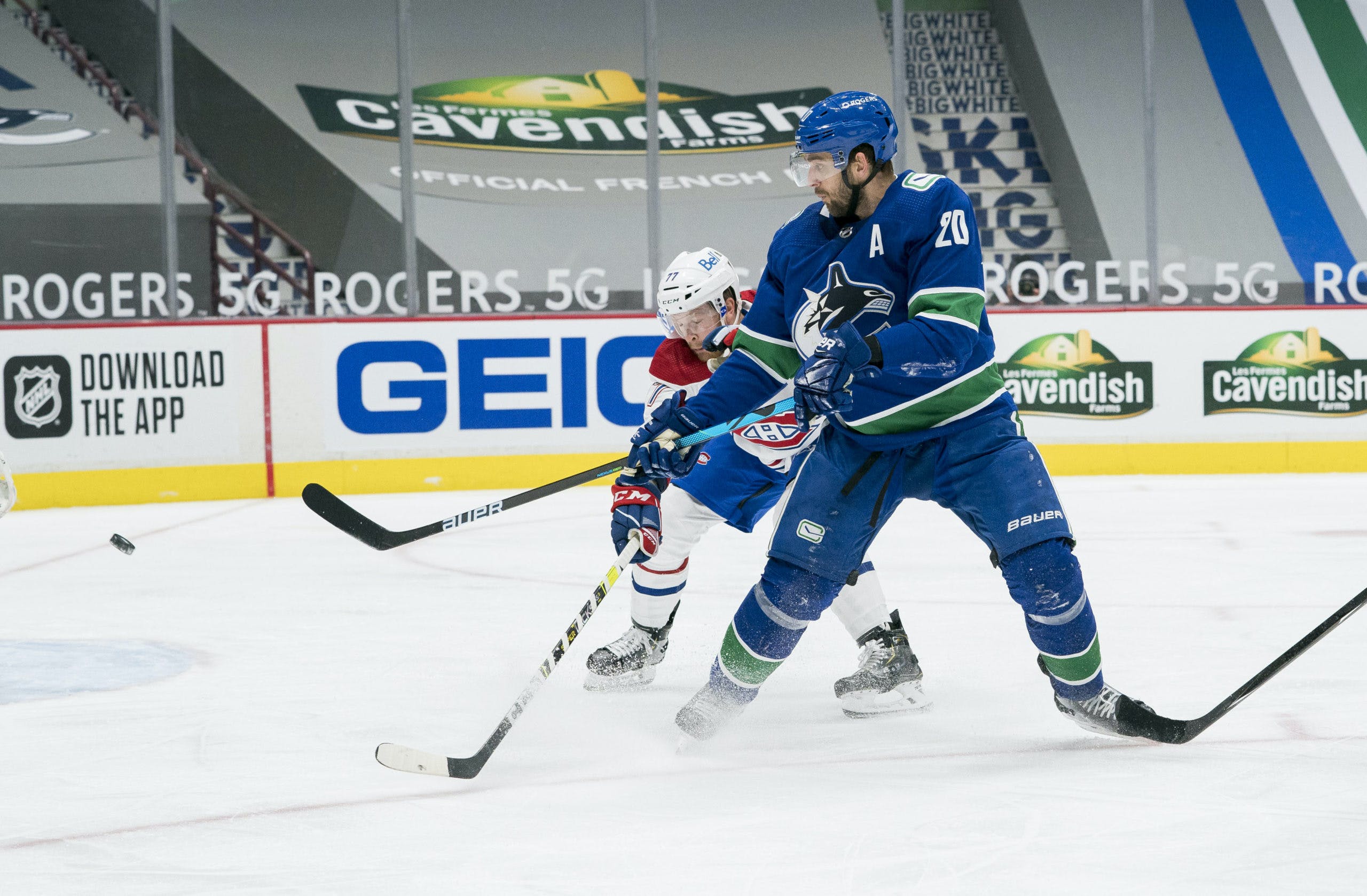 Much like the Bernie and his mitts meme dominating the internet, Tyler Toffoli and his filthy mitts are doing the same thing to the Canucks this week. It felt like it was going from bad to worse and then it actually did. The Canucks will try and salvage anything they possibly can after the colossal beat down they received by the Montreal Canadiens.
If ™ can stay out of the penalty box just long enough for the Canucks to gain some ground, it may not be all bad. After all, Brandon Sutter turned into Wayne Gretzky overnight so maybe things are looking up?
Let’s Do This!™

Jordie Benn is believed to be in the lineup tonight as Brogan Rafferty has been put back on the taxi squad. There is still no word on Alex Edler and Travis Hamonic is out for a few games. When will we see Loui Eriksson? The Canucks have taken a ton of penalties so why not have an expert PK specialist on the ice?
Braden Holtby should be starting but is there a definite number one yet?
CANUCKS LINES COURTESY OF DAILYFACEOFF.COM:
Joel Armia is in concussion protocol after ™ put a dirty hit his way and took him out of the game. Stay tuned to their taxi squad for the replacement.
Carey Price should start this evening.
CANADIENS LINES COURTESY OF DAILYFACEOFF.COM:

The Canucks aren’t as bad as they look. Puck luck is dominating this team and it’s going to take a garbage goal to bump the slump… well that and a win. Pettersson is due to get back to normal and I think we should all be thankful that the return of Boeser is overshadowing Petey’s performance.

Probably more of the same again tonight. Fewer penalties but a Canadiens win is most likely in the cards. If the game gets out of hand at least you have the rest of the evening to go out and do whate… nevermind, it’s still COVID.
Uncategorized
Recent articles from Always90four