CanucksArmy Game Day: Toffoli the Terrific, Brock is best, playoffs, and how good are the Canadiens? 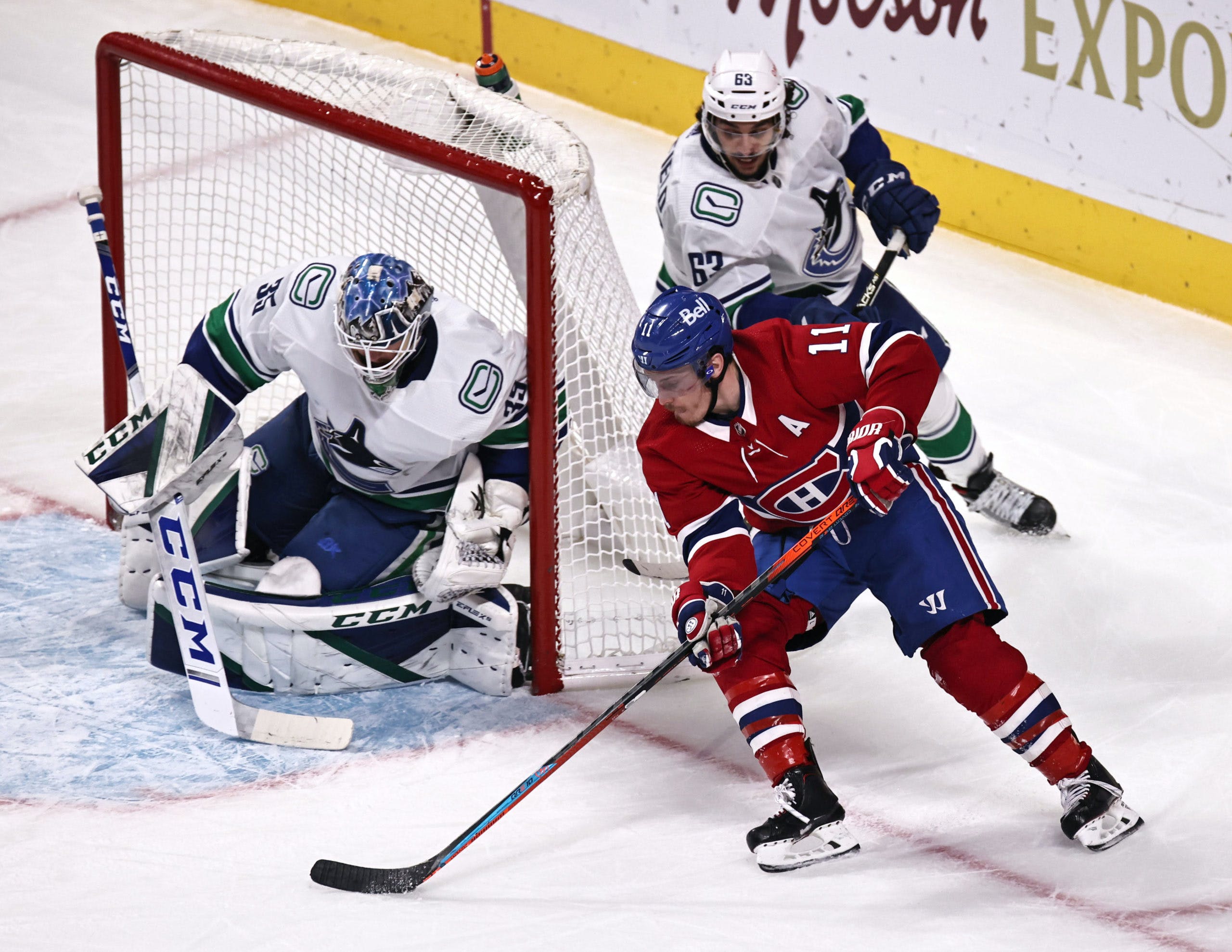 Are The Canadiens That Good Or Were The Canucks Just Not Ready?

The Canucks have assumed a lot of different identities this season and we’re only halfway there. They spent the first week figuring themselves out before getting destroyed by Montreal and then sweeping the Senators. It was a Jekyll and Hyde January before the team settled down and became a cellar-dweller for the month of February.
They’ve since flirted with win streaks and finally landed a double-knockout against the Leafs this past weekend. And after all of that craziness, they’re only four points back of the last playoff spot.
Montreal currently holds the fourth and final spot and if the Canucks can get a bit of luck going their way, they’ll be tied by the weekend.
That is, of course, if Tyler Toffoli doesn’t reassert himself as the legal owner of the Canucks.
Let’s Do This!™

What’s Up With Petey, Nils, and Jake?

Still no news on Elias Pettersson’s return but that speaks well for the revised line of J.T. Miller at centre flanked by Brock Boeser (elite winger) and Nils Höglander (super rookie). The power play has also seen a renaissance as all five members are getting a chance with the puck. What if this was the ultimate test for the Canucks? What if they needed to face the biggest challenge of them all: not losing, not scoring, but playing without the one they call Elias?
If only there was some sort of cap loophole the Canucks could have taken advantage of but it doesn’t seem to be the case.
Jake Virtanen is also getting the spotlight with Bo Horvat. He says he isn’t being showcased, but he is.

I had a good Saturday, not gonna lie. Picked Brock as the guy, called the score, and had Höglander scoring a goal, to boot! I don’t expect lightning to strike twice but I’m sure going to try. The hot money would be on Jake to get something going or even Bo to take the reigns but Alex Edler feels like a guy that’s due for a breakout. He isn’t on PP1 so his opportunities will be limited and his nine career points against the Canadiens don’t scream “Big Game Eddie”. He’s two shots away from 69 against the Habs so, at the very least, he gets that done.

Obviously, a Canucks win would be great. Winning on day one of Rrroll up the Rim, and um… Hypercolor Canucks shirts. These things were huge in the ’90s and they deserve a comeback because apparently tie-dye is a thing again and that’s ridiculous.
Uncategorized
Recent articles from Always90four