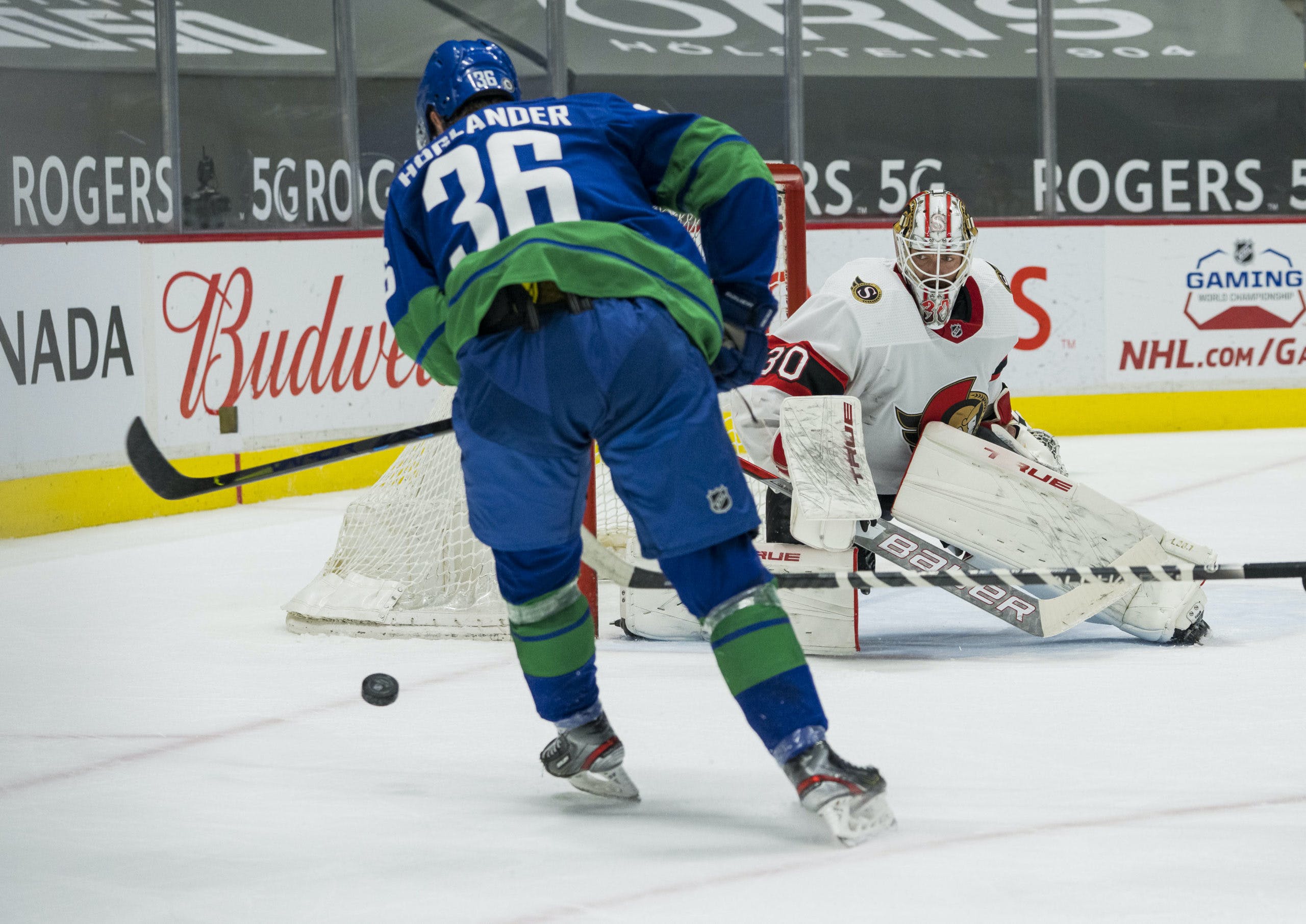 THE SENATORS ARE WHO WE THOUGHT THEY WERE

Just kidding. The Canucks get another chance to beat up on a team that doesn’t deserve to be in the same building as Vancouver. Despite the puck luck Vancouver experienced and the atrocious officiating, the Canucks weren’t out of that game. Matt Murray proved to be a Vezina candidate in his shutout but it feels like HE was the one that got lucky.
Thatcher Demko mentioned most of his teammates still aren’t at 100%, and yet they didn’t look out of place. With an off day for most of the team on Friday aside from a few at the optional practice, the Canucks should be ready to go.
Time to eat!
Let’s Do This!™

No More Pettersson But Kole Lind Will Play, Right?

Elias Pettersson did skate on his own but he is still far from returning. Rumours are a hairline fracture in his wrist and that’s his moneymaker. There is no reason for Petey to return so we’re cool with letting him rest. Unless it’s for cap reasons, Kole Lind needs to be in the lineup. Madison Bowey should get a look as well. Why trade for these guys if they don’t even get a sniff?
But back to Lind.
This guy needs to get a shot to play and against the Senators, there’s no way he falters. I mean, Erik Gudbranson is on the other side. Seeing that pylon get walked is reason enough. What’s the worst thing that can happen?
Just sayin’.

Why Isn’t Fin at games, Leivo and his COVID, Juolevi’s dangles, and Brock needs to score

Are the Canucks about to embark on an epic rebranding with the skate jersey and are slowly phasing out Fin?
Probably not, as Fin broke his silence: