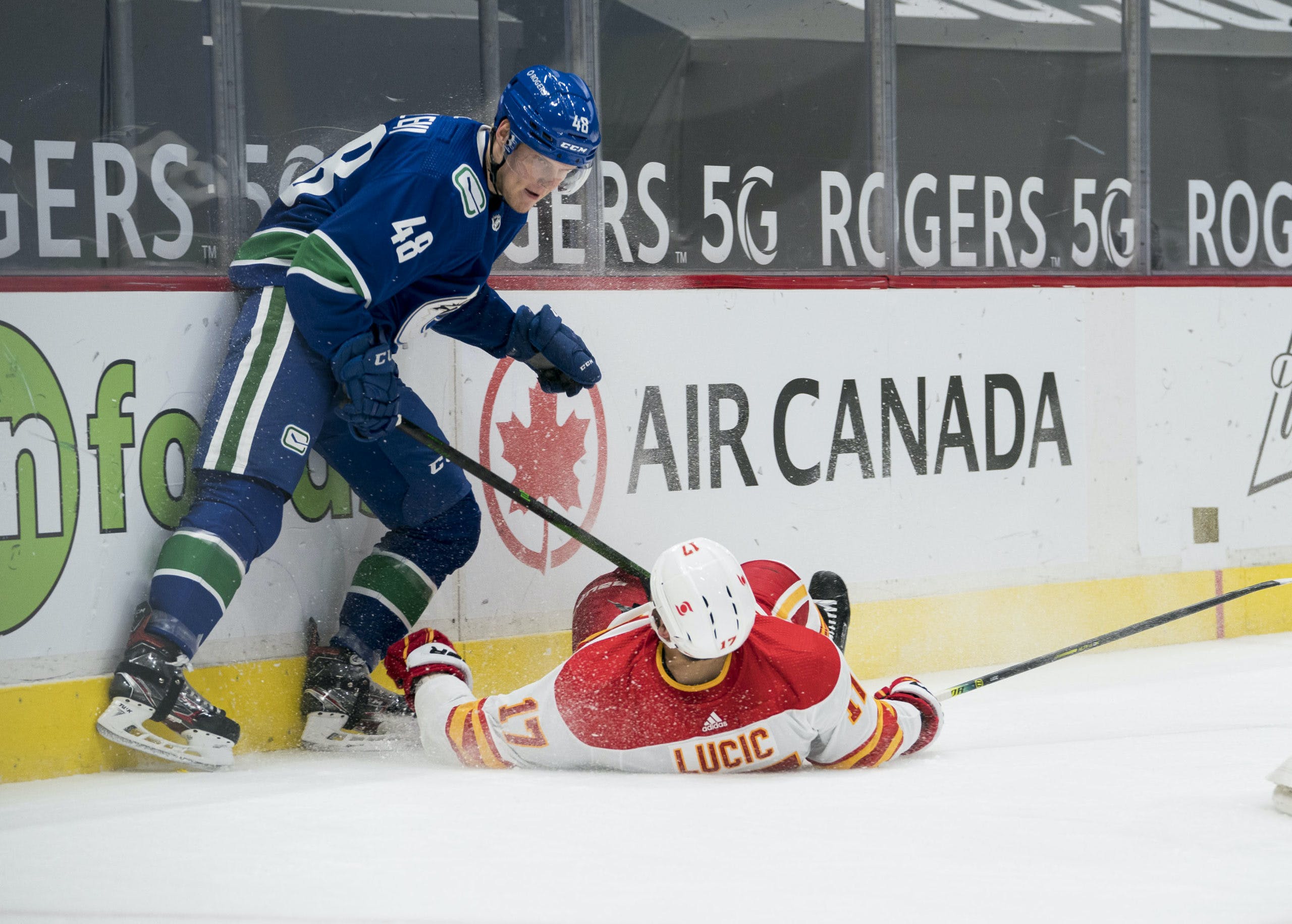 By Nation World HQ
1 year ago
by OddsShark (@OddsShark) – Sponsored Post
The Vancouver Canucks are 5-13 on the moneyline in their last 18 road games against the Calgary Flames. The Canucks will try to buck this losing trend with a road win over the Flames on Thursday night.
Vancouver is a +155 road underdog on the NHL odds in Calgary at sportsbooks monitored by OddsShark.com. The Flames (-175) are 15-15-2 as betting favorites this season (how sports betting works).
Canucks vs Flames | OddsShark Matchup Report
Tyler Demko stopped 39 of the 40 shots that he faced and Nils Hoglander scored two goals in Vancouver’s surprising 3-1 upset over the Winnipeg Jets on Monday night. The momentum of that win didn’t last long however as the Canucks were crushed 5-0 by the Jets on Tuesday night. Vancouver is now 2-2 over its last four games since going 0-6 over its previous six, so at least the team is showing a bit of fight down the stretch.
The Canucks are 2-0-1 in their last three games against the Flames per the OddsShark NHL Database. Calgary was 6-1 in its previous seven games against the Canucks before these last three games.
Calgary snapped a two-game losing streak with a 6-1 blowout win over the Ottawa Senators on Sunday night in which Johnny Gaudreau and Matthew Tkachuk both recorded a goal and two assists. The Flames have bounced back from a 1-8 slump that stretched through late March and early April to go 7-5 over their last 12 games. Their four remaining games this season all come against the Canucks.
Thursday night’s total is set at 5.5 goals at online sports betting sites. The UNDER is 4-1 in Calgary’s last five games.
The 2020-21 campaign wasn’t the season that either the Canucks or the Flames had in mind. Both teams made the playoffs in 2019-20 with promising young teams last year and both won their first-round matchups as well. Instead of taking a step forward this season though, Vancouver and Calgary both took a step backwards in the North Division and find themselves outside of the playoff picture with losing records.
These four postponed games down the stretch could have had a much different atmosphere if there were stakes on the line, but instead they will only serve to run out the clock on a disappointing year.
Check out OddsShark on Twitter and Instagram or head to YouTube for analysis on this week’s top games. As well, the OddsShark Computer serves up daily NHL betting picks.
Odds News
Recent articles from Nation World HQ