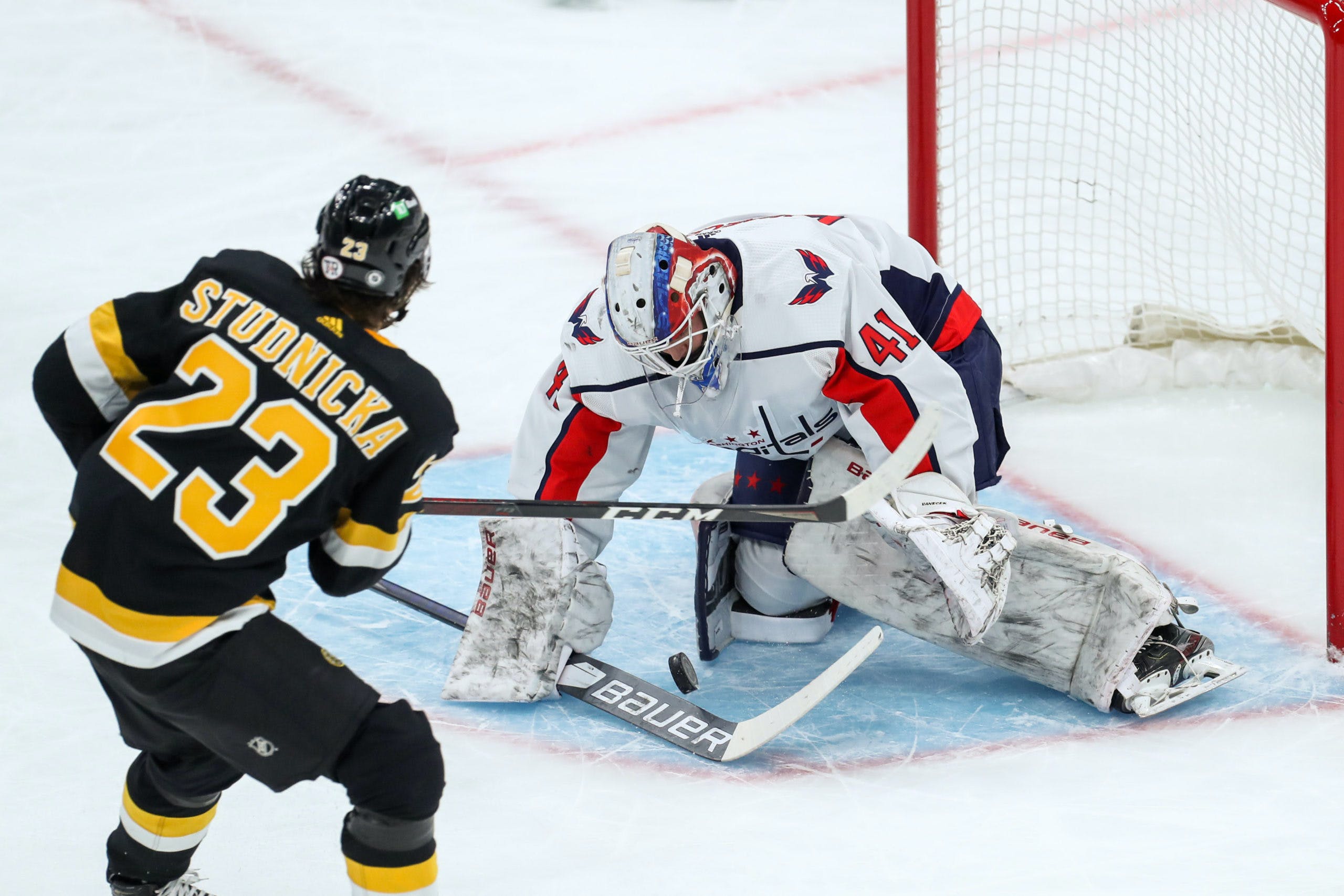 By David Quadrelli
26 days ago
The Vancouver Canucks have made their first trade since their disastrous start to the season.
And no, it wasn’t the big shake-up trade that some folks were hoping for.
Instead, the Canucks traded goaltender Michael DiPietro, along with their top right-handed defence prospect Jonathan Myrenberg to the Boston Burins in exchange for 23-year-old centre Jack Studnicka.
The trade came down less than an hour before the Canucks’ road matchup with the Seattle Kraken.
Studnicka was selected by the Bruins 53rd overall in the 2017 NHL Entry Draft, and has put up decent AHL scoring numbers through three pro seasons with limited results at the NHL level.
Studnicka tallied ten goals and 25 assists through 41 AHL games last season, and registered 23 goals and 26 assists through 60 games in his rookie AHL season back in 2019-20.
The Canucks drafted Myrenberg in the fifth round of the 2021 draft, and for those that follow our prospect coverage here at CanucksArmy, Myrenberg quickly emerged as the Canucks’ top right-handed defence prospect with his play in the SHL and the Allsvenskan league in Sweden.
DiPietro and the Canucks were always headed for a trade, as the young goaltender requested a trade out of the organization this past offseason, a request the Canucks made it clear they were willing to accommodate.
We’ll have a full breakdown of this trade in tonight’s edition of The Stanchies.
News
Recent articles from David Quadrelli