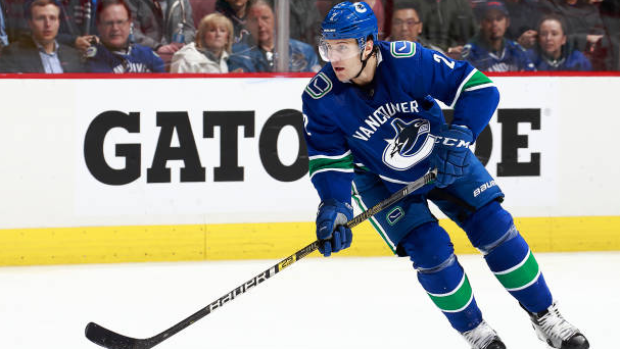 By David Quadrelli
1 year ago
The Vancouver Canucks have made three more signings on this busy free agent frenzy day.
According to Frank Seravalli of Daily Faceoff, the club has reunited with Luke Schenn — who holds the franchise record for most hits in a game with 12 — in the form of a two-year deal with an AAV of $850,000.
Schenn, 31, is coming off of back-to-back Stanley Cup wins with the Tampa Bay Lightning, who he appeared in 18 playoff games for over the past two seasons.
Also from Seravalli, the Canucks have signed defenceman Brady Keeper to a two-year, one-way deal with an AAV of $762,500.
Keeper provides the Canucks with depth on the right side and will likely report to Abbotsford for the beginning of the season.
Additionally, the club announced today that they have re-signed forward Justin Bailey to a one-year deal.
Bailey appeared in just three games with the Canucks this season, before suffering a shoulder injury that required surgery.
Uncategorized
Recent articles from David Quadrelli