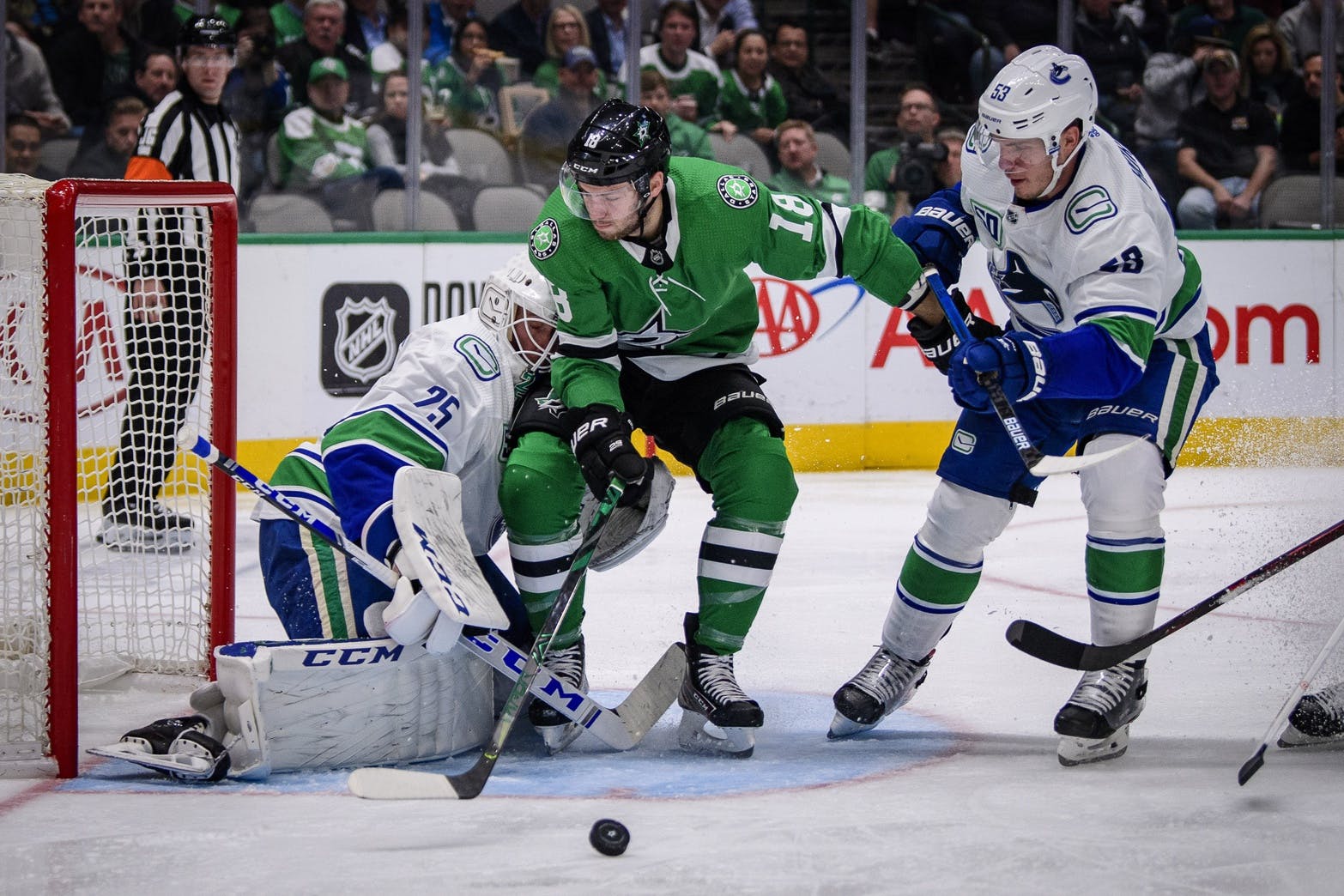 By David Quadrelli
1 year ago
The Vancouver Canucks have signed forward Jason Dickinson to a three-year deal with an annual average value of $2.65 million.
The Canucks acquired Dickinson from the Dallas Stars earlier this offseason in exchange for a 2021 third-round pick.
“Jason was an important addition for our forward group this summer and we’re pleased to have agreed to terms with him on a three-year deal,” GM Jim Benning said in a media release. “He’s a versatile player that can play on both the wing and at centre, and is also a strong penalty killer.”
Dickinson, 26, tallied seven goals and eight assists through 51 games with the Stars last season.
You can read a deep-dive on Dickinson’s game with video here.
Uncategorized
Recent articles from David Quadrelli