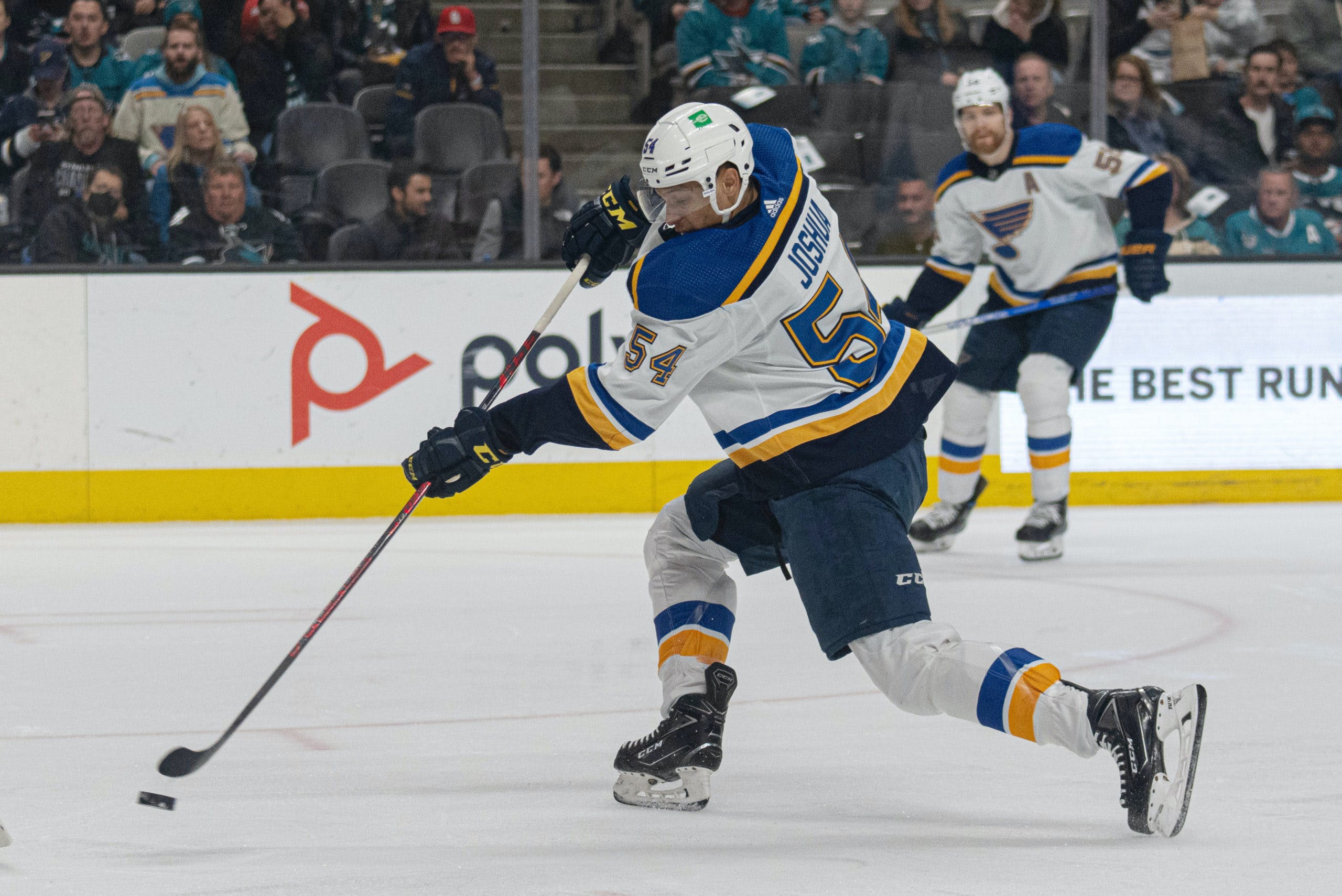 By David Quadrelli
4 months ago
The Vancouver Canucks have signed Dakota Joshua to a two-year, one-way contract.
Joshua is a 6’3 physical forward with four career fights through 42 career games.
The one-way contract suggests that the Canucks feel Joshua can be a regular contributor to their NHL lineup in a fourth-line role.
Additionally, the club agreed to terms with left-shot defenceman Wyatt Kalynuk on a one-year, two-way deal, adding to their defence depth.
Walynuk, 25, played the majority of last season with the Chicago Blackhawks’ AHL affiliate Rockford IceHogs, recording 27 points in 52 games played.
“Kalynuk’s game is all about creating advantages with his skating — he’s constantly trying to push the pace,” Elite Prospects’ J.D. Burke wrote. “That breakneck pace was especially present during his team’s sustained offensive zone possessions, where Kalynuk would activate so aggressively from the offensive blue line that it almost seemed at times as if he were a fourth forward. His ability to identify pockets of space and make well-timed entries really stood out for our staff, particularly in Kalynuk’s tape with the Rockford IceHogs at the AHL level.
“A technically refined skater with exceptional four-way mobility, Kalynuk was every bit as potent on the breakout, effortlessly evading forecheckers and leading the puck up ice to create zone exits and entries alike.”
You can watch the Daily Faceoff Show Free Agency Special below!
More from CanucksArmy:
Uncategorized
Recent articles from David Quadrelli