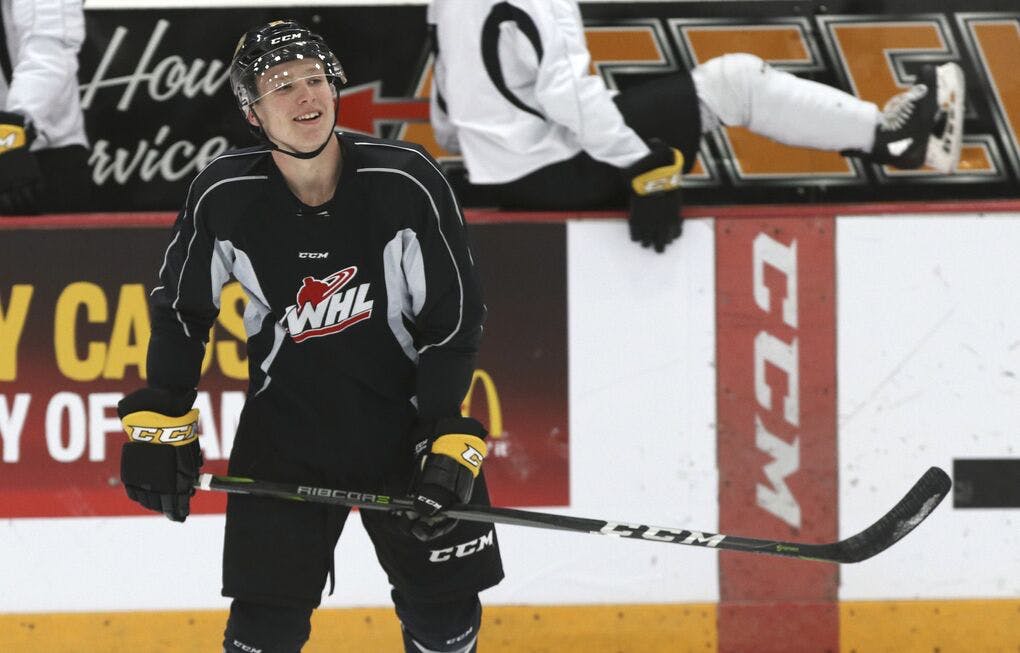 By David Quadrelli
4 months ago
The Abbotsford Canucks have signed left-shot defenceman Chad Nychuk to an AHL contract, the club announced Friday afternoon.
“Chad is a player we watched throughout his junior career,” said Abbotsford GM Ryan Johnson. “After making a very good impression at development camp in Vancouver, we are excited to have him join our group in Abbotsford this season.”
Nychuk — who’s nickname is the Rossburn Rocket — tallied 21 goals and 50 assists this past season with the Brandon Wheat Kings and was an invitee to the Canucks development camp this month.
We were out at development camp for all four days, and here’s what we had to say about Nychuk’s performance at the end of it all:

After scoring 21 goals in the WHL as a defenceman, Chad Nychuk is trending towards getting a pro contract and we hope it’s with the Abbotsford Canucks. He moves well for a guy who isn’t undersized at 6’1″.
He scored the overtime game-winning goal in the scrimmage and in the drills, he skates with and moves the puck with pace.
Nychuk was our favourite unsigned, undrafted player at the camp. We’d like to see him land in Abby this fall.

Simply put, this is a nice signing for the organization, in our eyes.
More from CanucksArmy:
Uncategorized
Recent articles from David Quadrelli