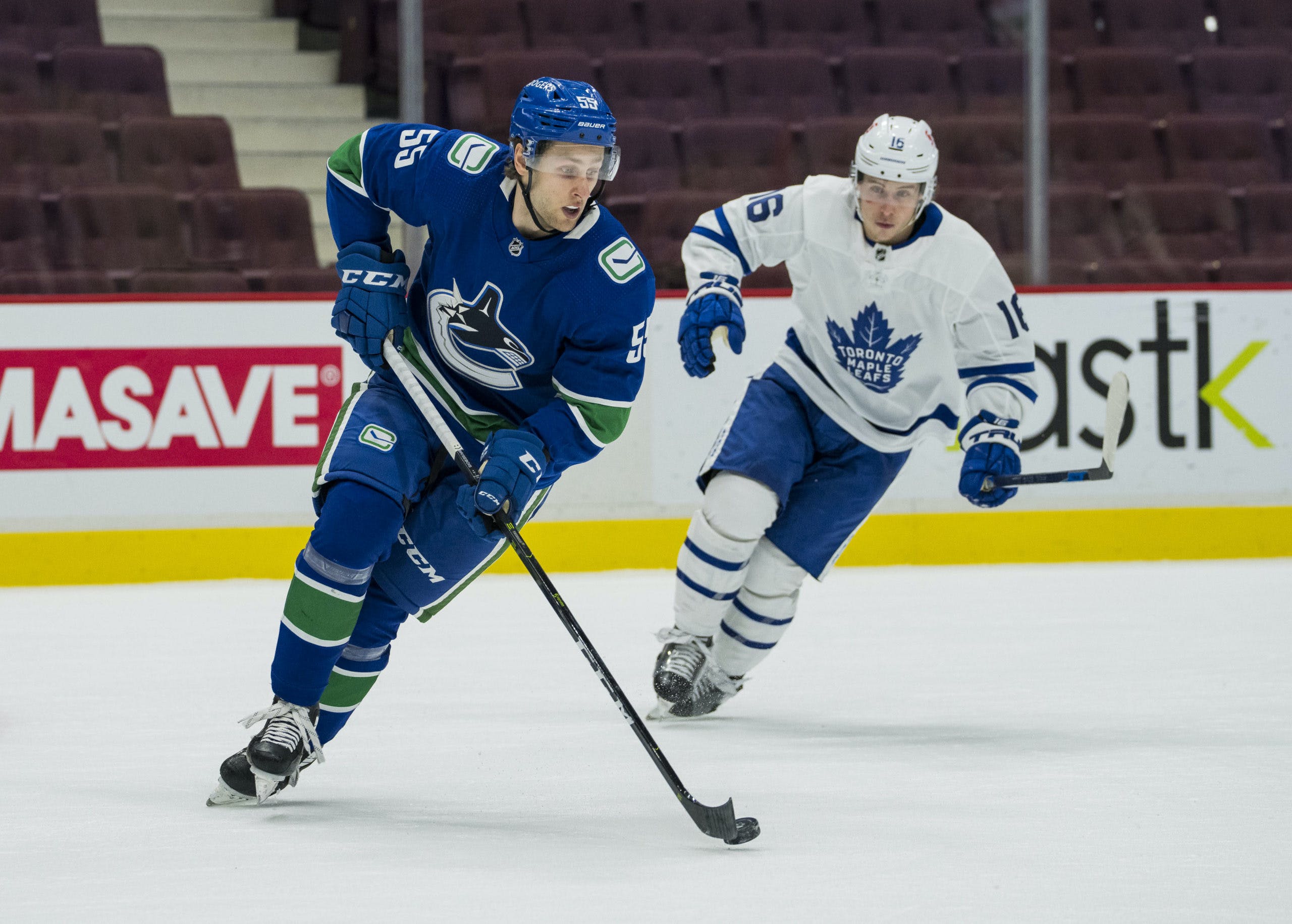 By David Quadrelli
3 months ago
The Canucks made a roster move ahead of their Monday night tilt with the Carolina Hurricanes, when Vancouver will chase their first win of the season for the seventh time this season.
The club has officially placed defenceman Tucker Poolman on injured reserve, a day after head coach Bruce Boudreau told reporters that Poolman is a tough situation for him to update because he’s had good days and bad days, in the words of the coach.
The club has also recalled defenceman Guillaume Brisebois up from the Abbotsford Canucks. As Cody Severtson stated in yesterday’s Farmies post game report, Brisebois didn’t play last night for Abbotsford in their 7-4 loss to the Coachella Valley Firebirds, so will be fresh if called upon today by the Canucks.
We’ll have a full scenes from morning skate article dropping shortly, but we can tell you that both Quinn Hughes and Riley Stillman are absent, so it certainly appears as though both Brisebois and Jack Rathbone will get into the lineup tonight.
UPDATE: A little bit later, Canucks head coach Bruce Boudreau told reporters that Quinn Hughes is now considered week-to-week, and Brock Boeser is day-to-day. You can read that here.
News
Recent articles from David Quadrelli