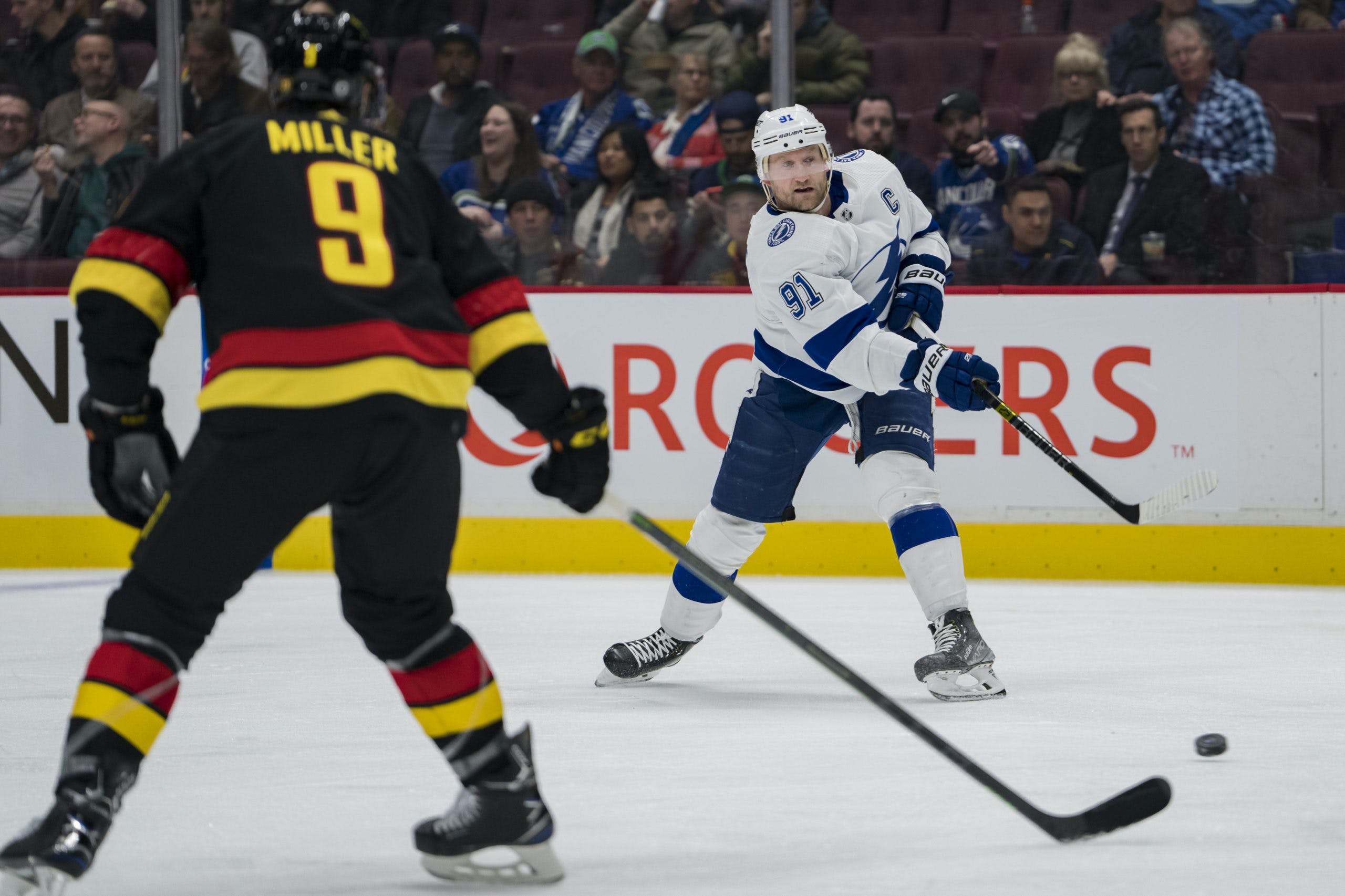 By Lachlan Irvine
15 days ago
After months of speculation and a week of known evidence, the Canucks finally unveiled their brand-new alternate jersey last night ahead of their matchup with the Tampa Bay Lightning.
After paying tribute to the late Gino Odjick with practice jerseys adorning his name during the warmup, the team hit the ice for puck drop in the newly reimagined Flying Skate uniforms as part of a surprise unveiling.
The new jersey features the Skate logo the Canucks used from 1978 to 1997, but with a complete absence of white on the uniform. The original block lettering for the names and numbers have also been replaced by the Agency font the team has used since 2007.
The red and yellow striping has been evened out, the arms include a sublimated ‘V’ pattern based off the team’s 1970 uniforms, and the underside of the collar includes a silhouette of the North Shore mountains.
The team’s return to the Flying Skate as an alternate jersey has been almost a half decade in the making after fans voted to bring it back for select games during the team’s 50th anniversary season in 2019-20.
Across various appearances over the last three seasons, the Adidas designed throwbacks also proved to be incredibly lucky. The Canucks posted a 6-0-1 record in the original throwbacks, while their updated counterparts debuted in a 5-2 loss to the Lightning last night.
And as with any changes to a long standing fan favourite, the reception to the new uniforms has been mixed.
Some were immediate fans of the new look:
Others felt it looked a bit off with the removal of white and the unfortunate inclusion of the green TD sponsor patch.
And in some cases, the idea of this jersey being at all related to its’ throwback inspiration was quickly cast aside.
One person who is a fan of the look? Andrei Kuzmenko, who scored the Canucks’ first goal in the new unis.
Luckily for Kuzmenko, the Canucks will wear the jersey ten more times this season, including tomorrow night against the Colorado Avalanche.
What do you think of the Canucks’ new Flying Skate jerseys? Will you be buying one? Let us know in the comments!
News
Recent articles from Lachlan Irvine