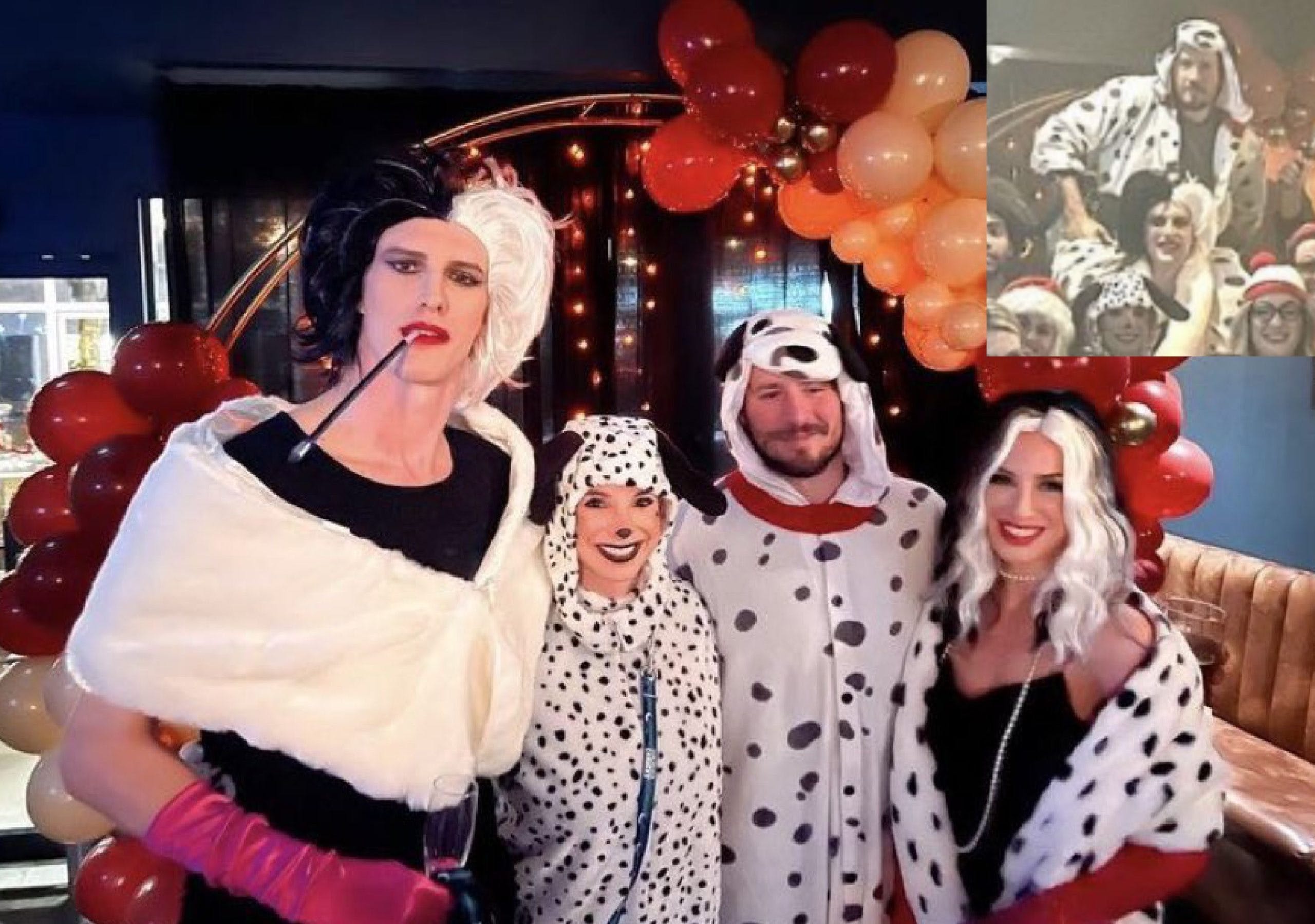 By Clarissa Sabile
1 year ago
Halloween fell on a day off for the Canucks this season, which meant their annual team costume party was as-scheduled. Last year, the team was unable to meet up in a group setting due to the pandemic, so they had a lot to make up for!
Keep in mind, my references were dark Instagram stories and a grainy group photo, so sending appreciation and a shoutout to Lexi Shaw @lexlexshaw and Natalie Miller @nmiller_02 on Instagram.
I’m begging players to come forth and post individual shots of their costumes soon, but as of today, let’s see how the Canucks, their children, and pets showed up for Halloween this year!

1. Thatcher Demko as an Oompa Loompa 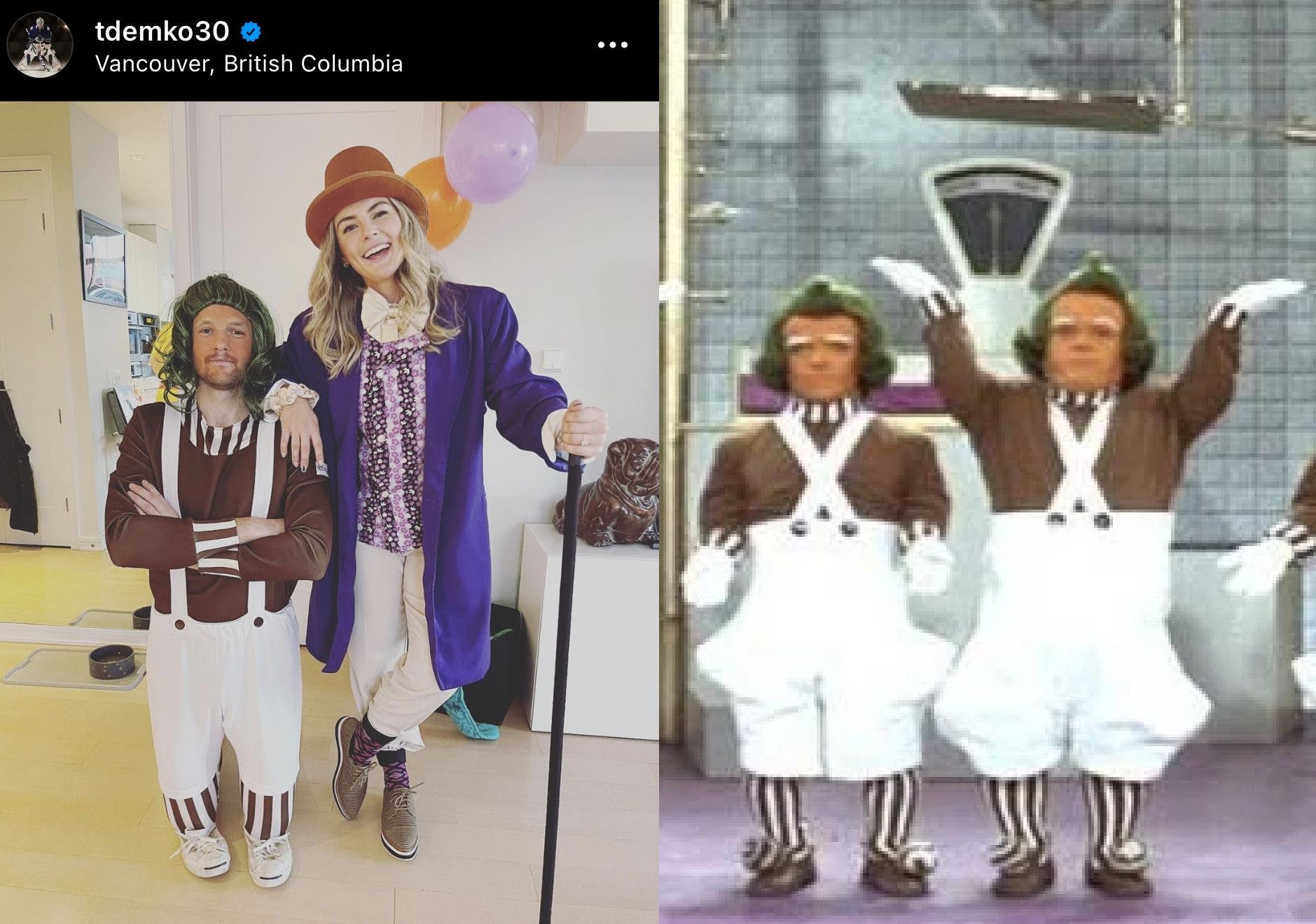 Alongside his fiancé Lexi as Willy Wonka, the Canucks goalie fully committed to the short, orange-faced workers from Charlie and the Chocolate Factory. It’s hilarious because he’s listed at 6’4″ tall, but he didn’t mind cutting off some inches for the role! Dickinson dressed up as Ron Swanson, and his wife was Leslie Knope from NBC’s Parks and Recreation. I got the moustaches wrong, that was on me, never again. (Thanks @arimychook and @TheDirtySantos!)

3. Nils Hoglander as a Viking 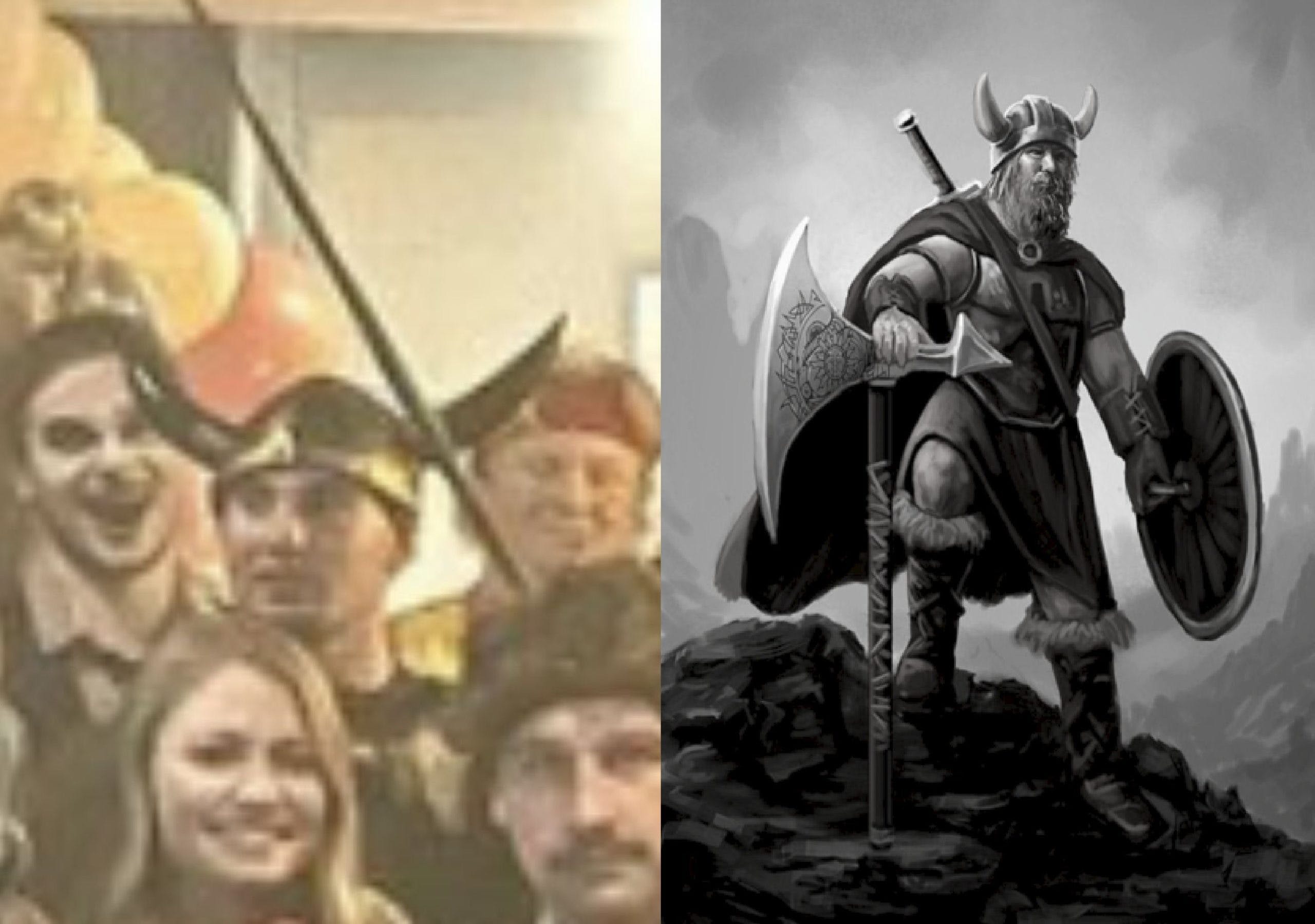 I wish we could see the full costume in all its glory, but Nils Höglander’s horned helmet gave away his ties to Scandinavian history.

4. Jaroslav Halak as a Pimp 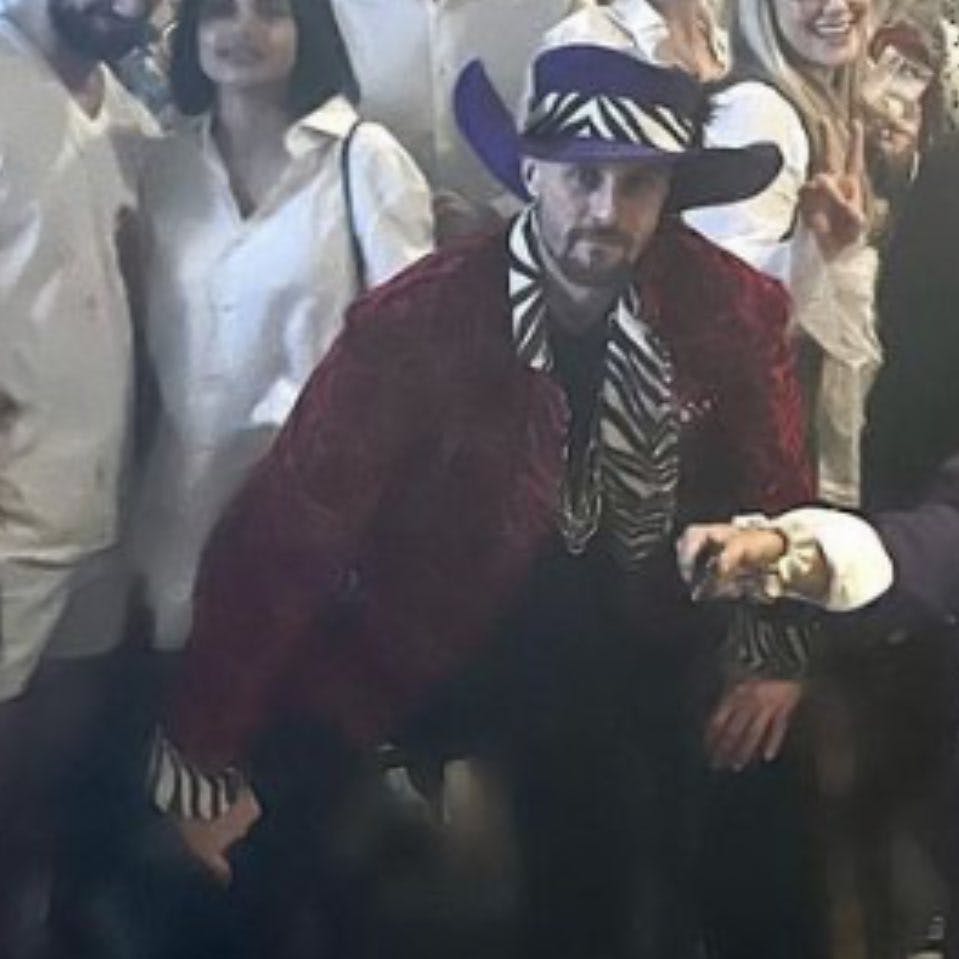 I had to do a double-take on this one, and had to confirm with a few people. But yes, that’s Canucks goalie Jaroslav Halak as a pimp. No words. 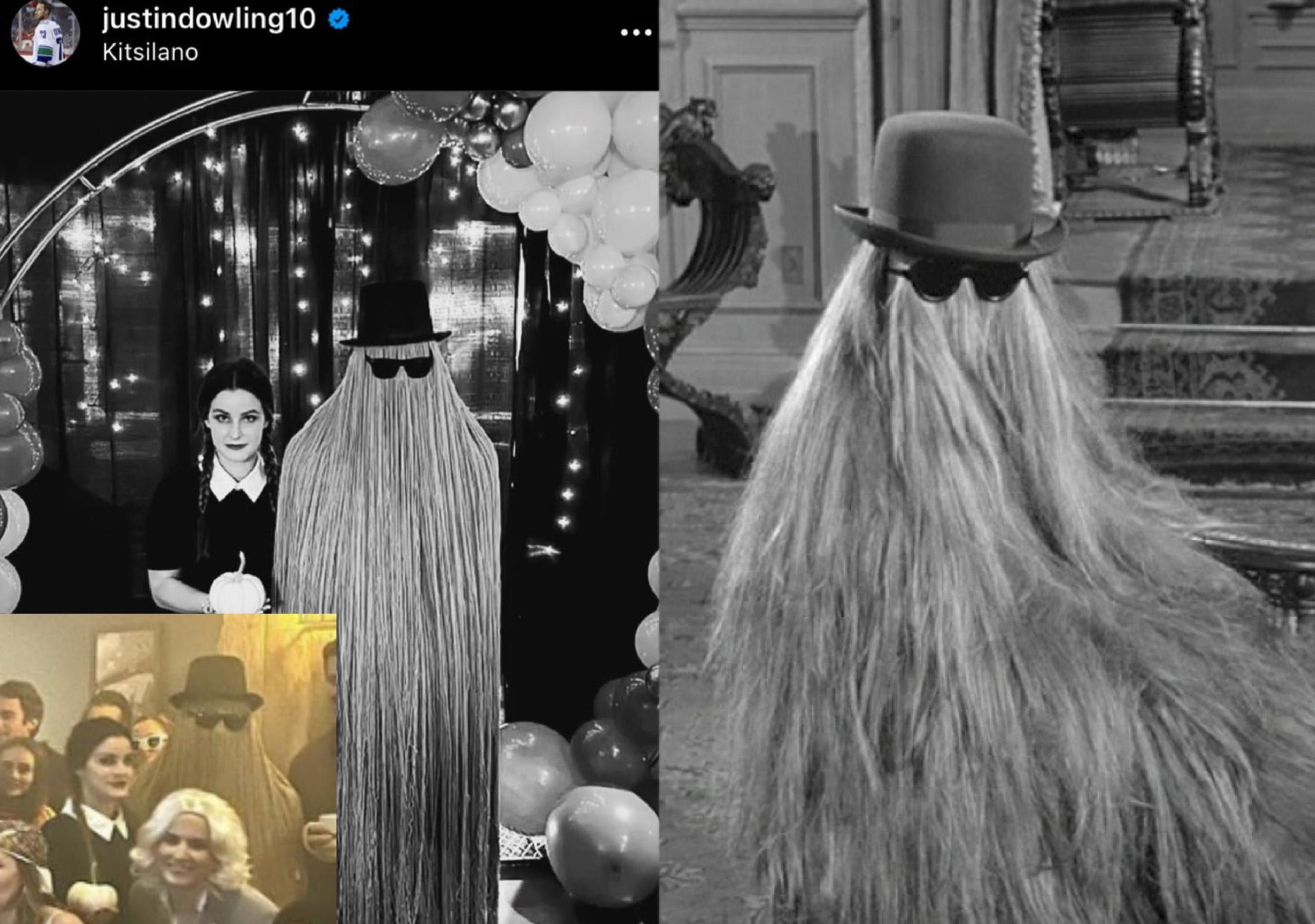 Dowling was another player who delivered this Halloween, casually walking into the function as hairy Cousin Itt with his wife as Wednesday Addams from The Addams Family. Calling it outstanding isn’t enough.

6. Vasily Podkolzin as The Joker 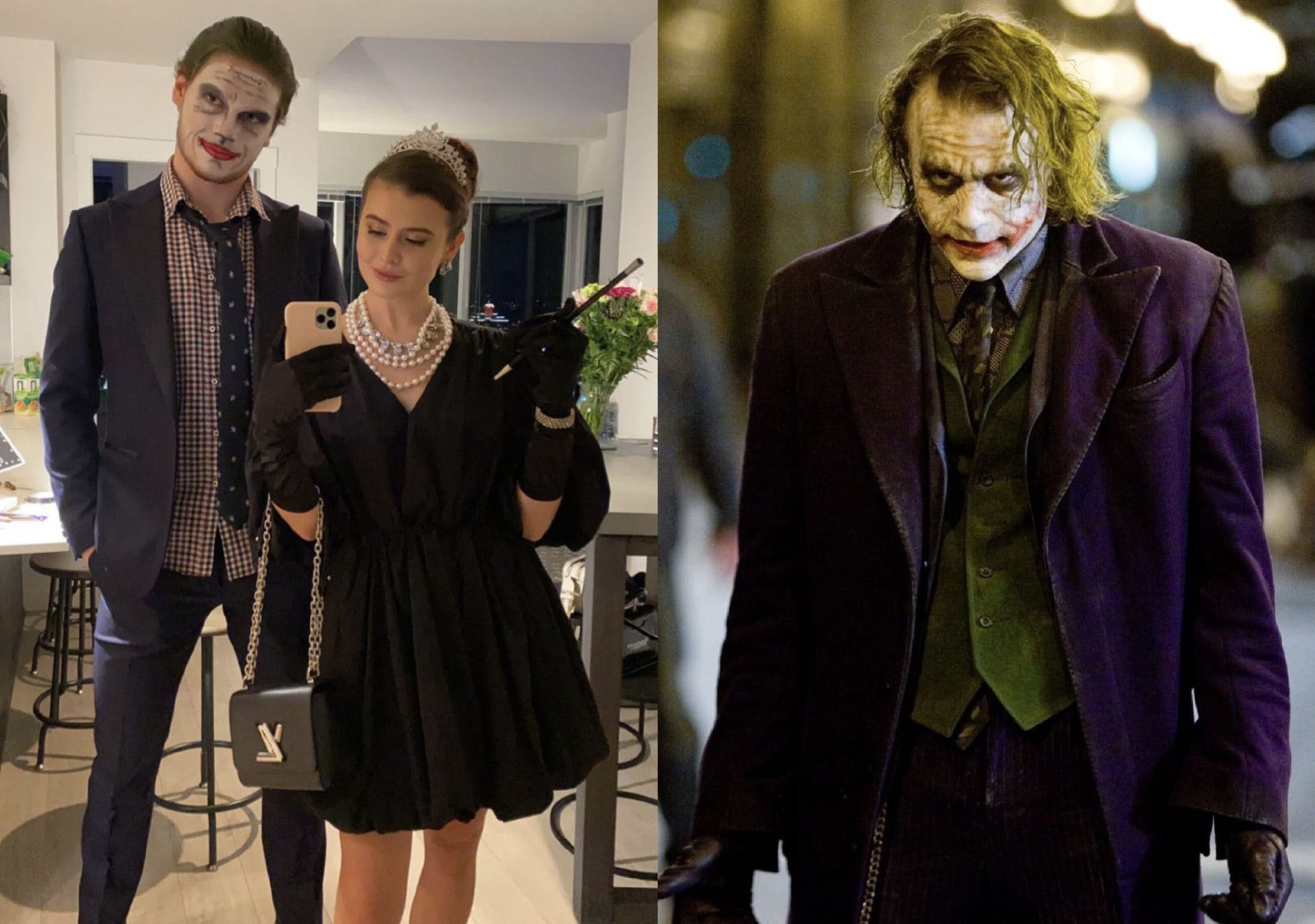 Podkolzin embodied Heath Ledger’s Joker in his first Canucks Halloween party. Points off for creativity, but his wife Sasha made up for it, as she achieved Aubrey Hepburn’s classic look from Breakfast at Tiffany’s. 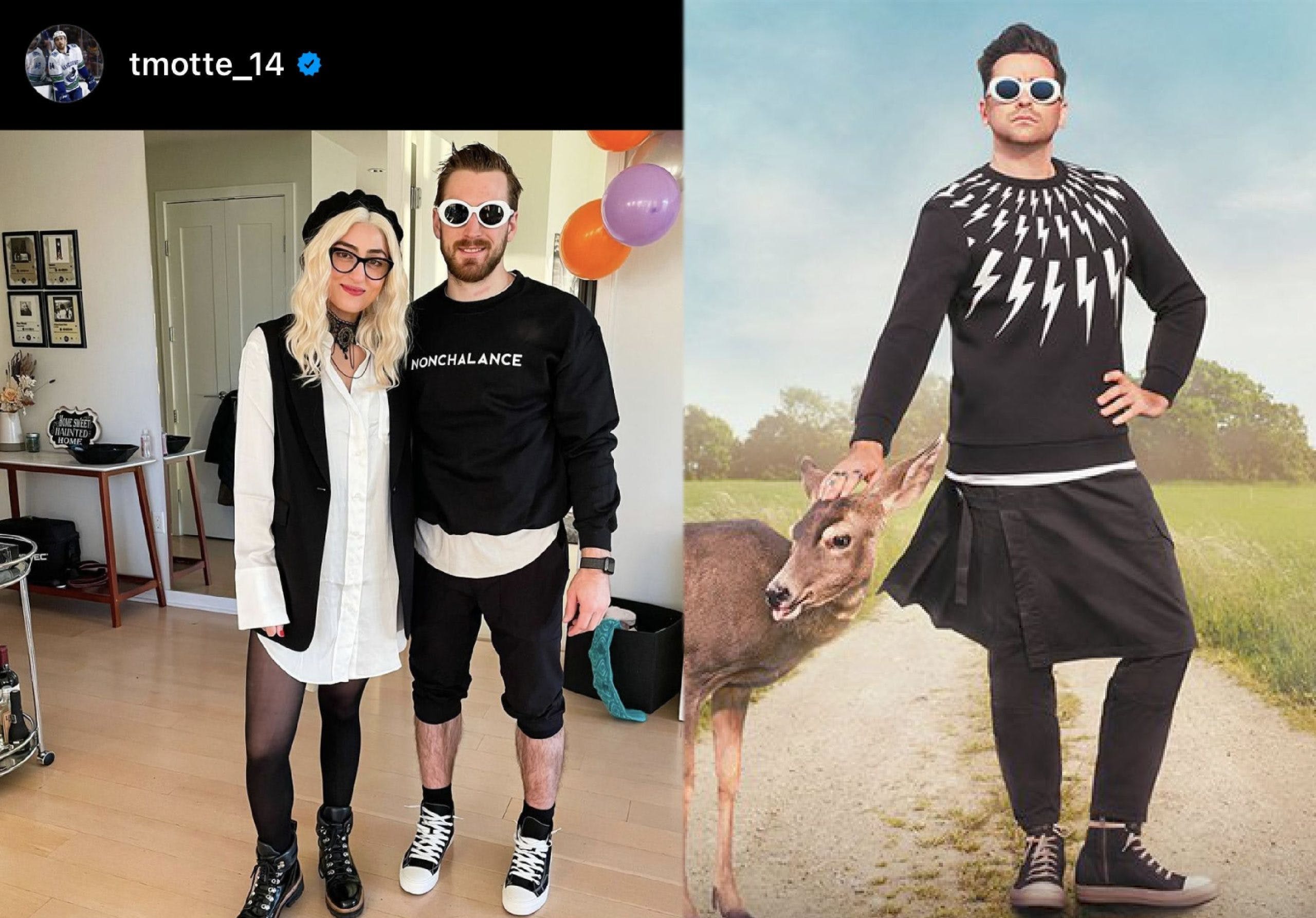 A Motte appearance in any way, shape, or form makes me happy. He showed up bespectacled as David Rose whilst his fiancé Adriana was Moira Rose from the Emmy award-winning sitcom Schitt’s Creek. His Instagram caption: “You fold in the cheese! You fold it in!” 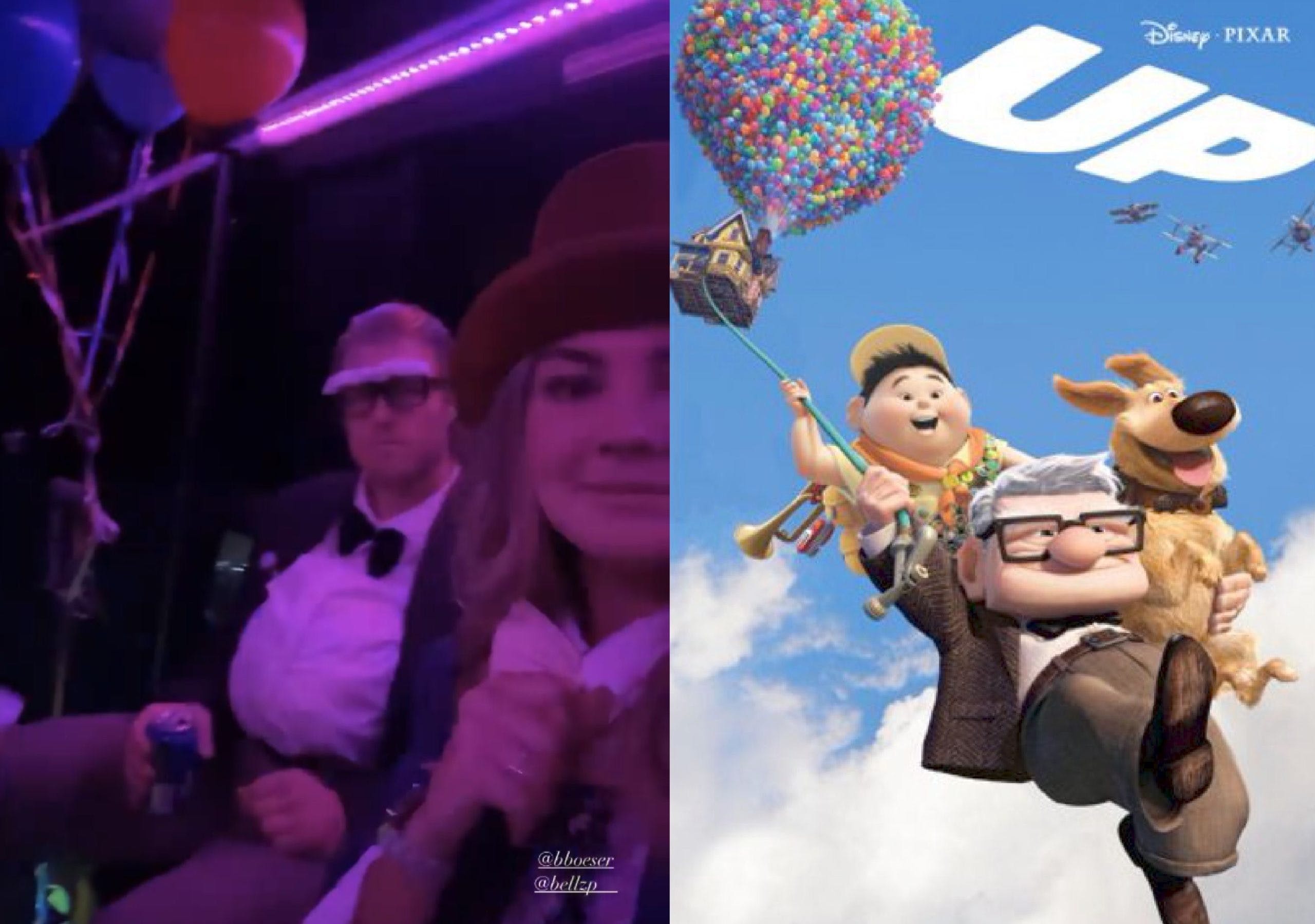 Always going all out on Halloween, Boeser went as Carl, the grumpy, old character from the emotional Disney movie Up! He had the furrowed brows, gut, and balloons to prove it, and this is definitely one I would’ve wanted to see in all its glory. 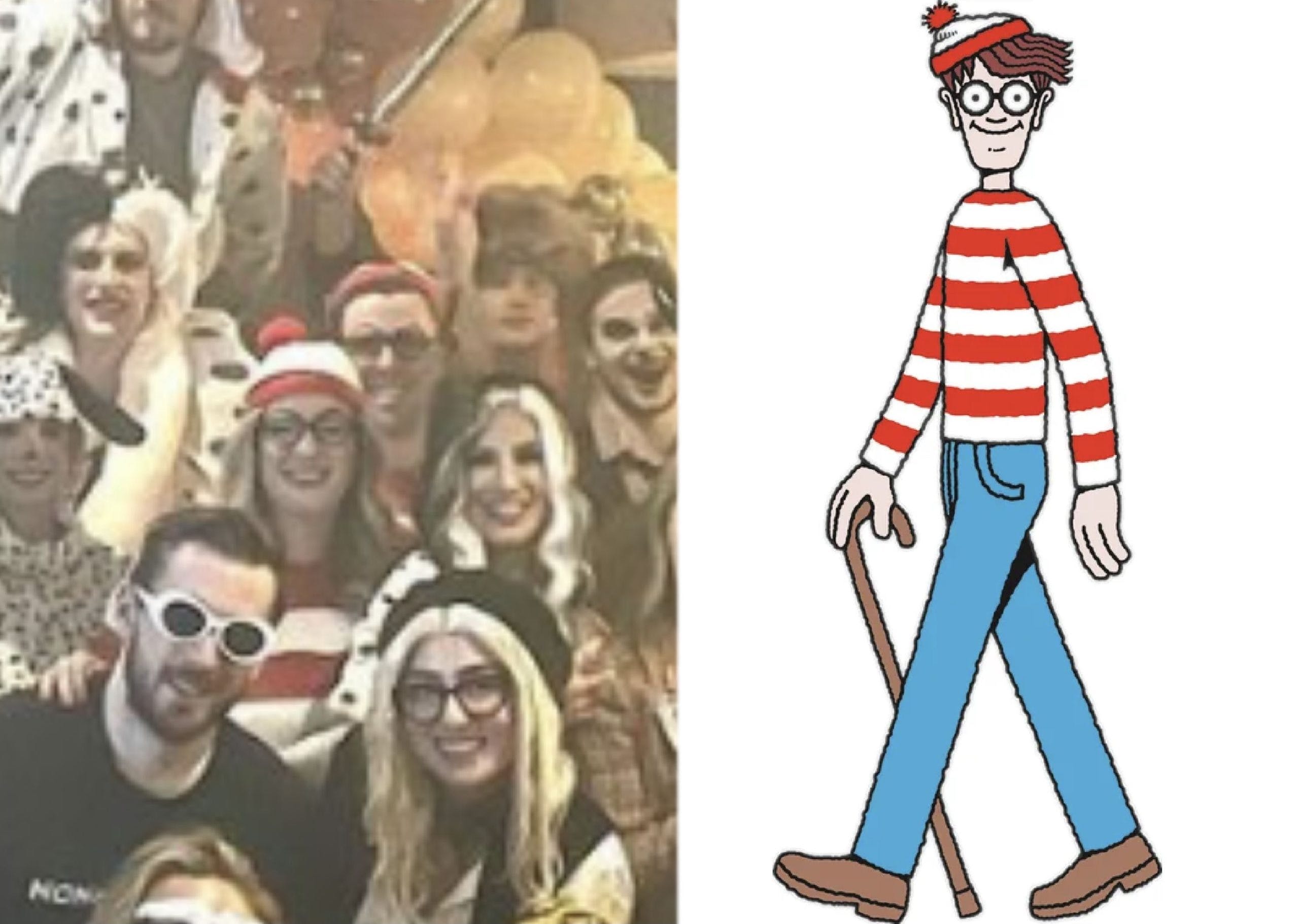 Pearson and his wife Meaghan went for the typical striped shirts and glasses to make for perfect Waldos. Wasn’t too hard to spot them! 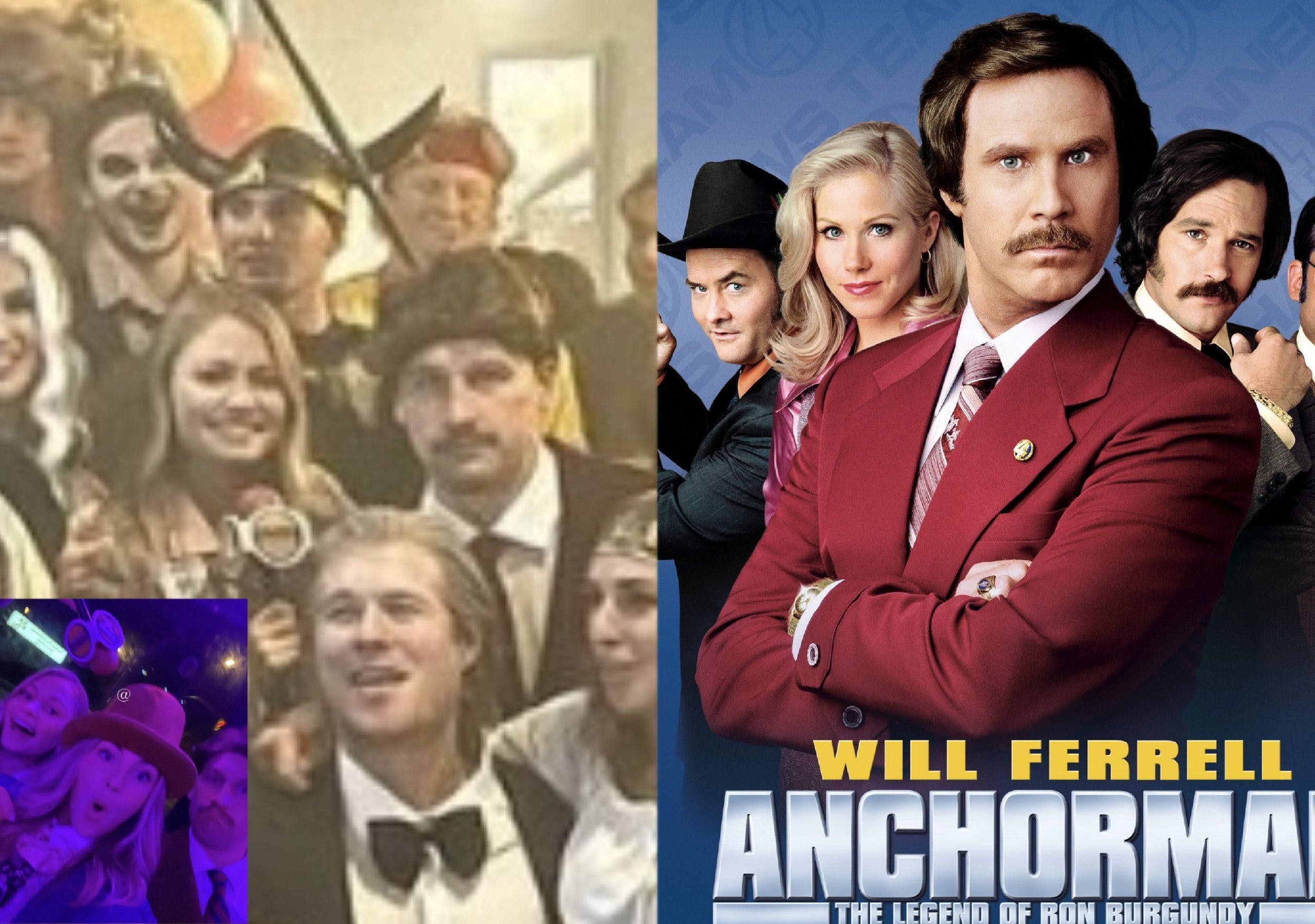 Would love to see the full fit, but Canucks defenceman Tucker Poolman deserves some claps for his clean suit and even cleaner moustache. He dressed up as Will Ferrell’s comical character Ron Burgundy from the comedy Anchorman.

11. Tyler Myers and JT Miller as Cruella de Vil and a Dalmatian Dog 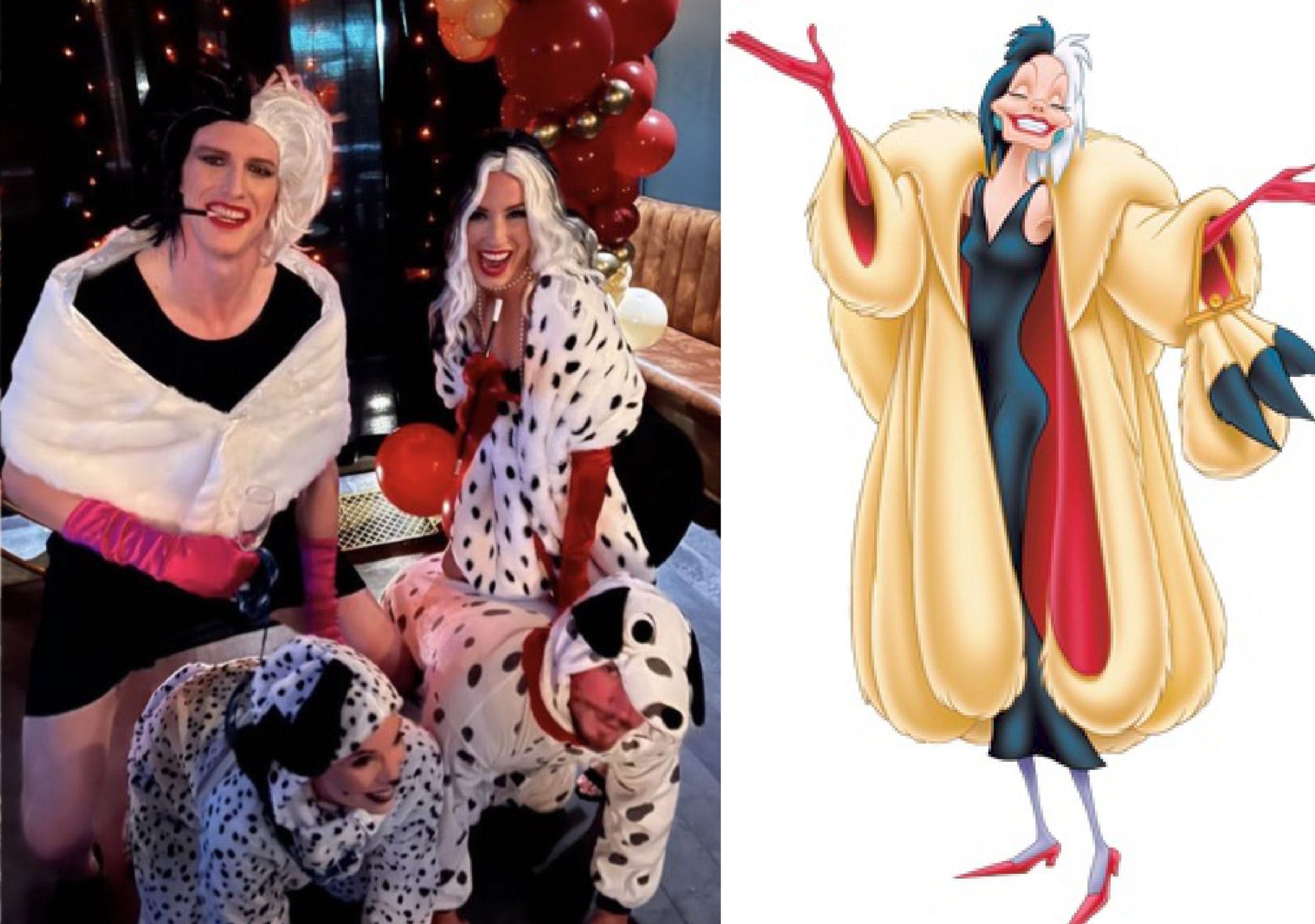 I think it’s safe to announce my winner of Canucks Halloween, of whom has already been winning the hearts of the fanbase this season: Tyler Myers as Cruella de Vil, the glamourous, fictional antagonist from 101 Dalmatians.
He matched a black and white wig, shawl, gloves, dress, and makeup with JT Miller’s wife Natalie, while his wife Michela and JT Miller dressed up as two out of one hundred and one dalmatian dogs. All the photos of these four from last night were the most amusing to see, and I’ll always appreciate a group costume.
Comment which Canucks player impressed you the most!
Uncategorized
Recent articles from Clarissa Sabile