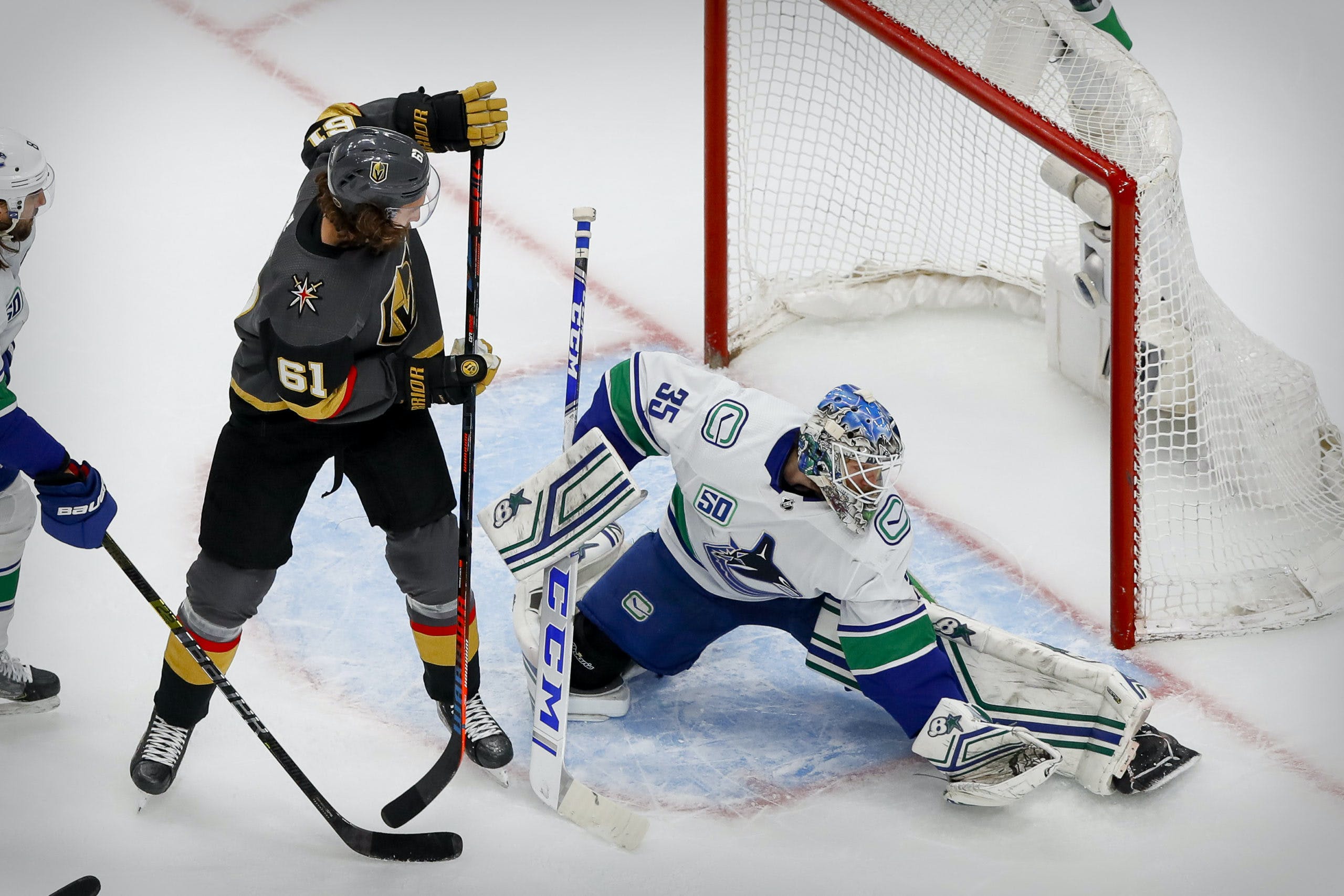 By Lachlan Irvine
9 months ago
At this time of year, every hockey game a team plays is their “biggest of the season”. For the Canucks, that feeling is even truer.
As Bo Horvat simply put it yesterday, it’s “crunch time”.
“Every team wants to win, every team has to fight for a playoff spot right now and I’m happy we’re getting right back at it,” Horvat said.
With eleven games remaining, the Canucks sit eight points behind the Dallas Stars for the second wild card spot in the West. This afternoon, the Canucks face another team chasing the Stars and fighting for their playoff lives; the Vegas Golden Knights.
The Knights sit seven points ahead of the Canucks with an extra game played, making their three tilts in the last month of the season all the more crucial. Any path to a playoff berth requires winning at least two of these games, if not sweeping the whole set.
That task is an extremely tall one for the Canucks. In their five years of shared history, Vancouver owns a dismal 2-8-1 record against Vegas and has yet to beat the Knights in regulation, outside of a few playoff games.
As the longest-tenured member of the blue and green, Horvat has been there for every single one of them. And he knows exactly what type of challenge he and his teammates are up against.
“That’s a team where we’re trying to catch and a couple other teams in front of us too. But those are huge, huge games for us,” Horvat said. “I say that all the time that every game is gonna be huge, but especially if that team is a divisional rival and you know they’re going to be ready for us.”
For Jason Dickinson, who’ll be returning to the lineup for the first time since injuring his leg against Calgary on February 24, he’s prepared to take it the challenge ahead one step at a time. But he knows how big the stakes are.
“Looking at it as the big picture it’s overwhelming. So I think you got to break it down game by game. Go into the next game and that’s all our focus is,” Dickinson said.
“This is going to be a huge week. I think we play [Vegas] three times in 10 days. And they’re the team that we really can make or break the decision for both of us.”
Horvat, who was sidelined with a non-COVID-related illness midway through the team’s last game versus the Blues, will also jump back into the lineup today on a line with Elias Pettersson and Brock Boeser. Dickinson will likely take the place of Brad Richardson on the fourth line, centering Nic Petan and Will Lockwood.
Thatcher Demko is expected to get the start for Vancouver in this all-important matchup, with rookie Logan Thompson likely getting the nod for Vegas. While the Knights have struggled with consistency all season long, Thompson has brought some surprising stability in goal lately, having won his last four starts.
Puck drop for the Canucks and Knights at Rogers Arena is scheduled for 4 P.M. Pacific, with television coverage on Sportsnet Pacific.
Uncategorized
Recent articles from Lachlan Irvine