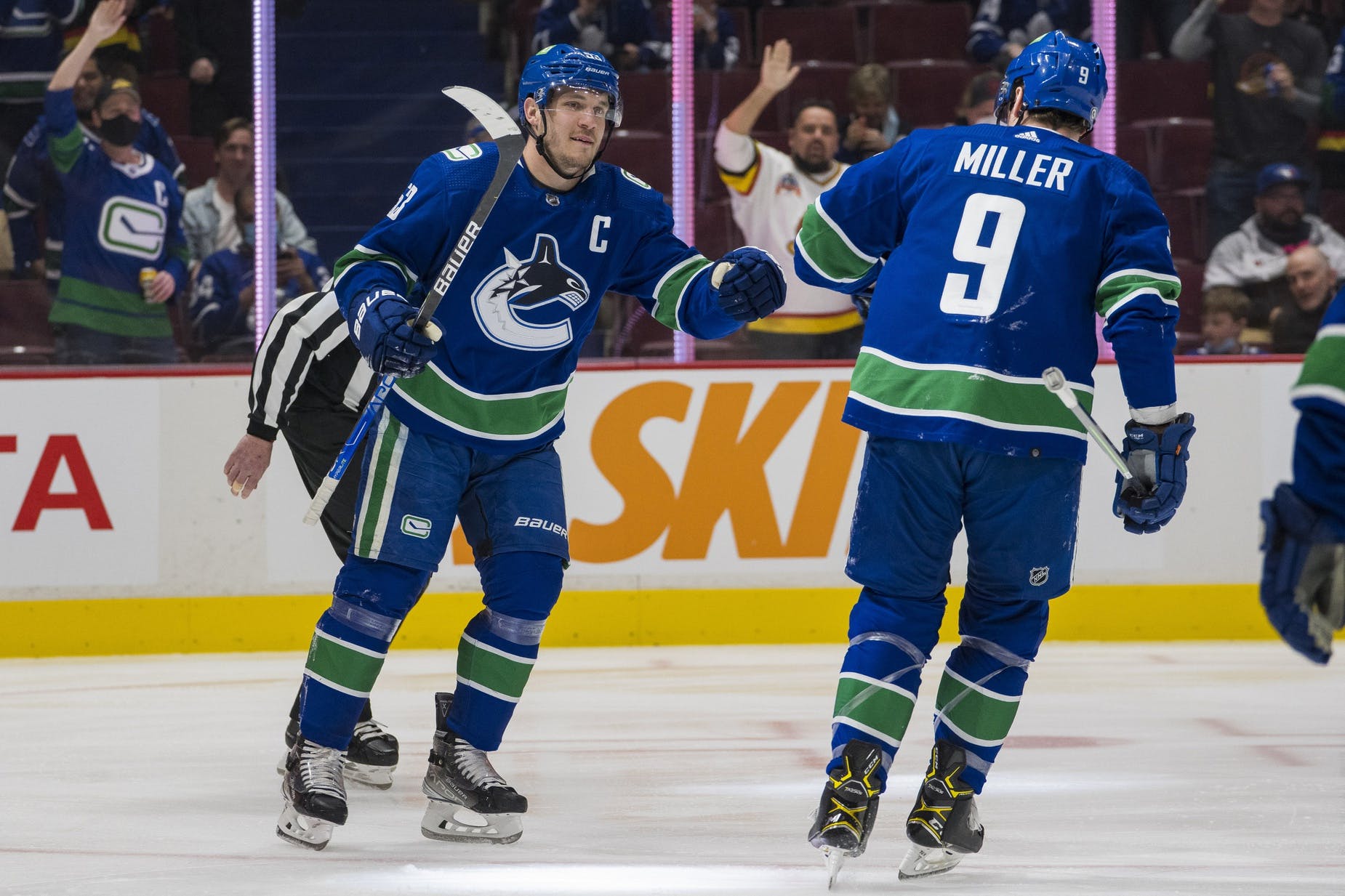 By David Quadrelli
5 months ago
On Sunday, Boston Bruins forward Patrice Bergeron was announced as this year’s Frank J. Selke Trophy recipient.
This is Bergeron’s fifth Selke Trophy victory. The award is bestowed to the National Hockey League forward who demonstrates the most skill in the defensive component of the game. The winner is selected by select members of the Professional Hockey Writers’ Association following the regular season.
And this year, Vancouver Canucks forwards J.T. Miller and Bo Horvat both picked up votes.
Miller received fourth place votes from Erin Brown of The Hockey News and Sheng Peng of Fear the Fin, meaning Miller finished 23rd in overall voting.
Horvat was tied for 34th with Sidney Crosby, Anton Lundell, and others after receiving one fifth-place vote from Postmedia’s Ben Kuzma.
Bergeron won the Selke after receiving 160 of 195 first-place votes.
A full breakdown of voting can be found here.
Uncategorized
Recent articles from David Quadrelli