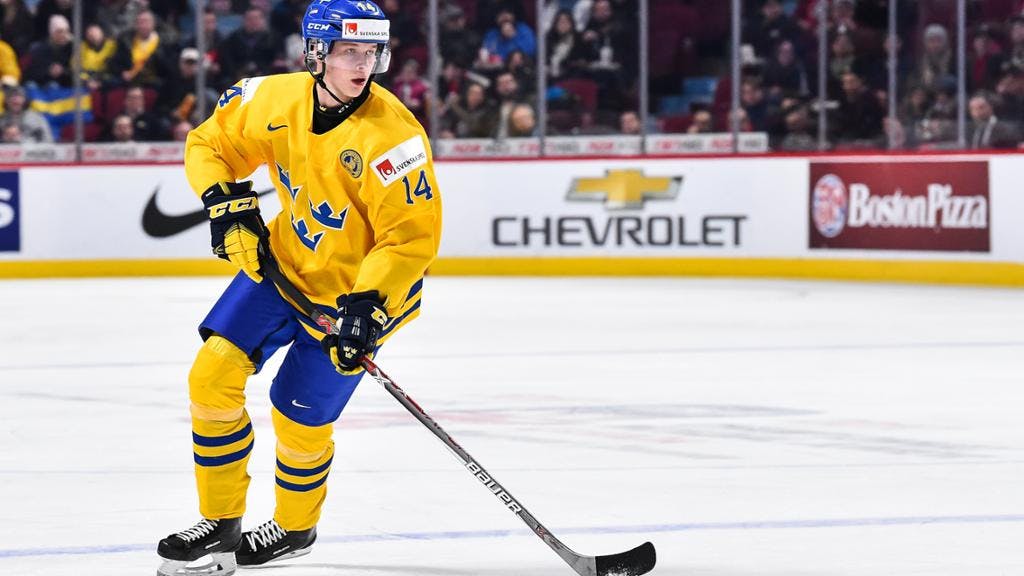 By David Quadrelli
1 month ago
The choice was simple, really.
How can you not root for a guy who shares the same name as you and is representing the same country you represented at the same tournament just a few years prior?
For Vancouver Canucks forward Elias Pettersson, the choice is simple, really. Elias Pettersson, the 18-year-old defence prospect who the Canucks selected in the third round of the 2022 Draft, was the simple choice for Pettersson — the NHL player — when stating his favourite player to watch at this year’s World Junior Championship.
Well, he and Jonathan Lekkerimäki, who the Canucks selected with the 15th overall pick of the 2022 Draft. Lekkerimäki and Pettersson’s Team Sweden have won their first two games of the tournament.
In their first game on Boxing Day, Sweden picked up a commanding 11-0 victory over an outmatched Austrian squad. In that game, Elias Pettersson (the recent draft pick, obviously) picked up an assist, showed off his defensive capabilities, and displayed sharp decision-making skills with the puck in his own end that made fans wonder if he would be the third or fourth-best puck mover on the Vancouver Canucks right now.
Lekkerimäki, on the other hand, rifled home a beautiful shot and added an assist in the win over Austria.
On Tuesday morning against Germany, Sweden generated just one goal off of 44 shots, but it was good enough for the win. The goal, which came late in the first period, was scored by Montreal Canadiens third-round pick Adam Engstrom, and was assisted by San Jose Sharks first round pick Filip Bystedt.
Although neither Pettersson nor Lekkerimäki picked up points in the win over Germany, Pettersson continued to show off his strong defensive game and even showed off some physicality.
The two Swedish Canucks prospects who Pettersson is rooting for will be in action next on Thursday morning at 10:30 AM.
News
Recent articles from David Quadrelli