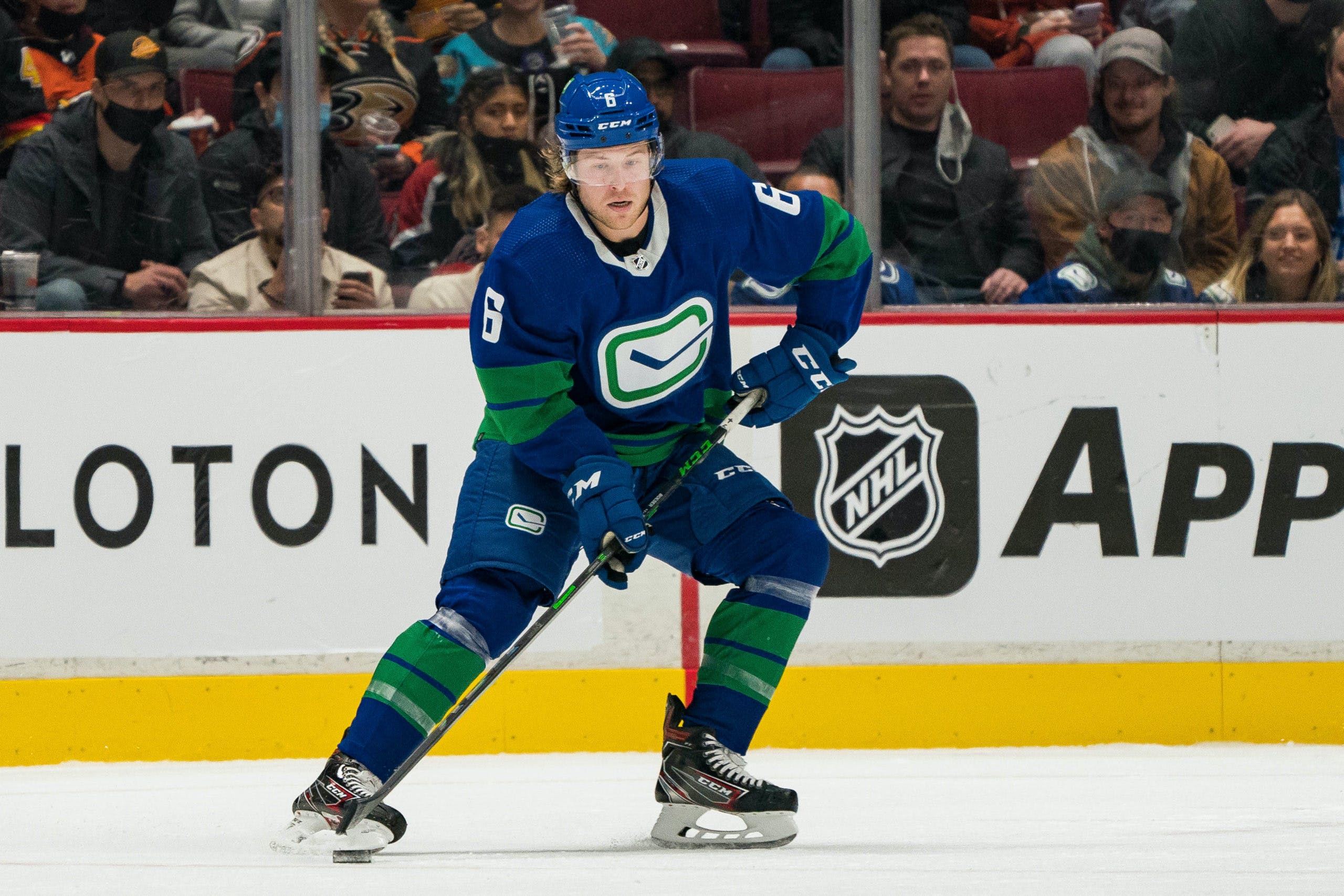 By David Quadrelli
4 months ago
You may have noticed that Brock Boeser wasn’t on the ice in either of the Vancouver Canucks’ split-squad preseason games against the Calgary Flames on Sunday night.
After hurting himself at practice on Saturday, September 24th — the third and final day of training camp in Whistler — Boeser underwent successful hand surgery, the Canucks announced late Monday morning.
Boeser’s expected return is in 3-4 weeks.
In a season hampered by off-ice turmoil with his father’s ailing health, Boeser still managed to put up 23 goals and 23 assists through 71 games last year.
Boeser was eager to show what he can do on the ice with a clear mind this season, and the word around the Canucks’ locker room all through training camp was that his teammates felt he was due for a big season. At camp, Boeser told reporters that he feels that “this is the year” he finally reaches the 30-goal mark.
Starting the season on the injured reserve is certainly not what the American sniper had in mind.
More to come.
Content
News
Recent articles from David Quadrelli