Canucks acquire Jason Dickinson from Stars for 2021 third round pick 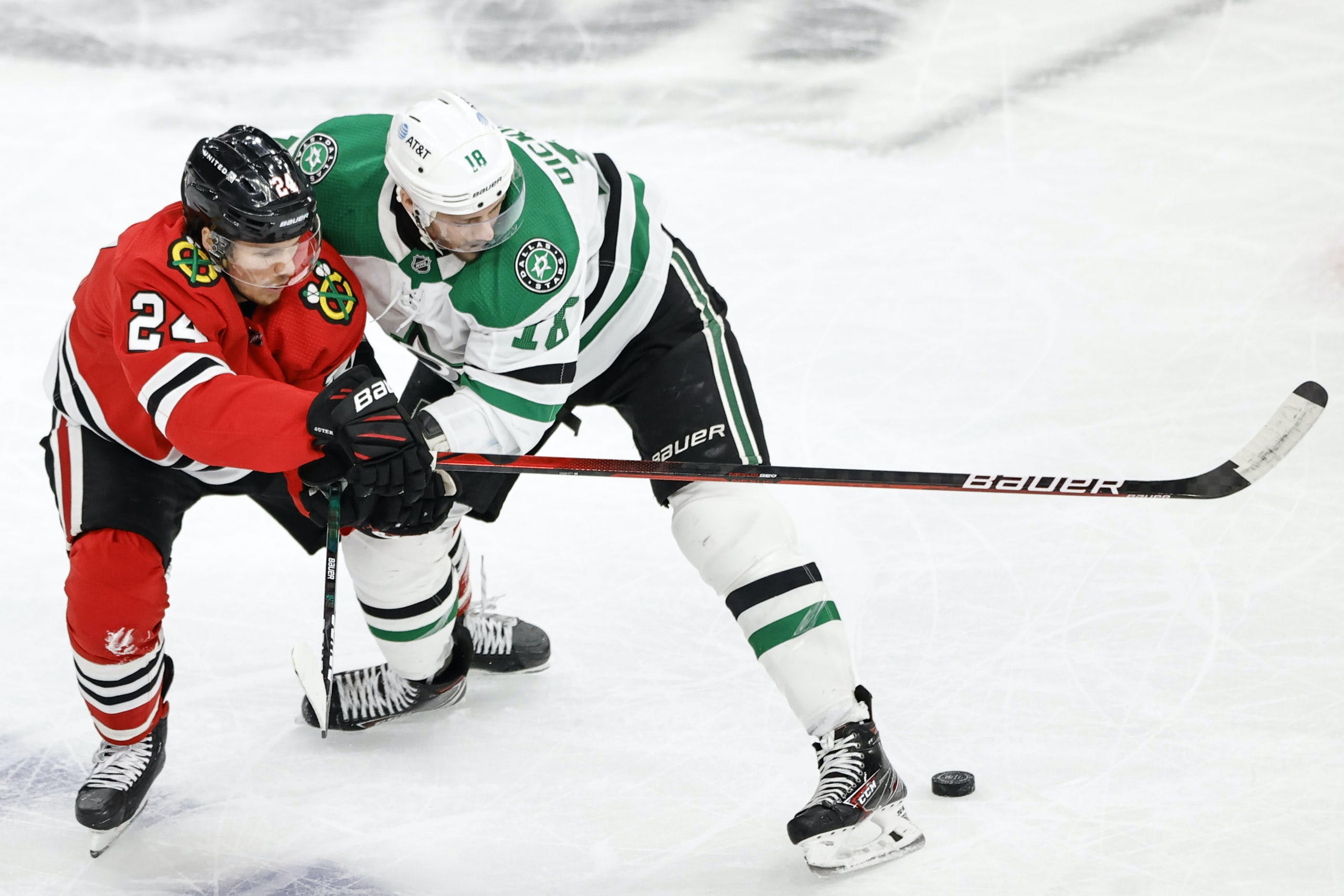 By David Quadrelli
1 year ago
The Vancouver Canucks have acquired centre Jason Dickinson from the Dallas Stars in exchange for a 2021 third-round pick, according to Sportsnet’s Elliotte Friedman and The Athletic’s Thomas Drance.
Dickinson is a defensively responsible two-way forward and led all Stars forwards in penalty kill time over the past two seasons.
Dickinson is also a pending RFA with arbitration, and will need to be re-signed before he can suit up for the Canucks.
Jim Benning told The Athletic that the Canucks have “a good idea of what it looks like” to get an extension done with Dickinson, as they got permission to talk to Dickinson’s agent, Pat Morris, prior to making the trade.
The Canucks got their third-line centre, and used their leverage to acquire a player that Dallas was likely going to lose for nothing in the Seattle expansion draft.
With the trade, this likely means that the Canucks will leave Kole Lind unprotected in the expansion draft, but those lists don’t become official until tomorrow morning.
Check back at 7 AM tomorrow for a full deep dive into Dickinson’s game and what he’ll bring to the table for the Canucks.
Uncategorized
Recent articles from David Quadrelli