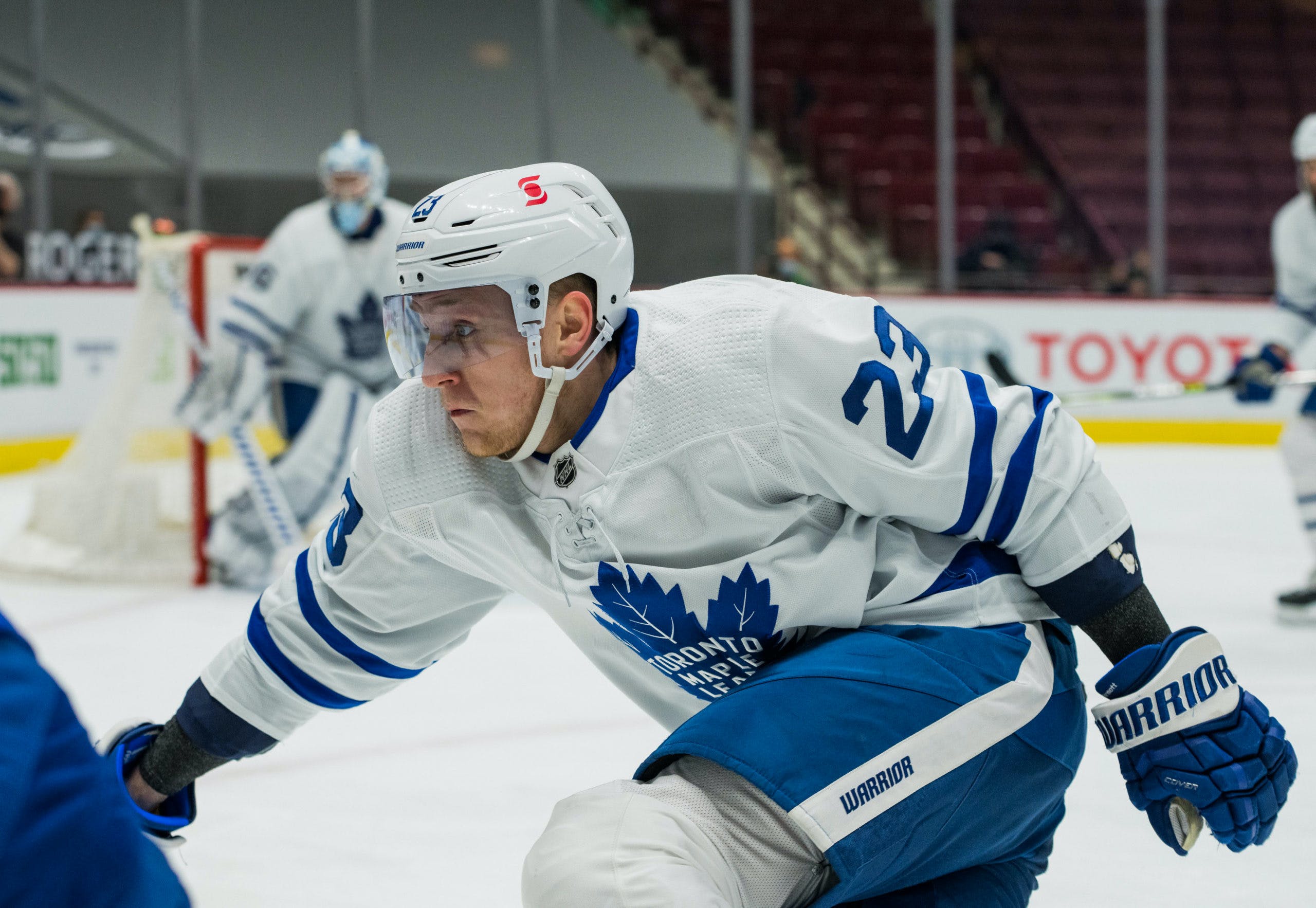 By David Quadrelli
8 months ago
The Vancouver Canucks continued their busy Sunday ahead of Monday’s Trade Deadline.
Less than two hours after they shipped out Travis Hamonic to the Ottawa Senators in exchange for a third-round pick, the Canucks acquired defenceman Travis Dermott from the Toronto Maple Leafs, according to multiple sources.
Dermott is signed through this season and next, and his contractcarries a cap hit of $1.5 million.
Essentially, with this trade, and by shedding Hamonic’s remaining two years at $3 million, the Canucks created $1.5 million in cap relief for both this season and next, and acquired a versatile young defenceman in the process.
And depending on who you talk to, they walked away with the better defenceman at the end of the day.
A left-shot defenceman, Dermott can play both sides with ease.
Here’s what one scout told CanucksArmy:

“Dermott is essentially the platonic ideal of a third-pairing defenceman. He’s consistently produced strong two-way results — albeit in a sheltered role — and moves the puck effectively while offering the sort of versatility one would covet in that part of the lineup as someone who can play the left or right side equally effectively. If nothing else, he’s a quality option at the bottom of the lineup and cost-controlled for the next two seasons at least. At just 25 years old, perhaps there’s untapped potential further up the lineup, too.”

Update: The third-round pick Vancouver gave up in this deal is not the one they acquired back from the Senators in the Hamonic trade. Rather, it is the pick originally belonging to Winnipeg that the Canucks acquired in the Nate Schmidt trade.
We’ll have you covered right up until the deadline and beyond breaking down all of the Canucks’ moves over the next 24 hours.
More from CanucksArmy:
Uncategorized
Recent articles from David Quadrelli