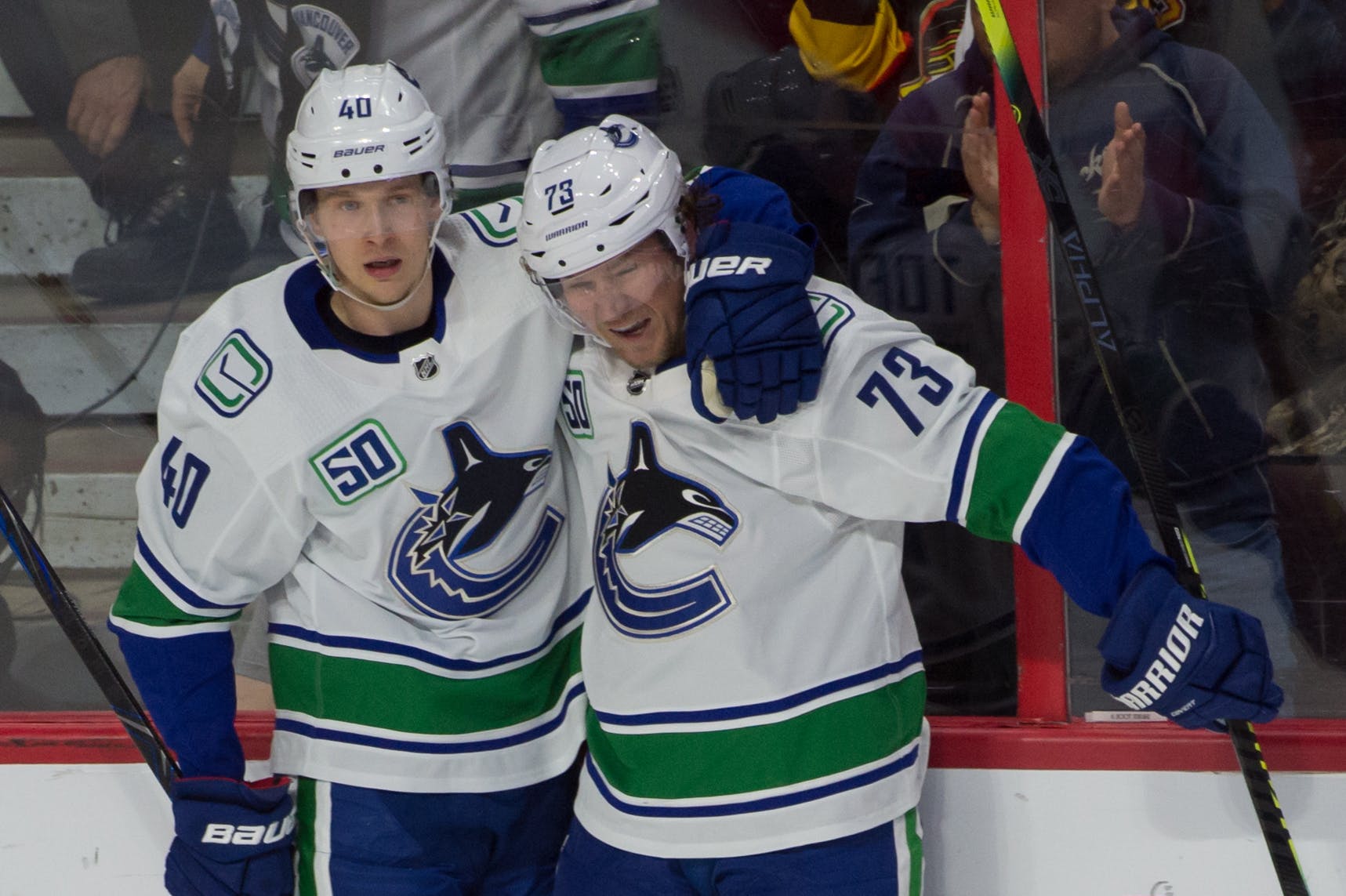 By David Quadrelli
11 months ago
The Calgary Flames are one package deal trade with the Arizona Coyotes away from constructing almost two full forward lines featuring players from the Vancouver Canucks’ 2019-20 roster.
The Flames — who signed former Canucks Jacob Markstrom, Chris Tanev, Josh Leivo, and even Louis Domingue for good measure after the 2020 bubble playoffs — have acquired Tyler Toffoli from the Montreal Canadiens, in exchange for a first and fifth round pick, along with Tyler Pitlick and Emil Heineman, aaccording to TSN’s Darren Dreger.
Like many players on the Canadiens, Toffoli has seen a dip in production after scoring 28 goals in 52 games last season. This year, he’s tallied just nine goals and 17 assists through 37 games played.
Toffoli has two seasons after this one remaining on his contract, which carries a $4.25 yearly cap hit.
The Flames currently sit just one point back of the Vegas Golden Knights for first place in the Pacific Division with three games in hand.
Toffoli should provide a massive boost to Calgary’s top six, which already features the likes of Johnny Gaudreau and Matthew Tkachuk — two players who are already having excellent seasons.
The Canucks will play the Flames three more times this season. First at home on February 24th when the black skate jerseys are set to make their return, then on March 19th before closing out their season series in Calgary on April 23rd.
More from CanucksArmy:
Uncategorized
Recent articles from David Quadrelli