BTTF: Don’t Boo Hughes because the Canucks were a bad team 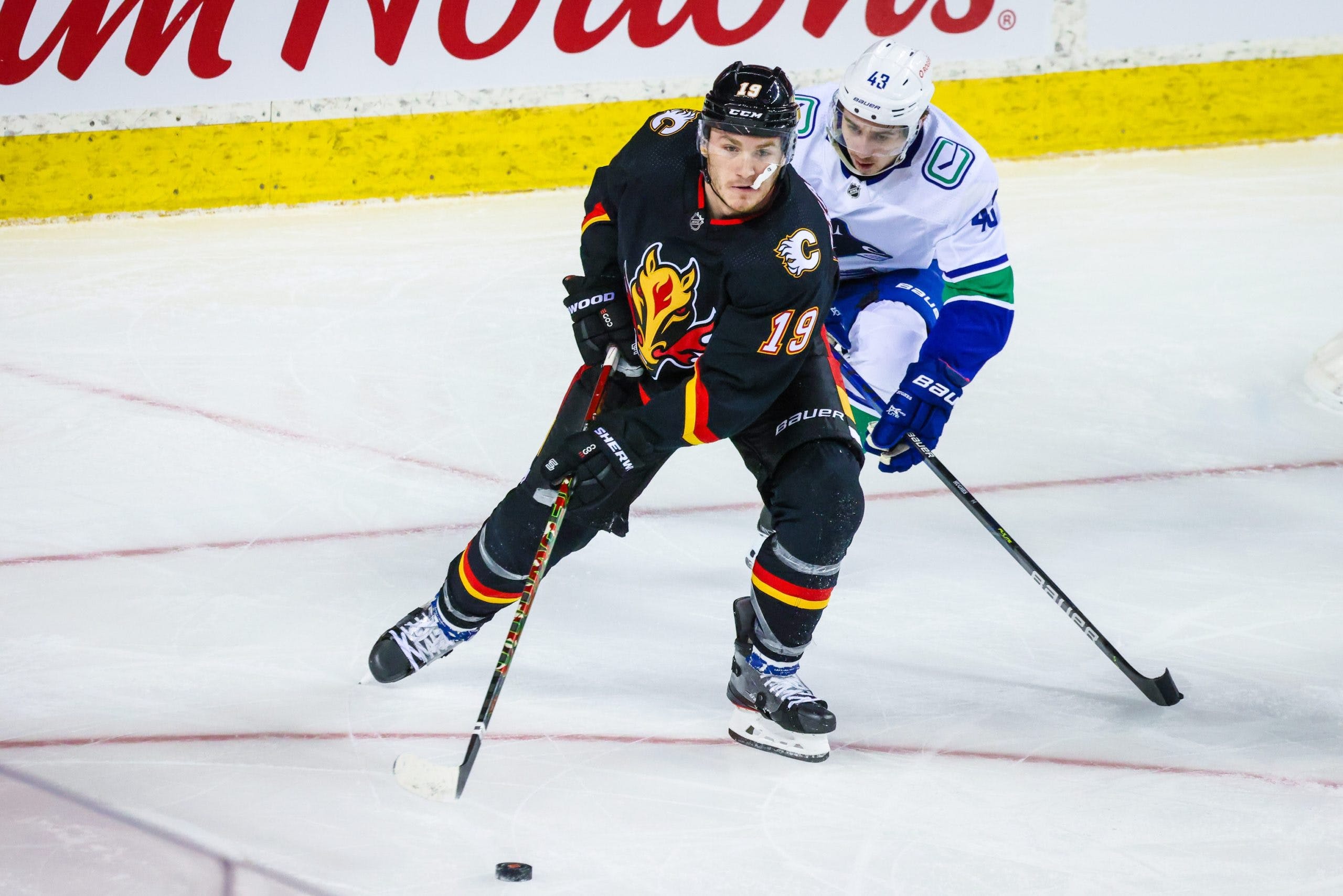 By Faber
1 year ago
In this Back To/The Future series, Chris Faber and Stephan Roget are making a collaborative effort to learn from the mistakes of the Vancouver Canucks’ recent past and offer solutions to salvage their immediate future — you know, just like Marty McFly did that one time. Each weekly Roget Reverse/Future Faber two-parter will start out with a critical look at some component of the Canucks’ game that went wrong in 2021, and finish by making some suggestions as to how it could get better in 2021/22. Whether you like to grumble about bad things that have already happened or dream about the good things yet to come, CanucksArmy has got what you need.
In the “Back To” portion of this week’s BTTF articles, Stephan Roget broke down Quinn Hughes’ tough 2020-21 season. It felt worse than rock bottom, it felt like Hughes took a Rock Bottom from Dwayne “The Rock” Johnson. But, like Stone Cold Steve Austin at Wrestlemania XV, Hughes will rise from the mat and immediately have a comeback in store for the fans.
There are some dominoes that need to fall into place for Hughes to get back to being one of the best offensive defencemen in the NHL while also holding his own in the defensive zone. Simply put, Hughes was bad in his own zone last season.
Here’s how he can bounce back in his third full NHL season.

After Hughes posted respectable numbers with Tyler Myers in the 2019-20 season, everything fell apart for the pairing in the 2020-21 season. Moving forward we should not see that pairing together unless there are significant injuries to the Canucks’ defence core next season.
Hughes and Myers made it easy as pie for the opposition to score as they were on the ice for three goals for and 14 against. The pairing doesn’t work because Myers wants to be the primary puck-mover on his pairing and that’s just not the right partner to play with Hughes as moving the puck is one of his best skills. The Hughes-Myers pairing was Travis Green’s go-to duo when the team was trailing and that needs to change.
The Canucks now have Nate Schmidt, who did not receive much time with Quinn Hughes last season. Having only 6% of Schmidt’s five-on-five ice time be alongside Hughes during the 2020-21 season.
That takes me to my next point.

Hughes and Schmidt should be a real option next season

Schmidt may not be the defensive, stay-at-home defenceman that Hughes has played with in the past but he is the right option for Hughes when the Canucks are trailing in a game and we simply did not see that enough last season.
This pairing only played 33:52 last season while trailing even though they posted a 58.5% Corsi for percentage and a 57.7% control of scoring chances while not being on the ice for a single goal against last season.
If the pairing is given an opportunity to play 60% or more of their shifts with top-six lines, they will be able to contribute in the offensive zone with Hughes’ skating and playmaking while Schmidt adds his ability to get shots off from anywhere on the ice.
This pairing may only end up being together when the team is trailing as Hughes will likely be back with Travis Hamonic if the Canucks can work out a deal with the unrestricted free agent.
If the Canucks can’t come to terms with Hamonic, the conversation about a Hughes-Schmidt pairing needs to begin.

Hughes’ offence is always going to be the thing that carries him and that’s fine because finding defensive defencemen is a much easier task than finding offensive defencemen with the skill set of Hughes. One area in particular that Hughes does need to improve is attacking the puck in the neutral zone as the opposition comes down the wing on him. There were a handful of games where Hughes was a -3 or worse and those are the type of games that he needs to eliminate from his repertoire.
We need to remember that the Canucks were the worst team in the Canadian division last season and Hughes was the Canucks’ ice time leader. The team simply wasn’t good and that came from COVID, the jam-packed schedule, and simply not being fresh on a night-to-night basis. Hughes also suffered from his goaltenders posting a 0.891 save percentage with him on the ice. We know that Thatcher Demko is better than that and Hughes will benefit from just a few extra saves along the way.
Another exciting thing for Hughes next season will be the addition of assistant coach Brad Shaw. According to many reports, Shaw does an excellent job when working with offensive defencemen who are looking to round out their game. He likely won’t have the Ian Clark effect like we saw with Thatcher Demko but Canucks fans should know that Shaw has a reputation around the league as a coach who has worked well with star defencemen in the past. There’s going to be quite a few things that Shaw can work with after watching tape form last season.
Here’s Shaw talking about Hughes’ game:
Furthermore, the Canucks need to get Hughes back with Elias Pettersson as well. When Hughes and Pettersson are on the ice together, they are dominant at controlling the shot share, goal share and most other major analytic categories. Throughout his career, Hughes actually posts a negative Corsi and a 39.39% goal share when he has not been on the ice with Pettersson. Green needs to get those two out on the ice together as much as possible.
We all have a good feeling that Hughes will bounce back and the offence was not questioned last season. He will continue to be that point-producing defenceman that Canucks nation has yearned for ever since the days when Christian Ehrhoff and Sami Salo patrolled the blue line.
There’s little reason to be worried about Hughes. He obviously has some work to do to be a better defender but he has not fallen off the map as one of the best defencemen in the NHL. It’s tough to put up good defensive numbers when you are on the team that allowed a league-leading 118.4 expected goals against.
He will continue to be one of the best puck-moving defenceman in the NHL and that is a huge piece on this Canucks team moving forward. This kid is something special and because of his impressive start to his NHL career, expectations are high for the 21-year-old.
Don’t forget that he is just 21 years old, either! There’s a lot of growth still to come in his game.
Hughes is going to be great next season.
It looks like this may be the last BTTF for the summer as we move into looking towards next season. I hope you have enjoyed the series as much as I have. It’s been a blast to work with Stephan on these articles and we might have some more fun stuff planned in the future. Now, back to the regularly scheduled programming here at CanucksArmy!
Uncategorized
Recent articles from Faber