Breaking down the two trades from today, and what it says about the NHL trade market: Canucks Conversation Nov. 23 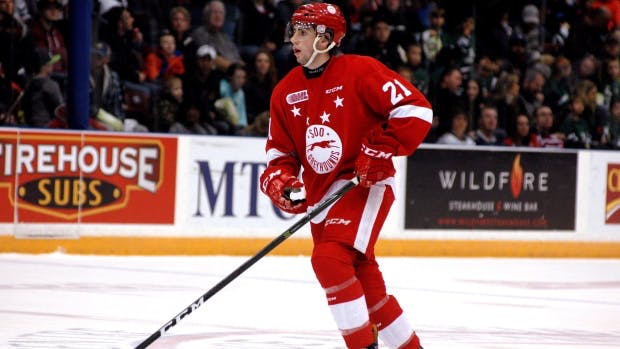 By David Quadrelli
2 months ago
Seemingly out of nowhere in the middle of a Wednesday, the NHL trade market has begun to heat up.
Earlier today, the Minnesota Wild traded a fifth-round pick to the New York Rangers in exchange for Ryan Reaves.
Then just moments later, news of the Toronto Maple Leafs trading for right-shot Connor Timmins came down the wire. The 6’4 Timmins began his career with the Colorado Avalanche and showed plenty of promise, but battled various injuries early on in his career and has struggled to bounce back.
He was about to be sent down to the Tucson Roadrunners, but the Coyotes instead elected to trade him, knowing that he’d almost certainly get scooped up on waivers. The Leafs gave up centre Curtis Douglas in return.
We talked about those two trades, and talked about the mentality of teams — particularly in the Central Division — heading into American Thanksgiving.
We also talked about the Colorado Avalanche, and wondered if they could be a landing spot for Bo Horvat in a trade. Faber made a good point that the Avs don’t have many prospects that would be of interest for the Canucks, and don’t have a ton of draft capital, either.
You can catch the livestream of Canucks Conversation at 1 PM Pacific Monday through Friday on The Nation Network’s Youtube Channel here and the CanucksArmy Twitter account here.
The show is also available in podcast format around 2 PM every day wherever you get your podcasts!
You can watch the full replay of today’s episode below:
Shows
Recent articles from David Quadrelli