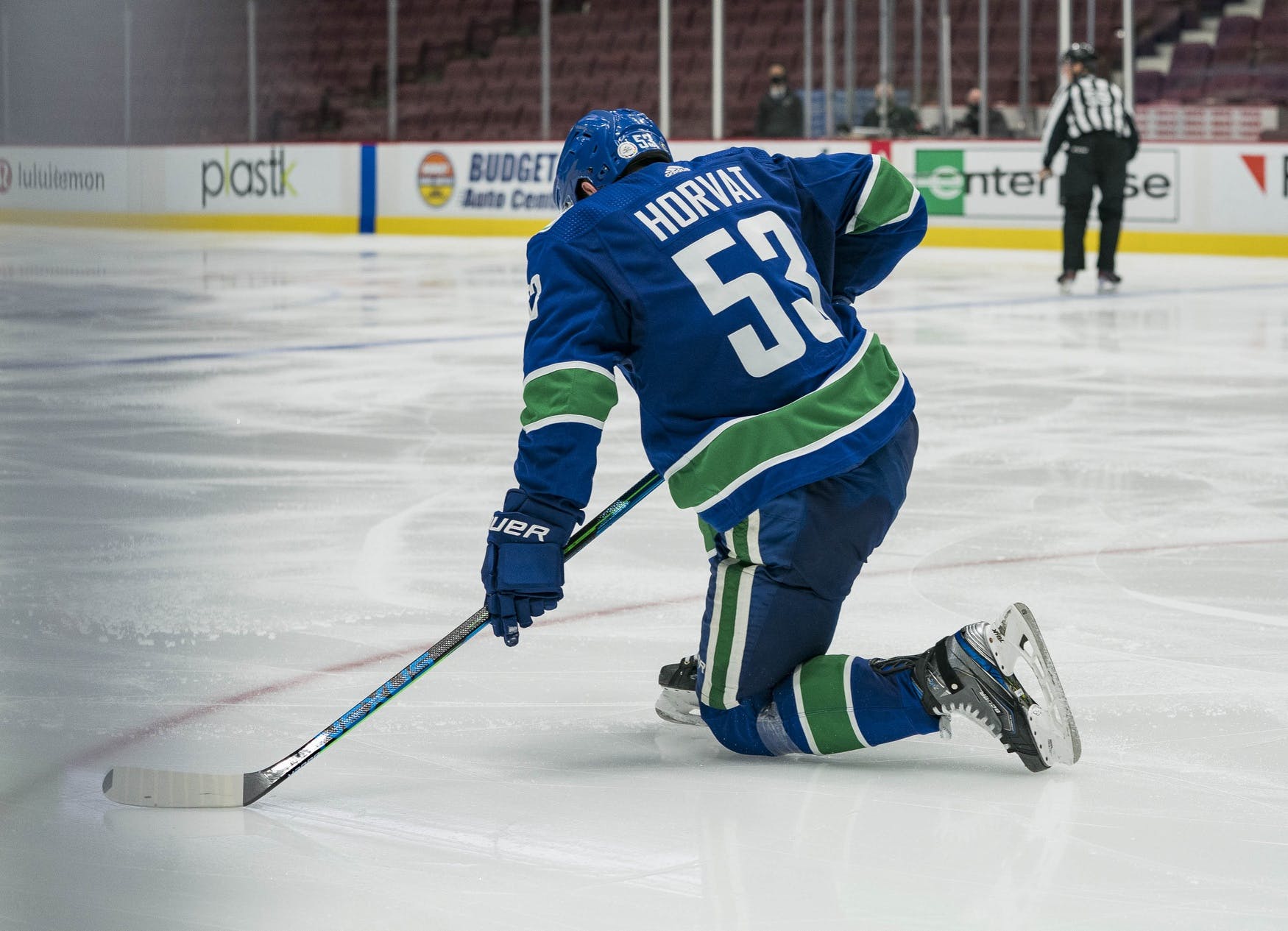 By Faber
1 year ago
On Monday night, Bo Horvat took a hard shot off the leg and skated off the ice in noticeable pain.
With that chilling hockey play, the thought of how important Horvat has been to this team crossed my mind.
Horvat hasn’t been the Canucks’ best skater this season, Brock Boeser has been that while Thatcher Demko has been the team’s MVP with his work in the crease. Horvat’s counting stats this season have been impressive with 14 goals and 12 assists on the season, and he has looked most impressive when playing alongside Nils Höglander this season.
On the scoresheet, Höglander has been very involved with Horvat this season. Horvat has assisted on three of Höglander’s five even-strength goals this season while Höglander has assisted on half of Horvat’s eight even-strength goals.

The loss of Horvat would be a devastating hit to the second line, as Höglander and Brock Boeser have played some good hockey alongside Horvat over the past week. You know what you are going to get with Horvat every night, and that’s one of the reasons why he was named captain of this team. When he’s on the ice, there’s going to be a consistent play-driving centre taking a massive amount of faceoffs in all situations.

Horvat’s line is given a ton of matchup assignments and is expected to contain top lines while still producing offence of their own.
He has looked to improve in the defensive zone while looking like a dangerous scorer when he’s on a hot scoring streak.
One of the major strengths in Horvat’s game is his ability in the faceoff circle, he currently leads the NHL in faceoffs taken while sporting a solid 51.2% win rate. Travis Green trusts Horvat in all three zones and will even use him as an extra centre for a defensive zone faceoff or a penalty killer in a pinch at centre.
When Green was asked yesterday if he was pleasantly surprised to hear that Horvat would only be out day-to-day, he said he was and that he’s not ruling him out for Wednesday’s game.
From the scene we saw, it looked like day-to-day is the best-case scenario. It might be best to rest Horvat in the Wednesday night game if a deep bruise is the culprit of this injury. Green said the imaging came back so that seems to be good news for Canucks fans to hear. The problem is that just we were told on March 4th that Elias Pettersson was going to be “day-to-day”. Speaking about the topic isn’t going to get Horvat back any quicker, but it was good to hear that he is day-to-day and if that’s all the information we have, we have to assume that he is in better condition than many (including myself) imagined.
Horvat earned some friendly help from a couple of Winnipeg Jets players on his way to the bench and I’d like to think that Horvat’s reputation is pretty great in the league.
His presence will be missed no matter how long it is. We have grown accustomed to Horvat being a key piece of this hockey team.
Over the past three seasons, Horvat has not missed a single game for this Canucks team.
He has 17 games more than second place, which is, believe it or not, Jake Virtanen. No injuries!
The addition of Höglander has given a boost to his scoring but the big jump in goals comes from his team-leading six power play goals. Coming off a year in 2019-20 where he scored 12 of his 22 goals on the power play, it has been nice to see Horvat find more success at scoring at even-strength alongside Höglander this season. He is currently scoring at the highest rate of his whole career. 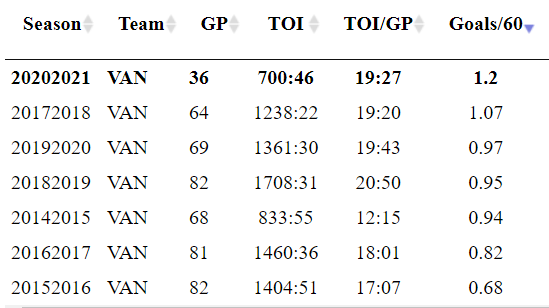 You have to believe that Horvat will do whatever he can to get back in the lineup tonight. After their game against the Jets, the team goes six full days without game action. This should give Horvat more time to heal up because it’s hard to believe you are getting 100% out of Horvat if he were to play tonight.
Past the physical stats and on-ice contribution, Horvat’s presence is an emotional boost. Having your captain step on the ice after going down from injury is a huge boost to the team but if there is any risk of further aggravating the injury, Horvat should absolutely begin his rest week early.
These games are important if a playoff push is your goal, and for every NHL player and coach, the path to the playoffs is always on the most competitive ones’ minds.
We will have to see how the training staff, Green and Horvat choose to go about the situation. One thing is for sure, the Canucks are in need of centres.
Horvat’s presence would be a huge boost to the team as he has been one of the players consistently carrying the most weight for this team.
He might need to keep some of that weight off his ankle on Wednesday night and that’s fine too.
With the odds severely stacked against them, the Canucks need their captain to be healthy for any kind of shot at a playoff push.
Uncategorized
Recent articles from Faber