Betway Bets of the Day: Canucks look to remain undefeated against surging Seattle 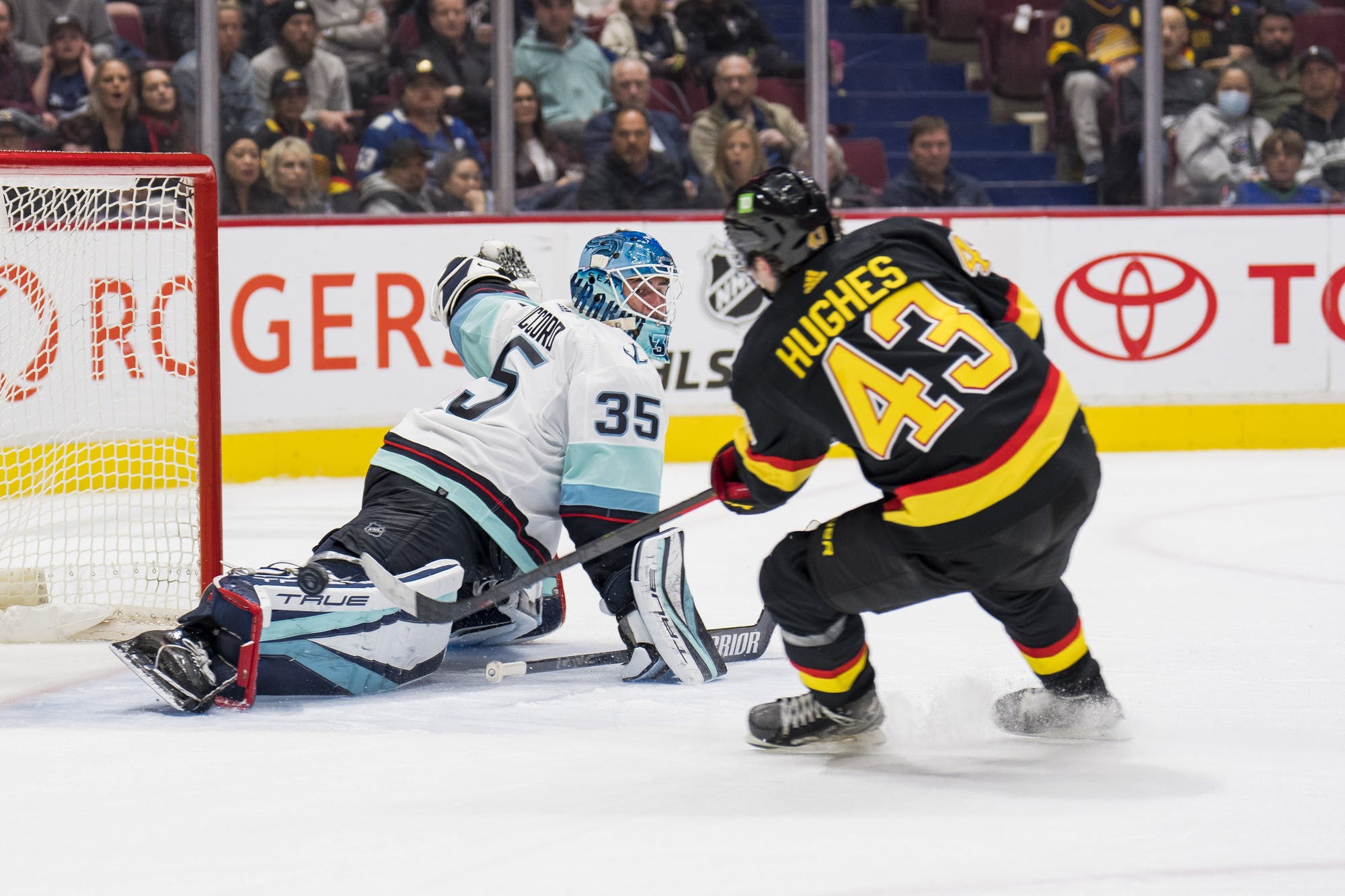 By Niqhil
1 month ago
Welcome back to Betway Bets of the Day brought to you by NHL betting odds site Betway!
Another game, another 5-1 home loss for the Canucks. Vancouver has now lost more home games by the score of 5-1 than any other team in NHL history and it’s only December.
Next up for the Canucks is a date with the surprising Seattle Kraken, here are three bets to consider for tonight’s game.

Oliver Bjorkstrand to register over 2.5 shots at -105. My $10 bet would return $19.52.
Bjorkstrand leads all Seattle Kraken in shots this season and has 15 in his last five games which is an average of three per game. I like his over 2.5 tonight.

The game to end with over 6.5 goals at -106. My $10 bet would return $19.50
Seattle is sixth in the league in goals, Vancouver is 10th. In their only matchup this season the two teams combined for nine goals.
The over 6.5 has hit in four of the five matchups these two teams have had dating back to the Krakens inaugural season.

Seattle to score a power play goal at -118. My $10 bet would return $18.50.
Vancouver’s penalty kill looked porous in Monday night’s loss to the Blues, as St. Louis went two for three with the extra man. The Canucks kill has moved back to dead last in the league.