Betway Bets of the Day: Drama-filled Canucks look to return to the win column against the Colorado Avalanche 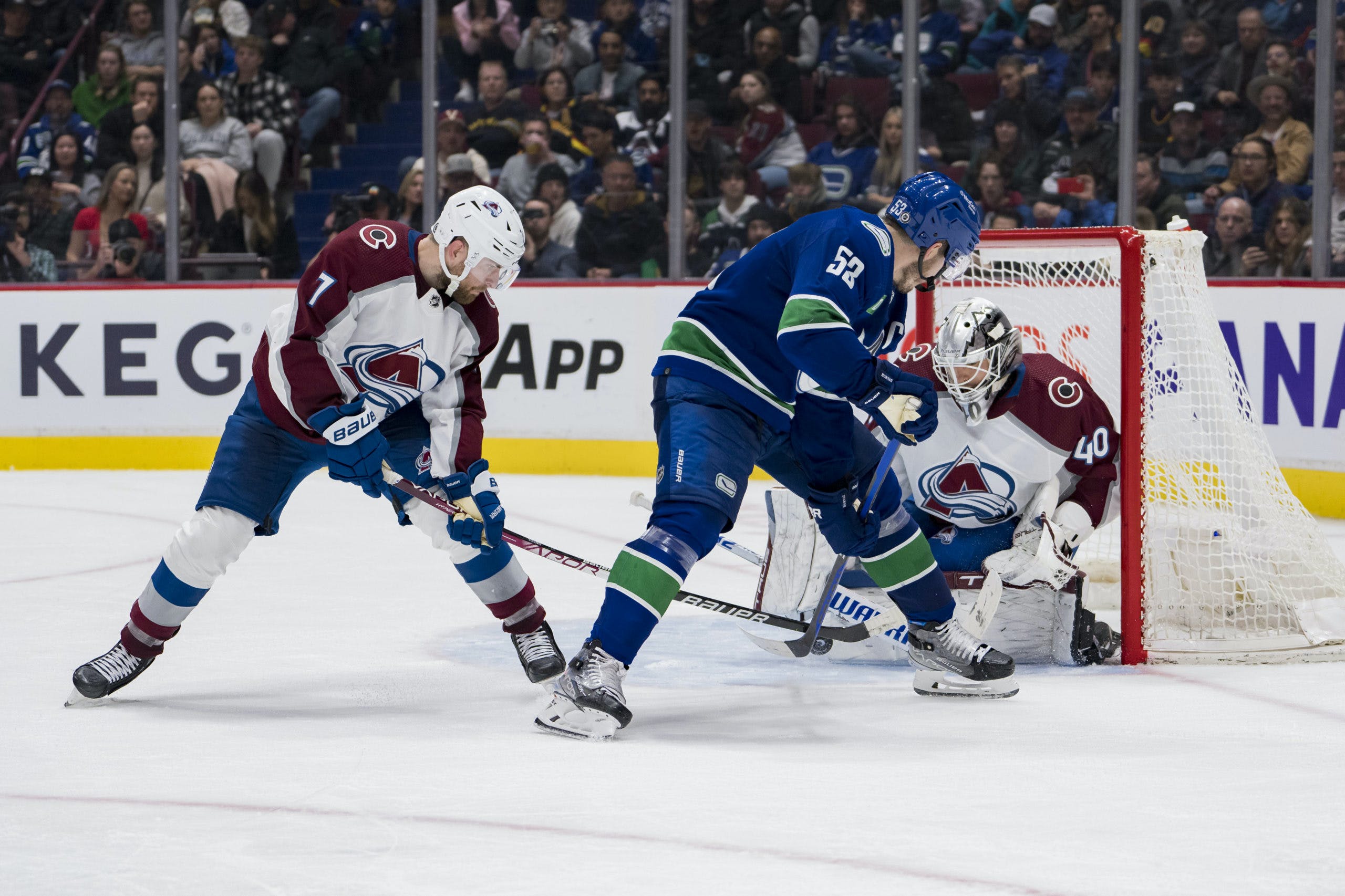 By Niqhil
10 days ago
Welcome back to Betway Bets of the Day brought to you by NHL betting odds site Betway!
Despite a late push, Vancouver lost their second game in less than a week to the Tampa Bay Lightning by a score of 5-2. Vancouver has now lost eight of their last 10 games.
Next up for the Canucks is the reigning cup champion Colorado Avalanche, who surprisingly, the Canucks have beaten twice this season. Here are three bets I like for tonight’s game.

Valeri Nichushkin to register over 2.5 shots at -167. My $10 bet would return $16.00.
Nichushkin has registered 9 shots since returning from injury two games ago, which is an average of 4.5 per game. I’ll ride with the hot hand and take the over here.

Colorado to score a PP goal at -175. My $10 bet would return $15.71.
The Avalanche have been extremely reliant on their power play this season eclipsing at a nice 24% rate, Vancouver still ranks dead last on the PK thus we have to take this bet.

Colorado to win ML at -167. My $10 bet would return $16.00
With rumours swirling about coach Bruce Boudreau and captain Bo Horvat’s future, there’s a ton of uncertainty around the Canucks. I like the Avs here, they’re still pushing for a playoff spot and even without Makar, I like them tonight against the drama-filled Canucks.