Betway Bets of the Day: Canucks look to contain the Minnesota Wild 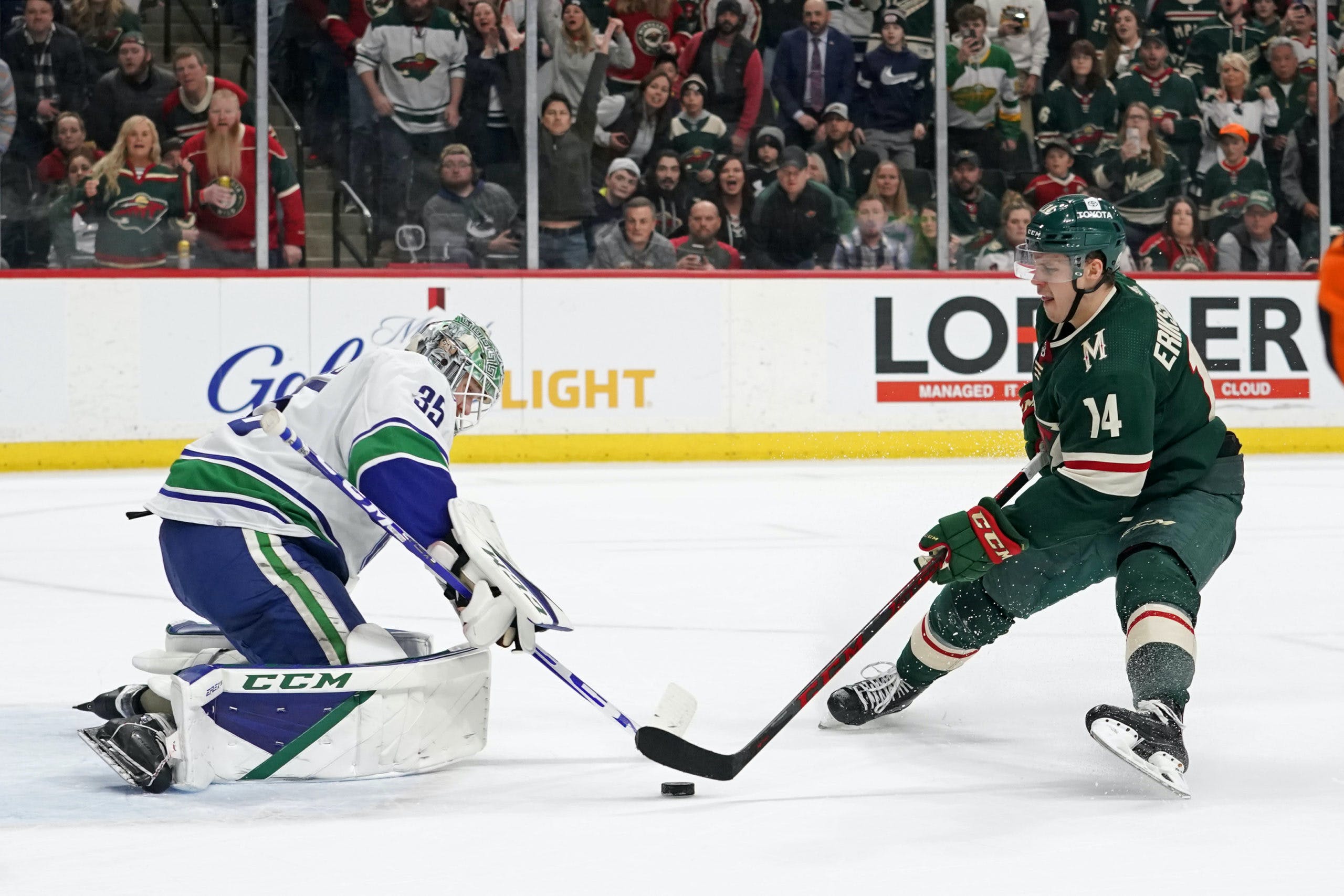 By Niqhil
1 month ago
Welcome back to Betway Bets of the Day brought to you by NHL betting odds site Betway!
Make that three in a row for the Canucks after a 6-5 win against the San Jose Sharks on Wednesday. Vancouver has now scored a whopping 13 goals in their last 87 minutes of game time.
Next up for Vancouver is Minnesota, the Wild are one point ahead of the Canucks in the standings meaning this game could have massive playoff implications come April. Here are three bets I like for tonight’s matchup.
Lock Of The Day
Kirill Kaprizov to register over 3.5 shots at -134. My $10 bet would return $17.50.
Kaprizov is red hot. He has scored seven goals in his last eight games and registered 41 shots in that span which is an average of 5.1 per game. I like that over 3.5 tonight.
Special Teams
Minnesota to score a power play goal at -125. My $10 bet would return $18.00.
Although they’ve improved Vancouver still ranks third last in the league on the PK. Minnesota brings a top-ten power play in the league to Rogers Arena, at these odds I like them to get one tonight.
Special Teams #2
Vancouver to score a PowerPlay goal at -125. My $10 bet would return $18.00
Vancouver has scored a PP goal in three straight games and ranks sixth league wide with the man advantage. Minnesota takes the most penalties in the league and has a below average PK.
Last Game Bets
Timo Meier to register over 4.5 shots at +100. My $10 bet would return $20. – HIT
Bo Horvat to register over 2.5 shots at -163. My $10 would return $16.15. – MISSED
Vancouver to win MoneyLine at -115. My $10 would return $18.69 – HIT
An okay two for three. We staked $30 and returned $38.69. We are now down $15.26 on the year.
Editorials
Recent articles from Niqhil