Bettman on 2022-23 season start date, a “record-high” revenue year for the NHL, and the salary cap 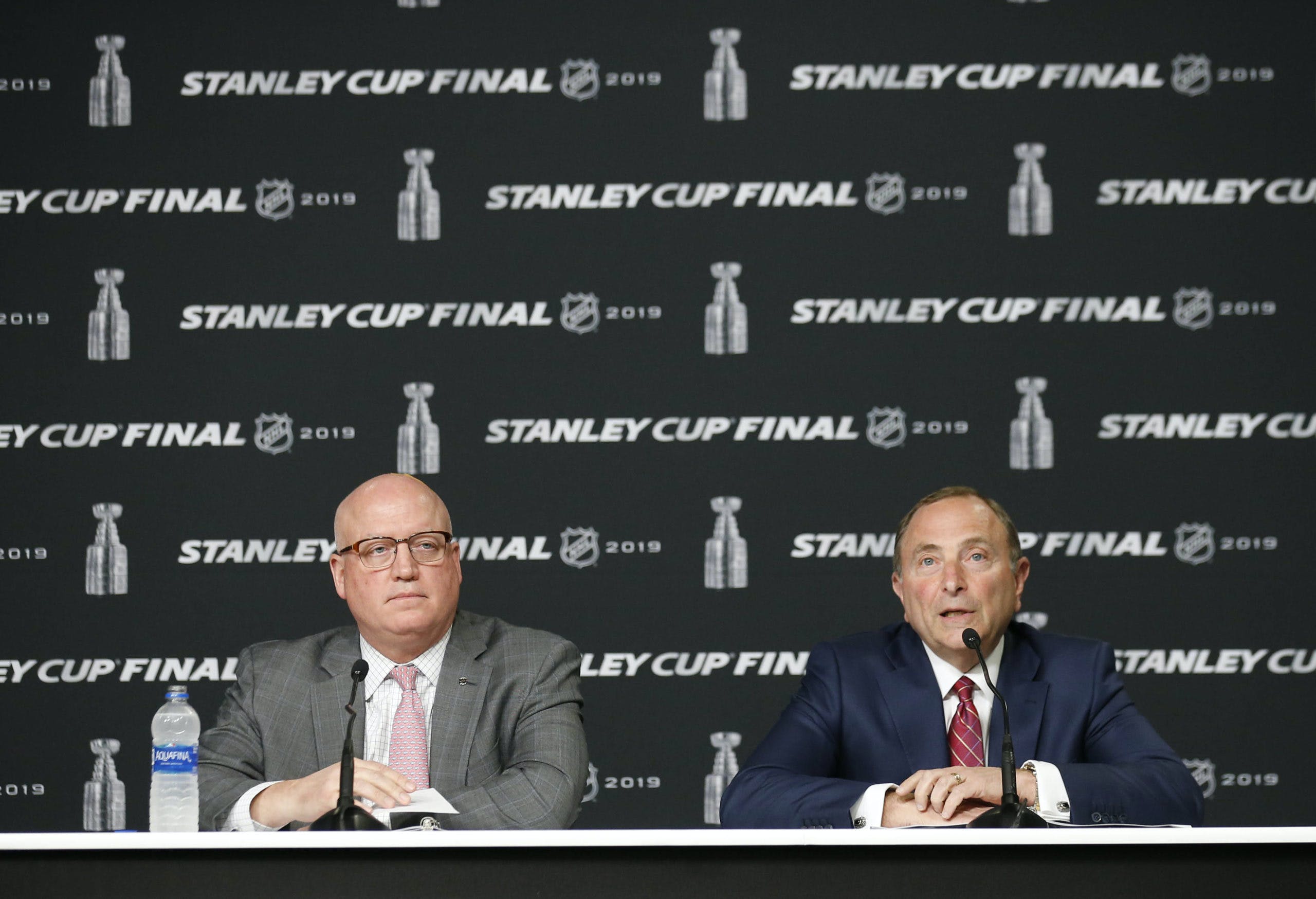 By David Quadrelli
5 months ago
NHL Commissioner Gary Bettman and Deputy Commissioner Bill Daly held a news conference ahead of Game 1 of the Stanley Cup Final this evening.
Among the topics the two discussed was the start date for next season, which Bettman revealed is slated to be October 11th.
What this means is that the league is finally getting back on a normal schedule, which you can assume means the 2023 NHL Draft will once again take place in late June, with free agency opening on July 1st, as it typically does.
Bettman also added that the full schedule will be released in “early July”, meaning we’ll have plenty of time to scrutinize — and applaud where it’s due of course — the work of the NHL schedule maker in putting together the Vancouver Canucks’ typically travel-heavy schedule.
Bettman also added that the league will finish with a record-high revenue total for the 2021-22 season, but that the NHL’s salary cap won’t jump up significantly until the players’ escrow debt is fully paid off in roughly 2-3 years.
In other words, it’s very possible we see a significant cap increase in the 2024-25 season. In the meantime, the salary cap will go up by $1 million next season.
Game 1 between the Tampa Bay Lightning and Colorado Avalanche kicks off at 5 PM Pacific time.