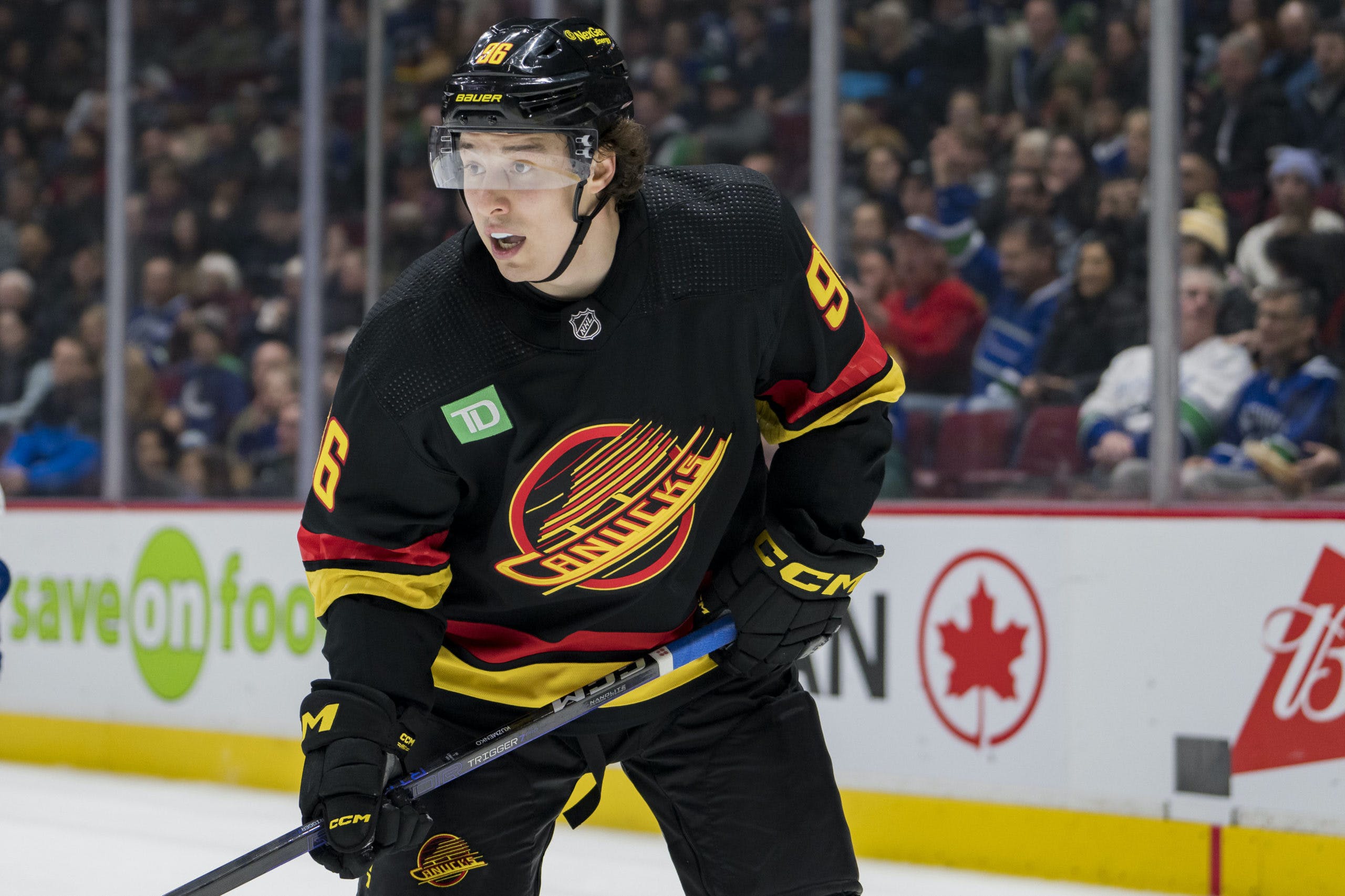 By Faber
13 days ago
After weeks of teasing fans, the Vancouver Canucks released the skate on Wednesday night in a 5-2 loss to the Tampa Bay Lightning.
It’s about damn time the Canucks finally announced that the black skate jersey will become their official third jersey for the season.
The jersey is loved by many in the fanbase and is also the favourite jersey of Andrei Kuzmenko.
“Oh, the black jersey, I like,” said Kuzmenko when we asked him about getting his first chance to wear the Canucks’ now third jersey for the season. “I remember 10 years ago [when] I play Xbox, every time [with] Vancouver.”
Though the black skate jersey is back, it’s got a few changes to the look.
First off, the jersey now has the TD Canada Trust logo on the chest and the green logo doesn’t look great when running up against the black, yellow and red.
Speaking of red and yellow, there’s a new hue in those colours that we haven’t seen in the past and in my humble opinion, it pops even more.
Here’s a view from ice level where you can see the colours really popping off the black.
Another new touch that we like is the view of the northern mountain range that can be seen from Vancouver. Though you’ll never see this when actually wearing the jersey, it’s a cool touch from the new design and adds something to the new design.
There’s also a change to the background of the lettering behind ‘CANUCKS’ as the new design has more of a sleek look with a black background replacing the white.
So, now that we’ve seen it in game-action, do you like the new design or is this new look not what you were hoping for as you chanted, “FREE THE SKATE!” with Wyatt Arndt in the Stanchies?
One thing is for sure, Kuzmenko is happy about it, and we all love a happy Kuzmenko.
Editorials
Recent articles from Faber