After two flights and two positive COVID-19 tests, Justin Bailey is back with the Vancouver Canucks 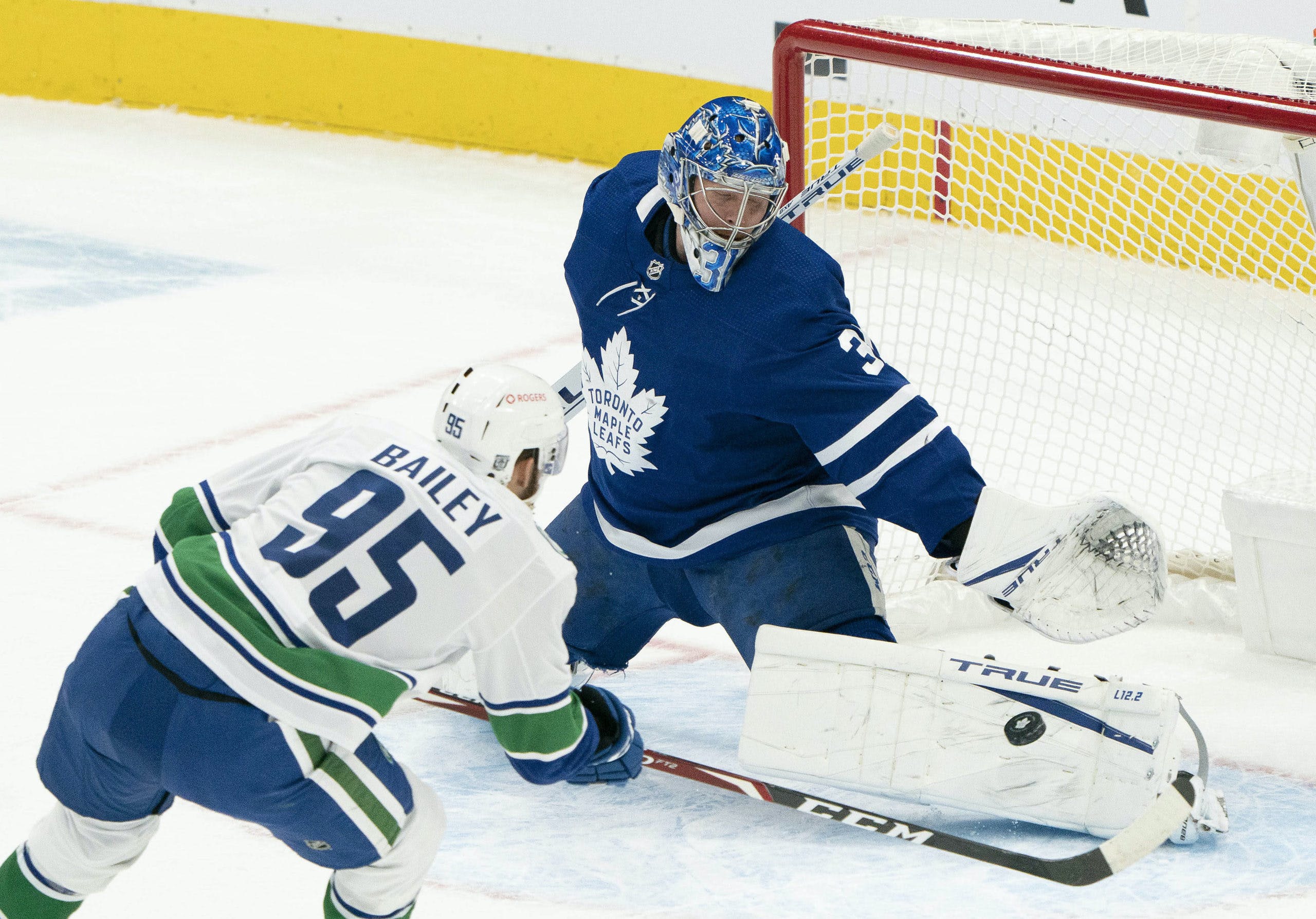 By David Quadrelli
1 year ago
Justin Bailey went through hell and back just to get to the Vancouver Canucks ten days after training camp had already begun.
Actually, Bailey flew from Buffalo to Chicago to Vancouver and then took a rental car down to Bellingham to quarantine for five days before continuing to skate with members of the Everett Silvertips organization — but more on that later.
Last season, Bailey got into just three games with the Canucks, spending the rest of his time on the taxi squad and the injured reserve.
Bailey was playing well and bringing his trademark speed and size to a bruised and battered Canucks’ lineup before a hit from behind at the hands of Calgary Flames forward Milan Lucic ended Bailey’s season.
“Out of all the guys, that’s probably the last guy I want to get hit from behind from,” Bailey told reporters Wednesday. “I thought I was playing well. It had been a while since I played and was really starting to catch my stride… It was tough for me, but it was something where, you know with last year being last year, was an opportunity for me to get the surgery, and be back and be ready for camp.”
Understandably so, Bailey was looking forward to putting last year behind him after facing so much adversity, but fate had other plans.
Bailey wasn’t at the start of training camp thanks to a positive COVID-19 test.
“I was rehabbing, training in Connecticut all summer and I went back to Buffalo for like three days just to see my family and get a skate in,” said Bailey, who added that he didn’t realize he had to get a test until shortly before flying to Vancouver.
“It came back positive, and I didn’t believe it. I went and got a second one and it was positive again so obviously not the most ideal start to start to the year.”
Bailey got vaccinated in August and had limited symptoms from the virus. He likely wouldn’t have known he even had COVID-19 if not for the two positive test results.
That being said, rules are rules, and Bailey was given two options. He could quarantine in Canada for ten days, or drive down to the United States to quarantine for five. He went with the latter option.
“It was tough but like I said, it’s something that’s out of my control,” added Bailey. “I’m just happy that the symptoms weren’t too much, and I’m able to get these two games to hopefully showcase myself and get back on the right track.”
Including tonight’s tilt in Edmonton, the Canucks have two preseason games remaining. Tonight, should Bailey play, could be his one and only opportunity to impress the coaching staff enough to show he at least deserves another look in the Canucks’ final preseason game on Saturday night.
It’s been a long, treacherous path for Bailey to even get to Vancouver, and now, with the odds stacked against him, it’ll be up to him to do everything in his power to prove he belongs.
Uncategorized
Recent articles from David Quadrelli