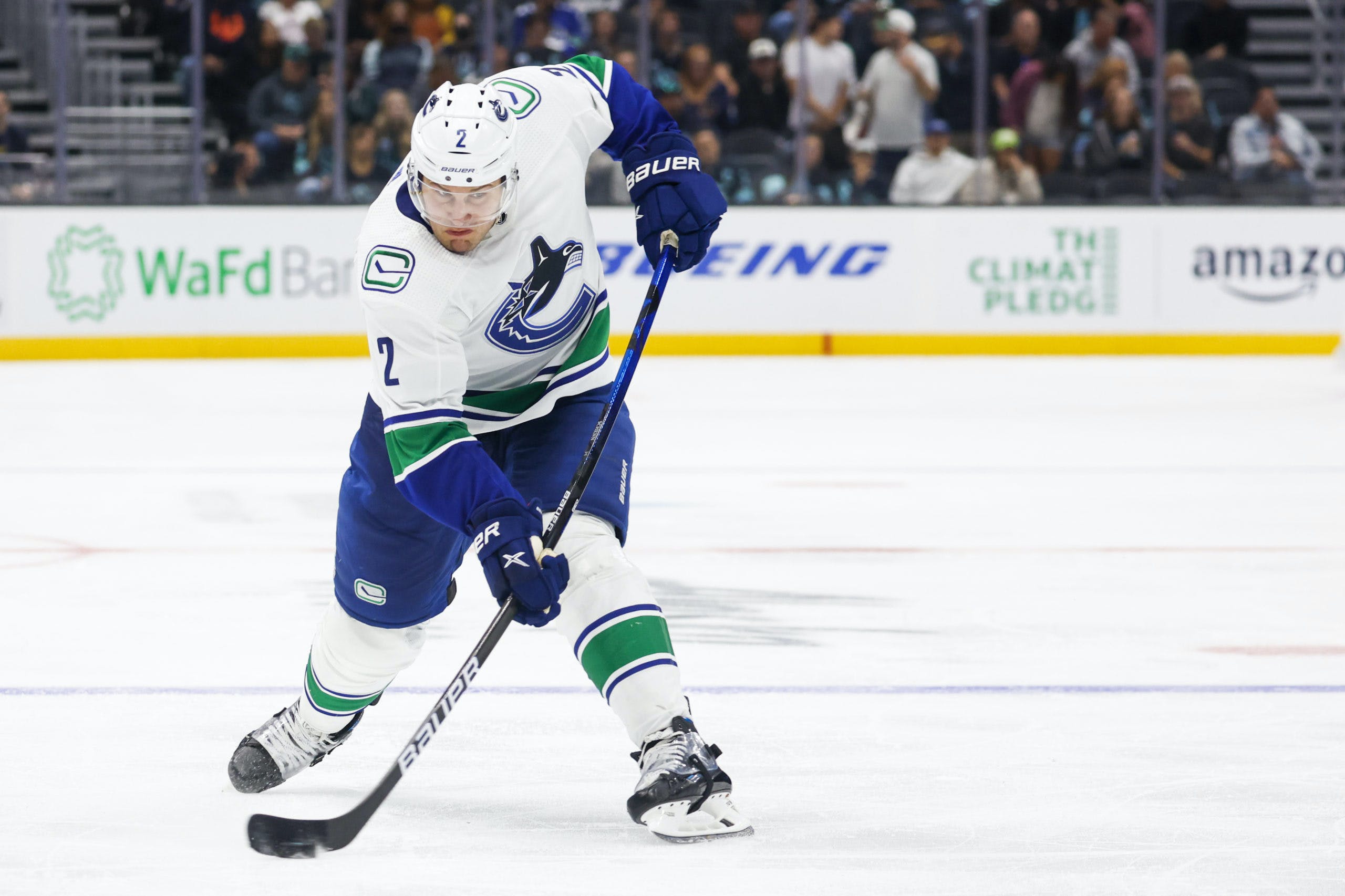 By Faber
16 days ago
They say good things come in threes.
Well, that may be the case for Luke Schenn and the Tampa Bay Lightning.
Elliotte Friedman of Sportsnet reported that he believes the Lightning are one of the teams interested in Schenn as the trade deadline approaches.
“I’ll start with Schenn because where did Luke Schenn win two Stanley Cups, Ron? That’s right, the Tampa Bay Lightning,” said Friedman during his second period 32 Thoughts panel with Jeff Marek and Ron MacLean. “He was [a] two-time Stanley Cup champion with them and I believe they are interested again. I wouldn’t be surprised if they make a pitch for his services and I think they’re a legit contender to get him.”
Schenn played in 18 playoff games over the two years where they went on to win their Stanley Cups in the 2019-20 and 2020-21 seasons. He averaged just 10:11 in those 18 games but was a good depth piece for them and we obviously know how good he can be in a locker room.
The rumoured return for Schenn is likely to be a second-round pick. Friedman also reported that the Canucks were offered a second-round pick for Schenn last year and expect the same this season. The Lightning don’t have a second-round pick in the upcoming 2023 draft but they do have their second-round pick in the 2024 and 2025 drafts.
If you’re looking for a prospect to be in the deal instead of a draft pick, the cupboards aren’t necessarily loaded for the Lightning.
You could look at recent first-round pick Isaac Howard but he has had a horrendous freshman season in the NCAA, totalling up just one goal and five assists through 19 games with the University of Minnesota-Duluth.
The Lightning have an interesting 20-year-old prospect with Jack Finley. He was a 2020 second-round pick and is currently playing in the AHL. The most intriguing part of Finley’s game is his size. He stands at 6’6″ and is playing second-line centre for the Syracuse Crunch. Finley currently has five goals and six assists in 32 games.
We liked Dylan Duke in his draft year. He slid down to the fourth round of the 2021 draft when we thought he was a second-round talent. He’s had a decent year with Michigan, tallying 12 goals and eight assists in 22 NCAA games.
It seems like the Canucks’ best return is going to be with a draft pick but there could be something there with the 6’6″ centre, Finley. If the Canucks go the route of taking one of the Lightning prospects, it would likely require a late-round pick to bump the value up. Many teams should be interested in adding Schenn as defence depth for a playoff run — he has high value going into the March 3rd trade deadline.
Would you be rooting for the Lightning if Schenn were to head back for a chance at a third Stanley Cup?
And would you like to see the Canucks target one of Finley, Duke or Howard or acquire a second-round pick?
Let us know in the comments!
Editorials
Recent articles from Faber