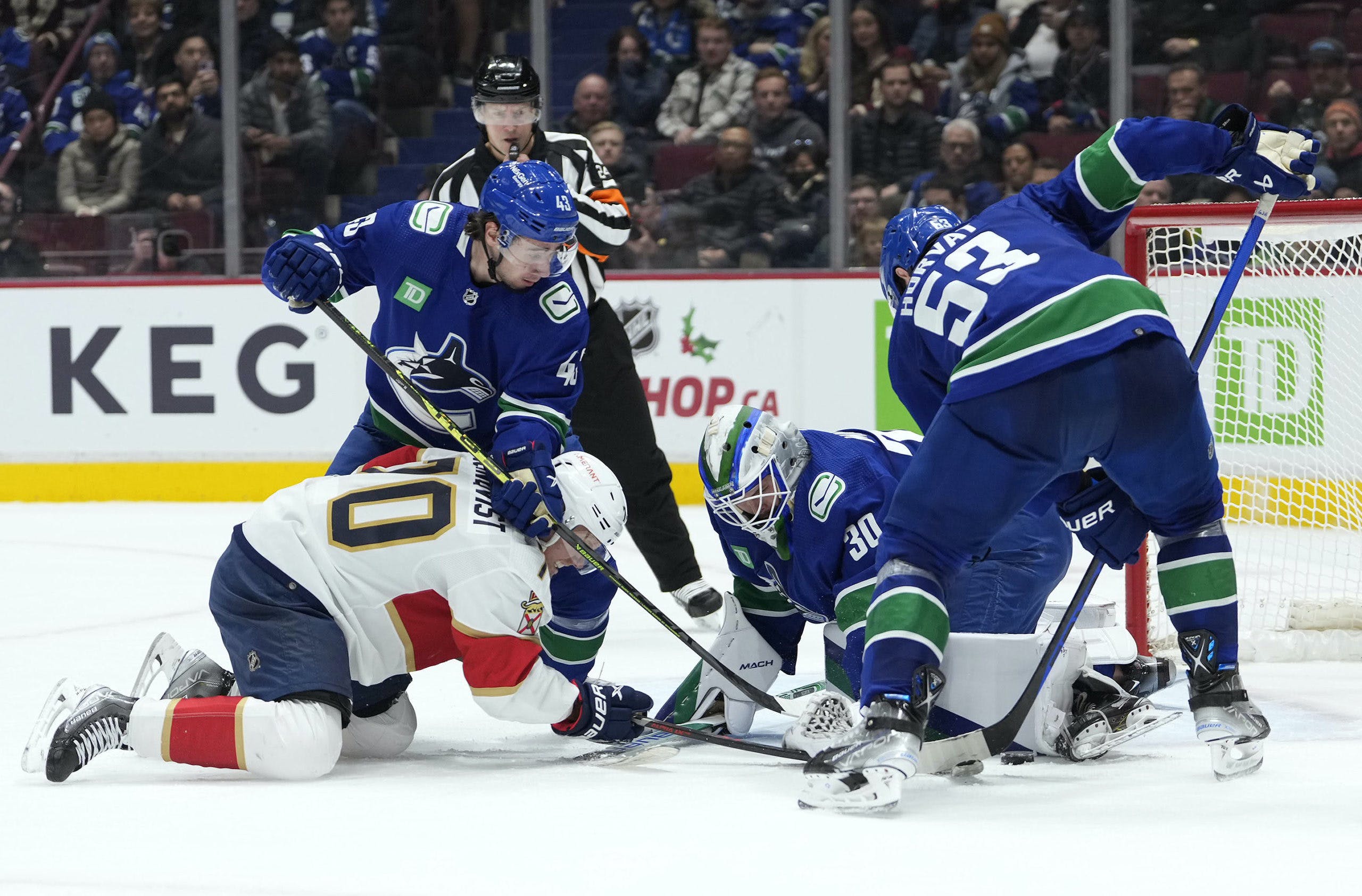 By Faber
1 month ago
Moving a contract is a hard thing to do in today’s NHL. We live in a salary-cap world and contending teams often earn enough cap space for in-season additions from long-term injury reserve money or have to make a money-in/money-out move to improve their roster.
I don’t care how good your team is, there has to be at least one contract that is not worth its hit on your cap space on the roster. That being said, good teams are always looking to improve their roster and the more open they believe their Stanley Cup contention window is, the more futures a team is willing to give up in a trade to improve the here and now.
We’ve looked around the league at contending teams that could be in the market for one of the Canucks’ players rumoured to be on the trade market like Brock Boeser or Bo Horvat.
For context, Bo Horvat’s current cap hit is $5,500,000 and his contract expires after this season.
Brock Boeser’s contract carries a $6,650,000 cap hit and expires after the 2024-25 season.
Contending teams cannot just take on an extra five-plus million dollars of cap space without other movements to their roster. We mentioned LTIR earlier but that isn’t something you can bank on — .
Teams that want to improve their already contending lineups will be willing to sacrifice the lower end of their lineup players with futures if it means they can add a top-nine talent like Boeser or Horvat in return.
Obviously, the trading team would need to give quality assets in return, and as a contending team, the logical move is to worry about that later and live day-to-day with the strongest possible roster this current season. This is where prospects and draft picks come into play.
Making a move for a high-quality player like Horvat typically costs in the realm of a first-round pick, a prospect and maybe a younger player who is in the AHL or the bottom of an NHL lineup. For Vancouver, they would make a trade like this with the hopes of being a better team down the road. But clearing up Horvat’s $5,500,000 of cap space also gives them some flexibility to weaponize that cap space.
When you do a money-in/money-out deal, you lose some of that flexibility to utilize the cap space.
That loss of flexibility in utilizing your cap space comes at a cost to the team that Vancouver would be trading with. This creates the chance for the Canucks to look for even more assets in a trade since they’ll be taking on another team’s “bad money”.
This route of taking on another team’s bad contract would help the Canucks in picking up high draft picks for a return.
Boeser’s situation is even muddier as he is in year one of a three-year extension. Things are clearly not working out great for Boeser here in Vancouver but there have to be many around the league that believe he could find his game in a new environment.
When it comes to what Boeser’s straight-up value is on the market, it depends on who you ask. Your uncle with the Facebook profile picture where he’s got his sunglasses on in the driver’s seat of his 2013 Dodge Ram Laramie Longhorn might say that Boeser is useless and that the Canucks should trade him for a bag of pucks. There are also some that believe that Boeser would still return something like a second/third-round pick or a previously highly-rated prospect who isn’t working out well with their current organization.
No matter the case, if Boeser were to be moved in a deal where a team is giving you their bad contract, the Canucks should be able to get good future value in the deal.
Cap space is extremely valuable and that’s why taking someone’s bad money needs to come at a price. Moving Boeser for a team’s fourth liner who is playing under 10 minutes a game and getting paid $5,300,000 is going to cost that team big value. If the Canucks go down the road of taking bad money in for Boeser, they should be expecting a first-round pick in return.
All that being said, let’s look at a few examples of players around the league that are in this situation because there are at least a few players who fit the mould of bad money options for the Canucks to take on in a deal.

We are 22 games into the season for Patric Hornqvist and he hasn’t scored a goal in his last 21.
The veteran is not working out with the Panthers this season in the midst of the final year of his five-year deal, which carries a cap hit of $5.3 million.
This is the type of player who will require a first-round pick attached to move on from.
Unfortunately, the Panthers don’t have a first to move unless they link it up with their complicated 2023/2024 pick that was used in the Matthew Tkachuk trade.
The Panthers might be more in the market to move Hornqvist for Boeser. They just don’t have the prospect pool or pick inventory to make a move for Horvat.
Hornqvist also has an eight-team no-trade clause in his contract.

With just four goals and four assists in 23 games this season, Josh Bailey is not living up to his $5 million cap hit.
The Islanders are in need of top-six scoring and they can’t rely on Bailey to be that for them.
Both Horvat and Boeser should be of interest to the Islanders, who currently sit in the first wild card spot in the Eastern Conference.
The Islanders hold on to more than enough draft picks to get a deal done for Horvat and have some top prospects like Aatu Raty, Calle Odelius, or even a young defenceman like Robin Salo.
Salo may be an interesting piece if a Boeser deal gets made, but a Horvat deal should target Odelius or Raty along with picks.
Bailey has no trade protection but that extra year at $5 million is a lot to take. The good news on his deal is that he is only owed $3,500,000 in actual dollars for next season. Teams looking to pinch pennies would enjoy that better than if it was the full $5,000,000 or more.

If the Bruins want to make a move for Horvat or Boeser, I’d be very surprised if Craig Smith’s contract was not in the deal. Smith has battled a shoulder injury this season and has only played in 12 games. He’s scored one goal and added two assists while averaging under 10 minutes of ice time with the Bruins.
The Bruins have their first-round picks for the next three seasons and prospects like former Vancouver Giant Fabian Lysell, centre Brett Harrison, 6’4″ left-shot defenceman Mason Lohrei, and 6’4″ right-shot defenceman Ryan Mast — all of who could be of interest to the Canucks.
If the Canucks are looking for money-in/money-out value trade for Horvat, the Bruins may be their best bet. They have the pieces to make a deal happen and Horvat’s style would fit right in with the mature leadership in the Bruins’ locker room.
Smith has no trade protection and will see his contract expire after this season.
Editorials
Recent articles from Faber