With 21 points over his last 12 games, Canucks D Christian Wolanin named AHL player of the week 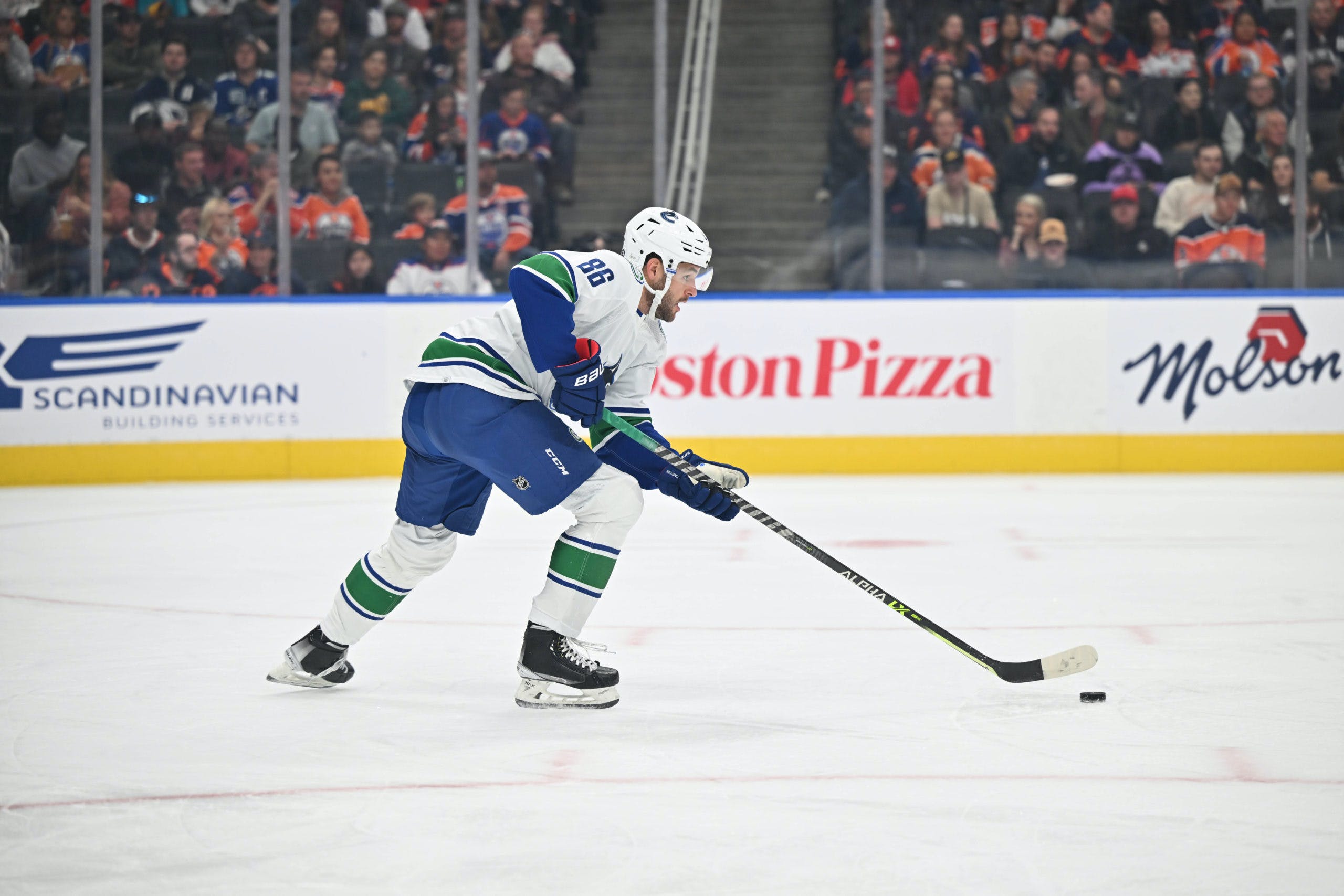 By Faber
1 month ago
It’s been a hot start to the AHL season for defenceman Christian Wolanin, and on Monday afternoon, his hot start was recognized by the AHL as he was awarded player of the week honours.
The 27-year-old left-shot defenceman put up 10 points over four games and has been playing top-pairing minutes while also contributing on both the power play and the penalty kill.
This season has shown us that Wolanin has some serious skill at the AHL level and it hasn’t just come from his hot play over this past week.
We spoke with Wolanin on Wednesday and will have a deeper dive into what’s working for him later in the week, but his play over the last seven days has resulted in some of his best offensive production of the season.
Wolanin is currently riding an Abbotsford Canucks record 12-game point streak. Over those 12 games, Wolanin has 21 points.
He is continuing to gain the trust of his coach in the AHL and doesn’t look like he will be slowing down any time soon.
The Abbotsford Canucks are currently riding a four-game winning streak on the back of Wolanin’s strong performance over the week and are back in action this weekend as they face off against the Manitoba Moose on Friday and Saturday.
Keep an eye out for our deeper dive on Wolanin featuring quotes from him and Abbotsford head coach Jeremy Colliton about the strong play that we are seeing from the defenceman this season.
News
Recent articles from Faber