Advertisement
Ad
What if the Vancouver Canucks didn’t trade for Markus Naslund? Part 2 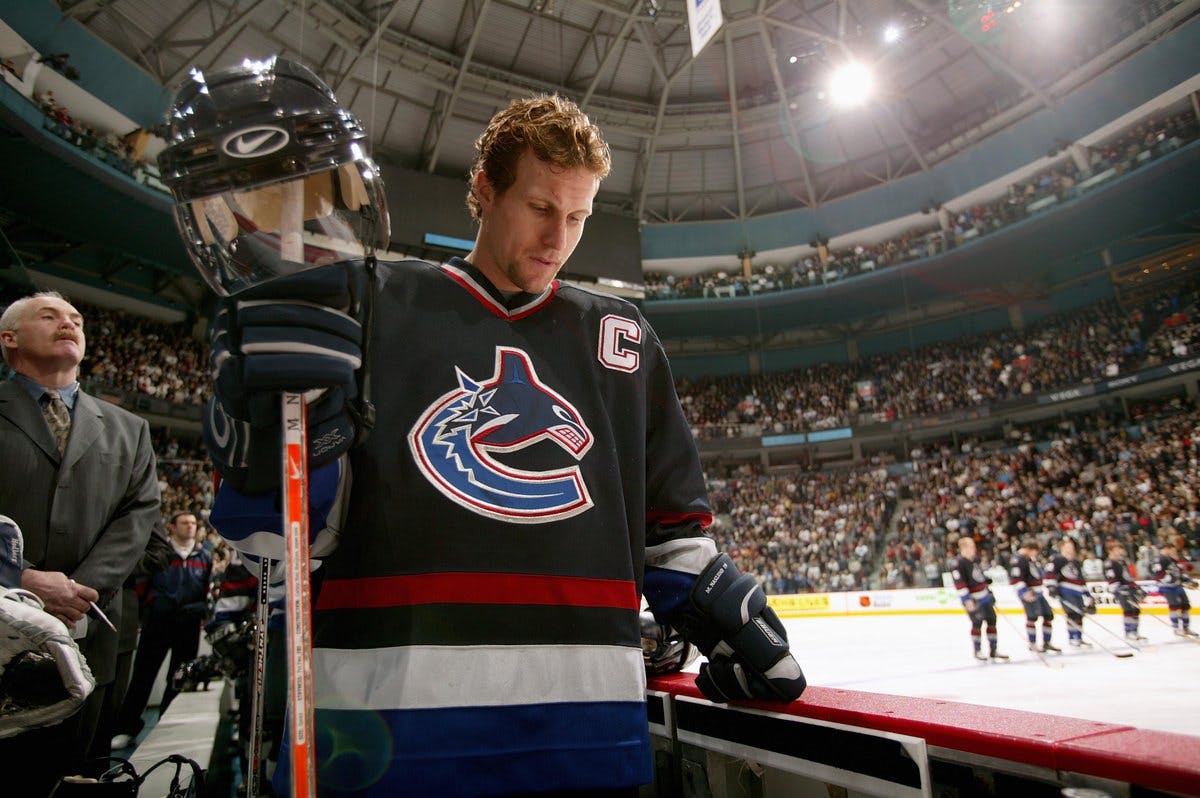 At the end of part one of this what-if series, we had reached the conclusion of the 2001-02 season after Todd Bertuzzi was inserted on a line with the Sedins, forming a potential new West Coast Express.

Without an MVP candidate in Markus Naslund leading the way, though, the Canucks fail to make the playoffs and are stuck in mediocrity. Their only hope is that the twins and Bertuzzi continue to develop into elite players while continuing to add supporting pieces around them, but such players wouldn’t arrive until years down the line.

Following another playoff miss in 2001-02, the Canucks preach patience to their fans and points to the youth of the Sedins and Bertuzzi as a reason for optimism. The team’s new first line continues to do the heavy lifting as Bertuzzi puts up his second consecutive point per game season while becoming a 40-goal scorer too.

The twins also eclipse the 60-point mark, and along with some reliable secondary scoring from Brendan Morrison and the return of Trevor Linden, the Canucks actually manage to finish the 2002-03 season as a top-10 offensive team.

Even so, the absence of a 100-point player in Naslund means that the club finishes the year with 10 fewer points than in real life, resulting in them ranking seventh in the Western Conference. This means that the Canucks have a date with the dynastic Red Wings in round one of the playoffs, and, as you can imagine, it’s a lopsided affair.

Detroit easily dispatches the Canucks in five games, with the series-winning goal being a Nicklas Lidstrom slapshot from centre-ice that somehow beats Dan Cloutier.

Yep, even the multiverse can’t prevent that goal from happening. Classic Canucks luck.

Falling to the Red Wings doesn’t stop fans from being excited about the team’s future, though, as many people were surprised that playoff hockey even returned to Vancouver. The season was definitely a welcome surprise, but what proceeded in the 2003 draft would impact the club even more.

Since they finished 11th overall in the league, the Canucks move up a few spots in the draft and now hold the 19th overall pick. They proceed to select Ryan Getzlaf with the hopes that he can become a reliable second-line centre behind Henrik, which (spoiler alert!) comes to fruition later on.

Naslund remaining a Penguin also means that Pittsburgh doesn’t select first overall, and Marc-Andre Fleury goes to the Hurricanes instead. Eric Staal then becomes a Panther, and the rest of the legendary 2003 draft is changed as a result.

Coming off the heels of a surprising postseason appearance, the Canucks now expect to be a consistent playoff team moving forward. They largely replicate their regular-season record from the year before by finishing 12th in the league with 93 points in 2003-04 and ends up as the seventh seed in the Western Conference.

The most notable change in this alternate reality is that the infamous Bertuzzi/Steven Moore incident doesn’t take place without the presence of Naslund. This means that Bertuzzi’s eventual decline is more gradual since his performance isn’t impacted as much by off-ice issues.

Unfortunately, the Canucks are once again matched in the playoffs with a powerhouse team, only this time it’s the Sharks. The series is more competitive than the one involving Detroit but the Canucks are still eliminated after six hard-fought games, going home after the first round for the second consecutive year.

Finishing lower in the standings means that the team once again selects higher in the draft than they actually did, but the Canucks still choose Cory Schneider in round one since goaltending is a position of weakness for the franchise. Surprisingly, they also manage to snag Alex Edler and Jannik Hansen in later rounds, as the 2004 draft proves to be a pivotal one for the club.

Following the 2004-05 lockout season, everyone’s attention is on the Sidney Crosby sweepstakes. Pittsburgh originally won the draft lottery but they are no longer in the running due to Naslund being on the team, meaning that Crosby gets drafted by the Ducks instead.

Meanwhile, the Canucks are rewarded with the sixth overall pick but select Gilbert Brule, who turns out to be highly disappointing. That doesn’t change their future success though, as the team originally selected the late Luc Bourdon, who suited up in only 36 games before tragically passing.

The 2005-06 campaign sees the twins blossom into full-fledged superstars. Along with Bertuzzi, the trio all score over 90 points and form the best line in the league. A rookie Getzlaf also makes an immediate impact and becomes the team’s second-line centre right away, and his contributions help the Canucks finish with 95 points to squeak into the playoffs as the eight-seed.

Facing a daunting rematch again Detroit, the Canucks are dominated once again and swept out of the postseason. Having been eliminated three consecutive times in the first round, it’s obvious that the team needs a major overhaul in order to become true contenders.

So, on June 23rd, 2006, the Canucks trade Bertuzzi to Florida in exchange for Roberto Luongo, and the 2006-07 season plays out similarly to what happened in real life. Getzlaf continues improving but his production essentially replaces the contributions of Naslund, who was still a very good top-six forward at the time. The Canucks would finish eighth in the league and are matched against Dallas in the first round of the playoffs, whom they proceed to beat in six games.

They then go up against the Ducks in the Western Conference semi-finals. Anaheim might not have Getzlaf anymore, but they replaced him with *check notes* a guy named Crosby, who proceeds to put on an offensive clinic and sends the Canucks packing after a short five-game series.

Unsurprisingly, the Ducks would go on to win the cup, as Crosby becomes the youngest captain ever to both hoist Lord Stanley and win the Conn Smythe Trophy.

After making the second round for the first time in a decade, fans have high expectations for the Canucks in the 2007-08 campaign. Unfortunately, their hopes of watching a title contender would soon be dashed as the team struggles out of the gate and only manages to snag the last spot in the Western Conference playoffs.

In what has now become a tradition, they once again meet Detriot (for the third time of the 2000s!) and bow out after six games. The Red Wings then go on to win the cup, but not before an epic seven-game series in the Western Conference finals against the Crosby-led Ducks, which has now become the biggest rivalry in hockey.

Following a season in which he flirted with point-per-game production, Getzlaf signs a five-year, $25 million ($5 million AAV) deal that proves to be a bargain contract right away. The following year, he explodes and puts up 85 points, sparking debate as to who the Canucks’ true first-line centre is.

Fortunately, there’s no such conflict within the locker room, as everyone is just happy to see the team get back on track after a trying year. Getzlaf is also awarded with the captaincy and leads the Canucks to a top-five regular season record in 2008-09, which helps them secure the number three seed in the Western Conference.

In the playoffs, the team swiftly sweeps St. Louis before facing Chicago in round two. The two sides trade victories, setting up an epic game seven that goes to double-overtime. Getzlaf would prove to be the ultimate hero by scoring a power-play goal that was set up by both Sedins, resulting in the Canucks advancing to their third Conference Finals in franchise history.

There, they are matched up against Anaheim, who outlasted Detroit in the other second-round series. The Canucks put up a decent fight but lose in six games to the eventual champion Ducks, as Crosby wins his second cup in just his fourth season in the league.

And that concludes part two of this what-if series! Stay tuned next week to see whether or not Getzlaf’s addition can help the Canucks get over the hump and hoist Lord Stanley, as the fateful 2010-11 season is right around the corner.