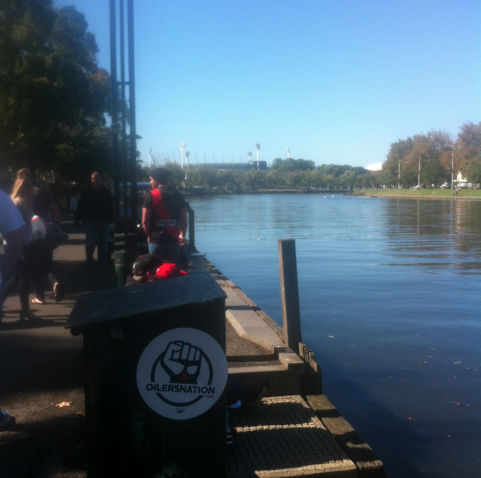 Every year the Oilers fail to make the post season and every
year we are sent out screaming into the world on a backpacking trip, prevented
from scratching out our eyes, being caught bawling in front of a closed Rexall
Place or worse.
This year we are in Australia, the land of Bundy Rums, babes
that disappointingly don’t go crazy with desire at the sound of a Canadian
accent and the AFL. 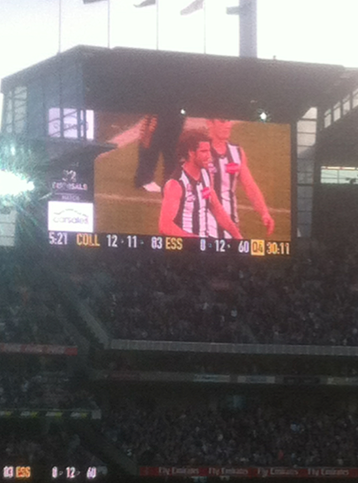 Wanye Manor roommate Sam Brown recently retired from a top
drawer career with the Morningside Panthers – an AFL-Q team in Brisbane. Over
the past year he has explained the awesomeness and many nuances of the AFL game in detail and it was agreed that going to the ANZAC game – the Remembrance
Day of Australia and New Zealand – would be the Aussie equivalent of going to the
Superbowl.
Advertisement
Ad
Advertisement
Ad
And so we found ourselves the cheapest airfare that Hotwire
cared to offer and boarded a plane for Australia to attend the match between
the Essendon Bombers (the good guys) and the Collingwood Magpies (the evil
guys) with @17samb, @thesquir3, @sgreener82, @mrsyakupov and 91,131 of our closest mates. 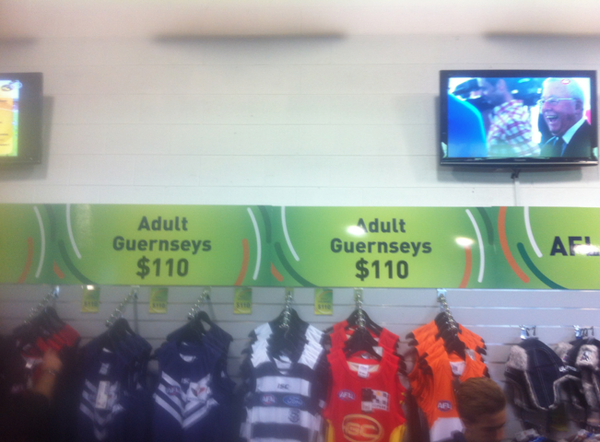 Like any good bandwagon jumping fans we knew walking into
the gigantic arena – the Melbourne Cricket Grounds or the MCG – that we needed a hat, a
foam finger, a Bombers branded airhorn and whatever else they would sell us.
Down here everything is exactly the same as home but with
slight differences. Take the spelling of jerseys for example. Pretty straight
forward right? The same all around the English speaking world one would think –
correct? Incorrect.
Guernseys are for sale down here though if you are
interested. 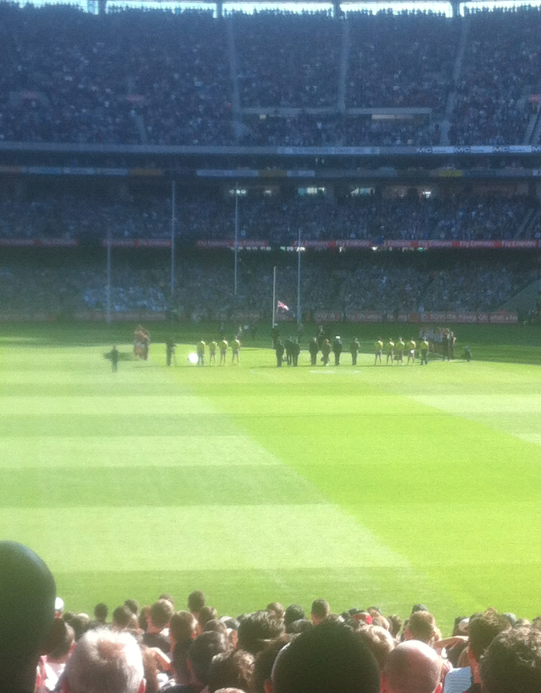 The ANZAC game is a classy affair as it honours the
sacrifices of the troops throughout the history of Australia and New Zealand.
These guys do it right, with soldiers of the past 75 years attending the game
and being treated to rousing applause throughout the game with video features
on the scoreboard.
Advertisement
Ad
Advertisement
Ad
We couldn’t help but get goose bumps as we stood stock still among 91,000
people for a moment of silence prior to the start of the game. It was something to see.

AND NOW TO THE GAME 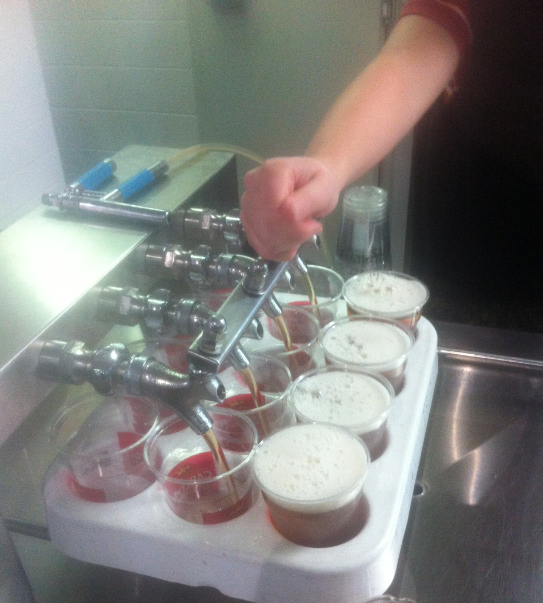 For your ol’ pal Wanye the most important thing about any
place, event or time in human history is the beer. Specifically how is the
beer? Is said beer cheap? How fast can you get a beer? Well brother if there is
one thing the MCG gets and gets good it’s the beer. Or as they call it down here “the
Lager mate.”
Have you ever in your life seen a 4 tap beer array?! Sweet
Nuge’s beard it’s about time scientists got around to an innovation like this. Unsurprisingly
this thing being expertly worked by a concession staffer gets you a beer 4x as
fast.
And where do you put your four beers? How about in a four beer tray you
can carry in one hand. Man if they had these in Edmonton they would need a line
of ambulances waiting on standby outside for blocks.
Advertisement
Ad
Advertisement
Ad 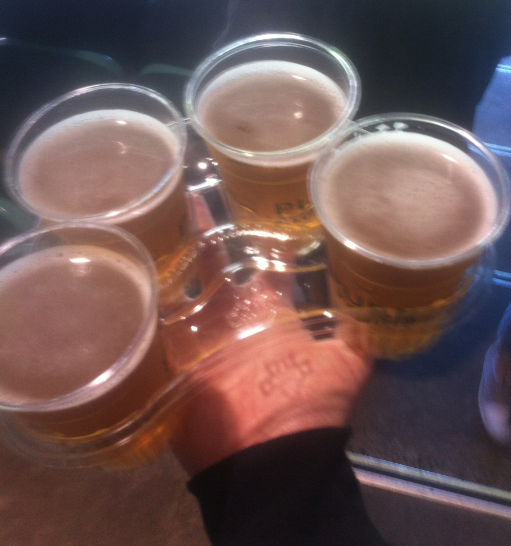 The AFL is interesting in that one city can have multiple teams, all the teams are owned by the league and they all share stadiums. The result is that fans are mixed together like peas and carrots – Melbourne has
94% of the leagues teams all in one city. So us Bombers fans were mixed in with
the Magpie cretins (who are super nice by the by) and this led to occasional fights fueled by the beer arrays.
Essendon got out to a gigantic lead in the first quarter up
40 points which in AFL terms means “you are getting pumped son.” But
Collingwood climbed back in the second quarter with the wind at their backs and
it went into half time almost tied. Then the damned Magpies turned on the jets
in the 3rd quarter and laid a beating on the beloved Bombers 83-60.
Advertisement
Ad
Advertisement
Ad 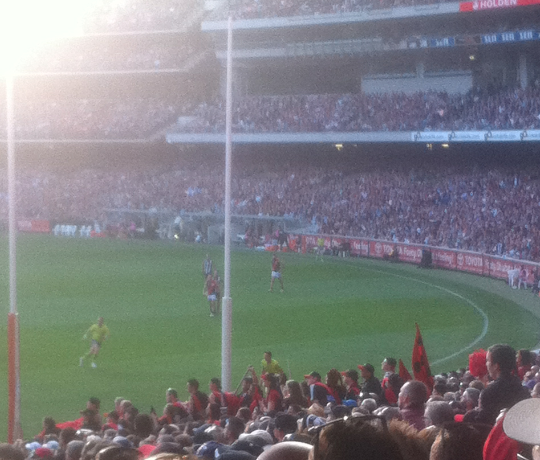 Following sports teams is a lot like falling in love. Many people never allow themselves to fall head over heels, they end up with a safe
play and a safe relationship. Those that do fall hard for their favourite teams
place themselves in extreme risk of heartache year after year but also
experience the dizzying highs when the team performs.
Bandwagon jumpers never make a full emotional commitment to
a team. They are there for the good times and don’t feel the crushing heart
ache if say their team fails to make the playoffs for the seventh straight
year.
At the same time it is impossible to be in love with two
teams at the same time. When someone says “I am a big fan of the Oilers and the Bruins” or whatever these are the same type of people who get busted one day
having a second family two provinces over. You can only be in true love once.
Advertisement
Ad
Advertisement
Ad
We watched the Essendon fans cheer and rage and pull their
hair out as the damned ‘pies stormed back from a first quarter deficit to win
the game. They cursed the opposition, blamed the referees and every thing else
under the sun. We could appreciate what was going on much like we can
appreciate a hot babe walking down the street in the Melbourne sun. 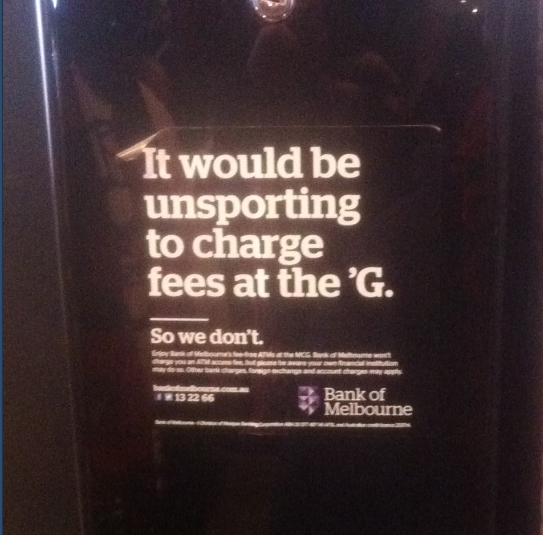 Yes, the game is a ripping good time. Yes, she has legs for
days and a face that launched a thousand ships. I can buy the hat (check) the
“Guernsey” (strange but check) and stand at attention for a moment of silence
honouring the ANZAC troops that have sacrificed their lives for this wonderful
part of the world.
But it’s not love.
Even at this game in the middle of paradise I was thinking
of my beloved stupid Oilers a half a world away. Even though it had nothing to do with anything I found myself wishing the roaring crowds of the MCG were instead at
Rexall Place cheering on a team of hard nosed legends smashing away on some
overmatched playoff foe. Instead we are perennially last, riddled with
incompetency and breaking hearts year after year.
Advertisement
Ad
Advertisement
Ad
But dammit that’s the team I fell for so long ago and they
will own my heart for all eternity.
Damn you to hell Edmonton Oilers. I will ride with you till
the casket drops. If you could kindly get your shit together so we aren’t in
last place every single year that would be just fantastic.
Tonight I go to see the Sydney Swans and my man crush Buddy Franklin who was recently in crap for inexplicably smashing up 4 cars in the middle of the night in his model girlfriend’s Jeep. Article to follow.