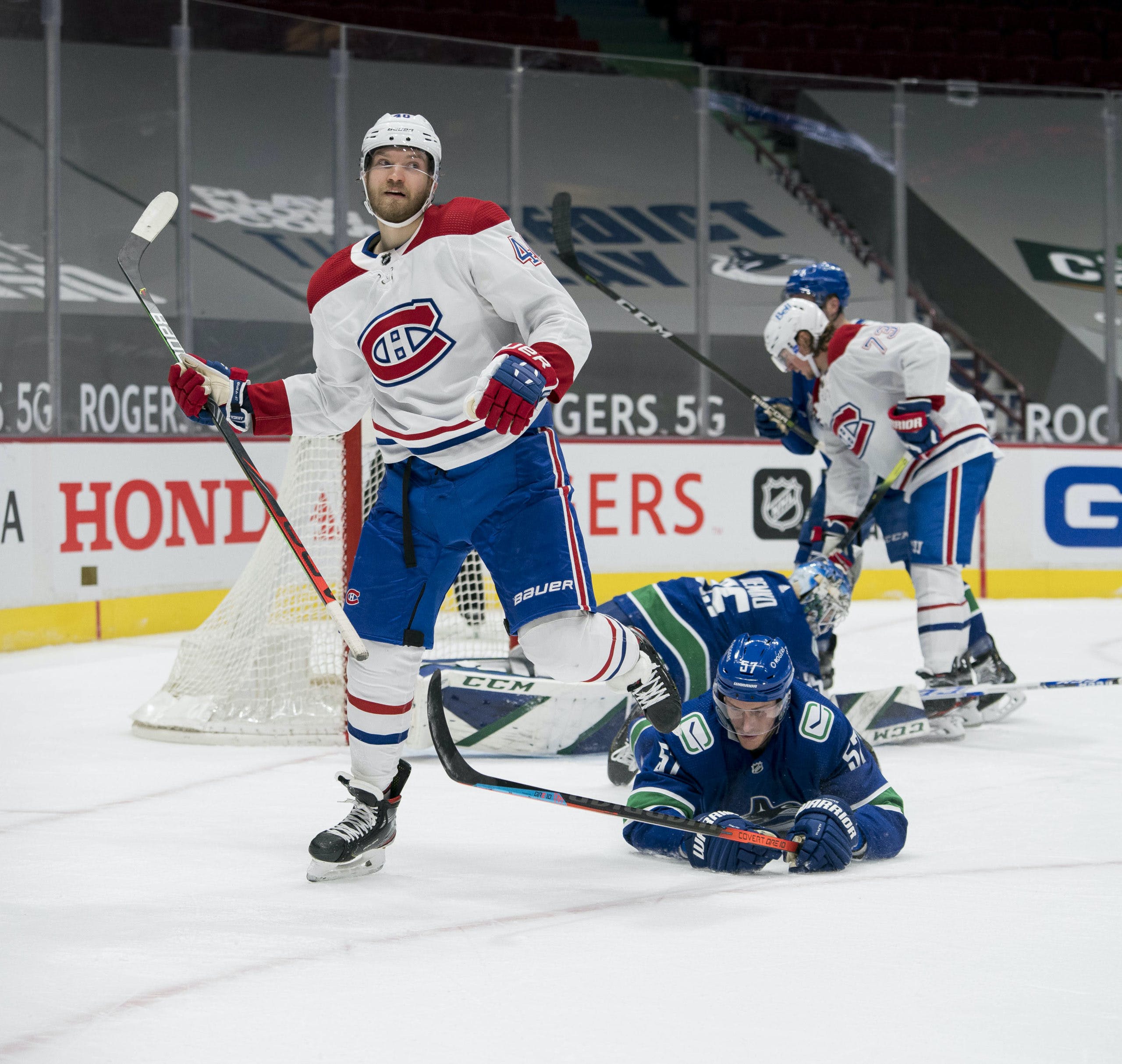 Photo credit: © Bob Frid-USA TODAY Sports
By David Quadrelli
2 years ago
Comments
The Vancouver Canucks may dodge a serious bullet, as it appears as though Tyler Myers won’t be suspended for this hit on Joel Armia, which left the Montreal forward with a concussion:

Joel Armia goes to the dressing room after this high hit from Tyler Myers. pic.twitter.com/OMZcCxVdOZ

My gut reaction was that Myers would get at least a one-game suspension, and that anybody suggesting he could avoid discipline was just extremely biased.
All I’m saying is if it were Elias Pettersson or Quinn Hughes on the receiving end of this hit, Canucks fans would be sharpening their pitchforks and out for blood.
That being said, early word from TSN 1040’s Matt Sekeres was that the Department of Player Safety was leaning toward not dishing out any supplemental discipline for the hit.
This was confirmed this morning by Sportsnet’s Montreal Canadiens reporter Eric Engels, who stated the league would be releasing a detailed explanation later this afternoon:

No indication @NHLPlayerSafety will be issuing further discipline to Tyler Myers for his hit on Joel Armia. Expect a detailed explanation later today. @Sportsnet

Now, a deep dive into why this hit won’t result in a suspension is in order, because honestly, even I was certain it would.
Advertisement
Ad
Advertisement
Ad
The league’s explanation will certainly be the clearest explanation, but the main reasoning will lie in the fact that the main point of contact appears to be shoulder to chest, with the follow through catching Armia up high, which isn’t against the rules as they’re currently stated.
Was the hit unnecessary in a 6-3 game? Probably.
But suspension worthy? Not according to the rule book.
Additionally, fans on Twitter were quick to point out that it was a “blindside” hit, and wondered if that could factor into why Myers should be suspended.
The only issue with that is that the term blindside isn’t mentioned at all in the NHL rule book, not even once.
If you’d like to see the rules change given what we know about the long-term ramifications of head injuries, I’m right there with you, but this hit just doesn’t constitute a suspension under the current rules.
Advertisement
Ad
Advertisement
Ad
The Canucks, already without Alex Edler, Travis Hamonic, and now maybe even Jalen Chatfield, are very lucky to not be losing Myers for any period of time, as they have already used eight defenceman through six games.