WWYDW: Which Vancouver Canuck has impressed you the most so far? Who has not? 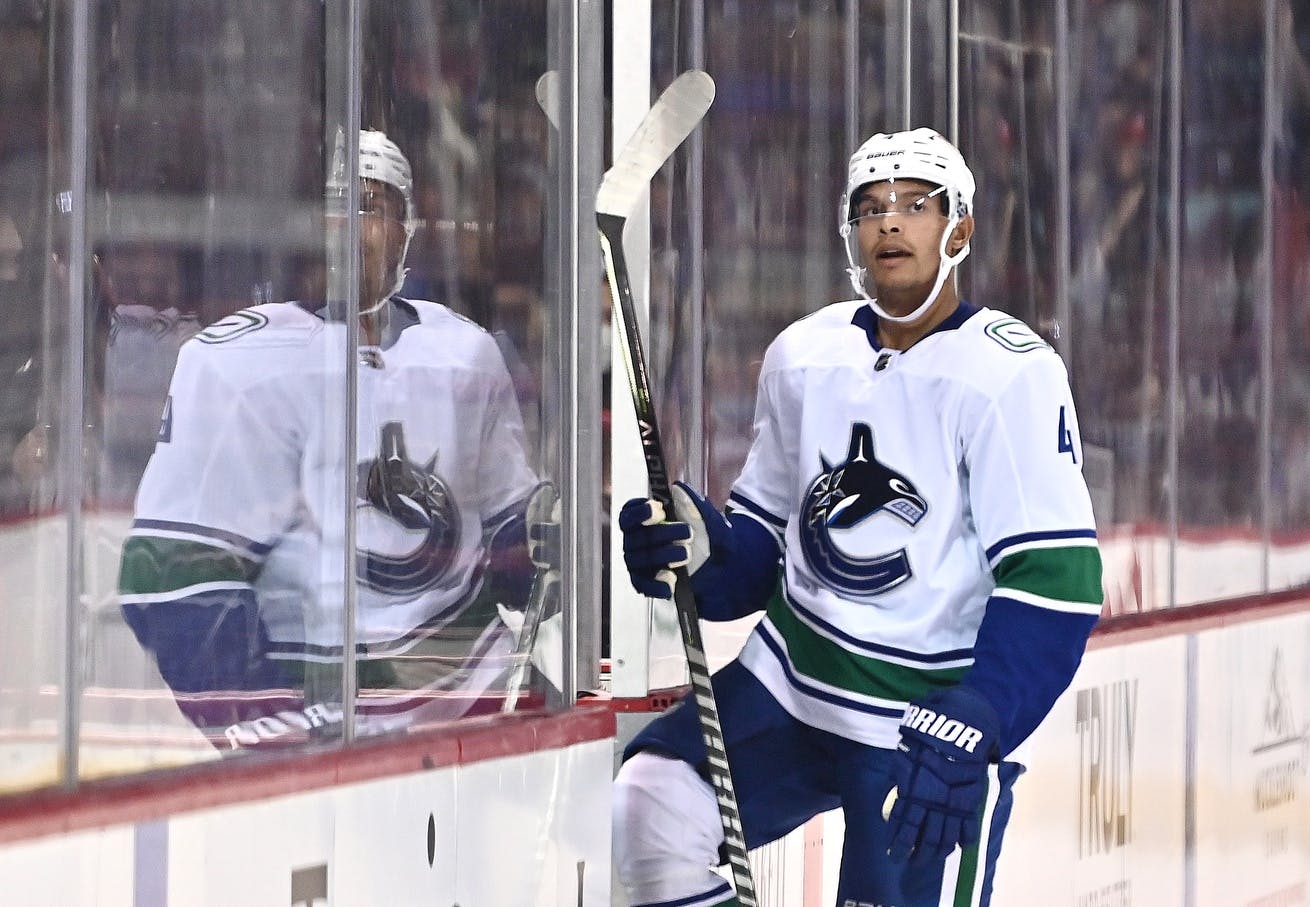 By Stephan Roget
1 year ago
Welcome back to WWYDW, the only hockey column on the internet that is perpetually on the cusp of overtime.
Speaking of time that is over, how about the wait for Vancouver Canucks hockey?
The long, long offseason of 2021 is finally behind us, and the 2021/22 campaign has officially begun.
We’ve seen bag skates, scrimmages, and (depending on when you’re reading this) at least two exhibition games. Heck, we’ve even seen the Seattle Kraken already, if you can believe it.
Rarely has a Canucks training camp been as hotly contested as this one. There are jobs on the line all over the roster, and most players are playing like it.
Some, of course, are not, but you can’t win them all.
This week, we’re slipping into the classic “one up, one down” format of question-asking.
This week, we’re asking you:

Which Canuck has impressed you the most so far?

Which Canuck has impressed you the least so far?

Record your answers in the comment section.
Last week, we asked:

What Canucks storyline isn’t getting enough attention heading into the 2021/22 season?

Your dark horse headlines are below!
J-Canuck:
I believe adding Conor Garland to the top-six was a huge win. If you look at all the back and forth about the trade, the #9 pick overall was swapped for Garland. Young forward that should explode in Vancouver which ever line he plays on.
Kanuckhotep:
How about the potential for a ready-made intense rivalry with the Seattle Kraken? What will they call it, “the Battle of I-5?” Can’t wait for this one.
Hockey Bunker:
Goaltending.
This team will only go as far as Demko and Halak can carry them. Further to that, Halak needs to win two-thirds of his games. Can’t have a backup who is a guaranteed loss night.
Killer Marmot:
Gadjovich. He was a scoring phenom in the AHL last season, with a league-leading .789 goals-per-game. No one else came close to that.
Now he’s just short of 23 years old. His career hangs in the balance. Will he become a full-time NHLer, a regular call-up, or a career AHLer?
Derek13:
I think the lack of tangible improvement on D. The moves made seem lateral at best. Losing Edler and Tanev’s shot-blocking has still not been addressed, and Benning’s comment of Poolman being “Tanev-esque” doesn’t make him the heir apparent. And now it appears Hamonic will miss the start of the season, as may Hughes. There are so many question marks and fingers crossed.
If they gel, the team should be dangerous, but if it’s a similar crapshoot like last season, it’ll be another lost season. Not sure why Vatanen is still unsigned. Maybe with Hamonic out for the foreseeable future and possibly Hughes, maybe they should bring in Sami on, at the very least, a PTO. I believe he can play both sides. Maybe he can snag a contract from Vancouver or, like Upshall before him, a contract with another team with a good showing. I don’t think he’s done and I think he could be an upgrade on Poolman or Schenn. He’s got 200 points in around 500 games so he’s got some offensive talent and he’s -5 in his career which shows he’s not a bad defenceman overall. Could be a win/win.
Kanucked:
I’m not sure Faber has done enough stories on Vasily Podkolzin.
Duncan Stewart:
(Winner of the author’s weekly award for eloquence)
The dynamics between coaches and management should be interesting to report. Baumgartner, I assume, is Travis’ guy, but his defence was awful last year. Enter Brad Shaw, who apparently Travis Green has no history/loyalty with. Will the two coaches make it work? Who gets fired if the D is terrible again? Also, how do the Sedins fit in to the management picture? What happens when they disagree with Benning/FA? Will this be just like the Linden experiment?
A River Named Curt:
Signing Hunt.
Copperfinch:
The story not talked about enough is how close this team is from being right back where it started when Benning took over. Now that Podkolzin has arrived, there are no reasonable NHL prospects in the system other than DiPietro. The last two first round picks were traded away just to make them competitive, and there is little to no cap space. This core group needs to be the one that makes a deep playoff run because the next core is another five or six years away. Benning and Aquilini have gambled with their fanbase’s trust and have now pushed in all of their chips…just to be a good team.
Defenceman Factory:
While not a Canuck-specific issue, an interesting one is what seems a trend upward in RFA contract costs. How does the contract value of the richest 50 RFA contracts now compare to ten years ago? Is the trend just a perception or is it real? What is the impact on other player salaries? Is it causing lesser NHL players to be pushed into European leagues, reducing the average caliber of players?
The NHL and NHLPA have a mutual interest in governing player salaries to ensure a quality product which generates shared revenue and provides reasonable parity between teams. This absolutely requires governing the individual short-term motivations of players, owners and GMs. The ELC and RFA restrictions have been relied on to provide this governance meaning young players absorb all the impact. Is this approach still effective? It seems to me a new, comprehensive look at this is overdue.
94Fan:
Thatcher Demko having the net all to himself. This is his time to shine and he will.
Uncategorized
Recent articles from Stephan Roget