WWYDW: Where will the Canucks finish in the Pacific Division in 2021/22? 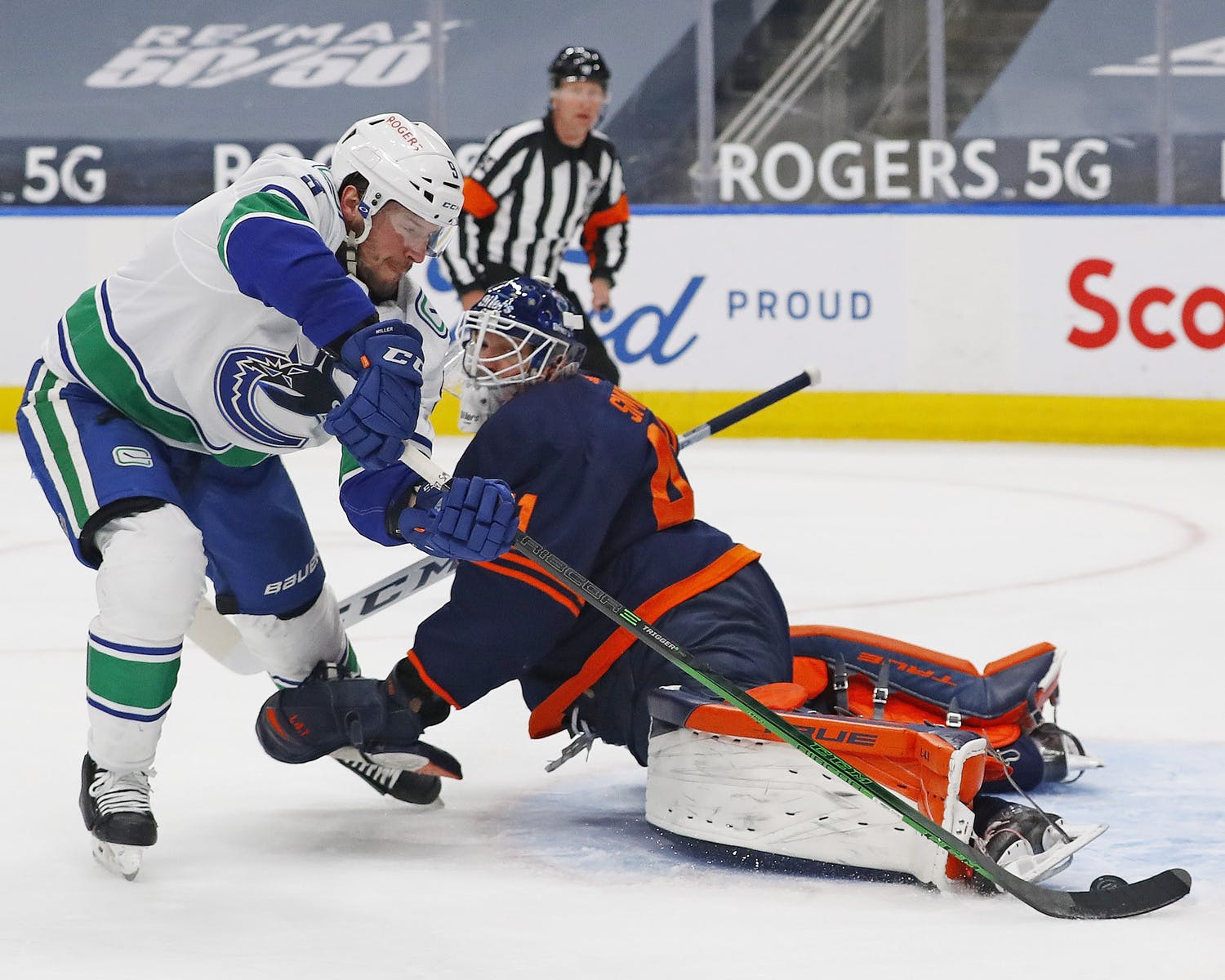 By Stephan Roget
1 year ago
Welcome back to WWYDW, the only hockey column on the internet that thinks the Tucker Poolman signing was worth it just based on his cool name alone.
And Poolman wasn’t the only name of note added to the Vancouver Canucks’ depth chart this offseason. He’ll join Conor Garland, Jason Dickinson, Oliver Ekman-Larsson, Jaroslav Halak, Luke Schenn, Brad Hunt, Phil Di Giuseppe, Brady Keeper and more on the revamped 2021/22 roster — along with this cheap “Brandon Sutter” kid who we think people are gonna really dig.
Clearly, Jim Benning and Co. have not been standing still this summer, but then neither have their division-mates, either.
The Canucks have flipped back over to the Pacific Division to start 2021/22, along with the Calgary Flames and Edmonton Oilers, where they’ll reconvene with the Anaheim Ducks, Los Angeles Kings, San Jose Sharks, and Vegas Golden Knights. Then there’s the new kids on the coastal block, the Seattle Kraken, to consider.
Of the entire set, only the Vegas Golden Knights have established themselves as true contenders of note. Beyond them, spots two-through-eight appear to be wide open, making it all the more possible that the Canucks find themselves back in the playoffs when the 2021/22 regular season comes to a close — or, if you prefer pessimism, all the more possible that they find themselves back in the divisional cellar.
Either way, there’s always a fun element to calling your shots ahead of time, and that’s what we’re asking you to do this week:

Where do you think the Canucks will finish in the Pacific Division in 2021/22?

What is your review of the Canucks’ offseason so far, through Expansion, the Entry Draft, and the opening days of free agency? 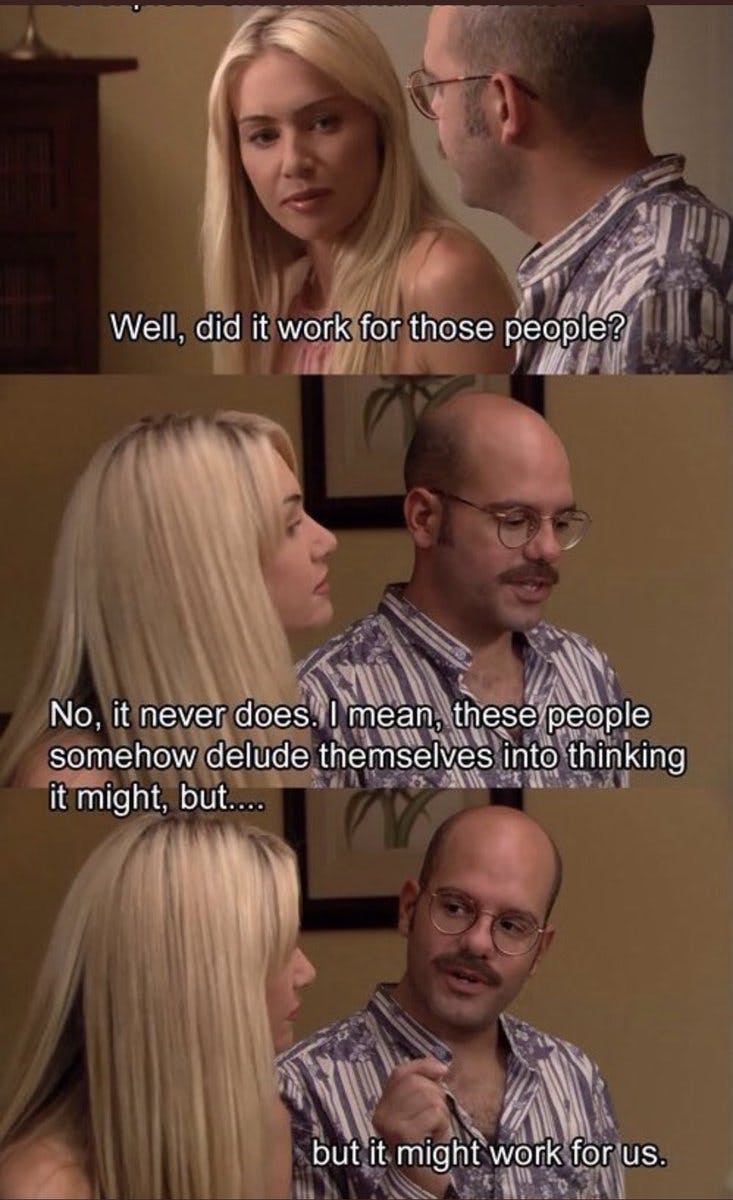 wojohowitz:
Let`s give Aquilini a little credit. My rough estimate is that he spent $40m yesterday on player contracts.
TheRealRusty:
(Winner of the author’s weekly award for eloquence)
Say what we want, but the focus and direction has been unyieldingly consistent. This owner posing as a GM has had a one-track mind since 2011; lusting to dive back into the fountain of playoff revenues.
All the moves made by his AGMs over the past seven years have been to mortgage the future (with both picks and cap space) for immediate gratification. The ink on their self-proclaimed two-year plan, for bad contracts to expire, was barely dry when he was tempted yet again by the Arizonian mirage of another shortcut. He swapped one backup goalie for another, moving cap issues from this year to the next ($1.9m plus $1.5m). He gutted two drafts worth of top-end prospects (2020 and 2021 drafts) which would have provided the cheap ELC contracts to fill the roster when BoHo and Boeser comes off their bridge contracts. They took an unwise gamble on the last six years of a declining OEL’s contract ($7m hole in the 2024-2027 cap space) which could possibly pose problems re-signing Podkolzin/Höglander to reasonable mid-term contracts (buying one or two years of UFA) after their ELC. All of these efforts to improve for next year, only serve to hamper the salary structure by kicking the salary cap problems three or four years down the road.
What we are seeing is a business model which requires the team to constantly dump contracts (and picks), over-relies on salary-escalating bridge contracts and executing more buyouts (taking in more dead cap space) in order to prevent being cap stressed year after year. Inefficient, most absolutely. Entertaining for pundits, hell yes.
Defenceman Factory:
This offseason has been truly historic. The magnitude of change is incredible. The effort level to do so much in so short a time astounding. Next year’s team is much improved, and on paper looks like it will be near the top of the division. Definitely some gambles on a couple D-men, but if those pay off this is a team with the skill and depth to make a deep run next season and the year after. There were no half-measures here. The Canucks are fully refurbished.
I truly dislike almost all (the few draft picks look fine) of what has been done this offseason. I have an uncle who is a huge fan of the Canucks and ever since the ‘94 run he has said just once in his life he wants to see the Stanley Cup in Vancouver. If it doesn’t happen in the next two years, he will likely never see it. I’m at an age where, as a kid, I put up posters of Kurtenbach and Tallon on my wall. After this offseason I’m wondering the same thing as my uncle about my lifetime. The scorched earth left by the Benning years could be as desolate as what Gillis left behind.
I am very excited for next season. If OEL and Poolman come as advertised this will be an extremely good team. It looks near impossible to keep it that way for very long. I give the Canucks organization a tip of the hat for stocking the farm team with quality professional players and spending the money necessary to do it. This was a first-class move for the launch of a new team.
J-Canuck:
GMJB got rid of players that didn’t want to be in Vancouver or were useless and brought in players that want to play for the Canucks. To me that is a win. The top-nine might be the best in the Pacific, the backup goaltender is an improvement while the defence is a wild card, but it was last season. My belief is that with Shaw as the new coach, a proper offseason, training camp, and actual practices the defence will improve. I’m excited for next season.
Uncategorized
Recent articles from Stephan Roget