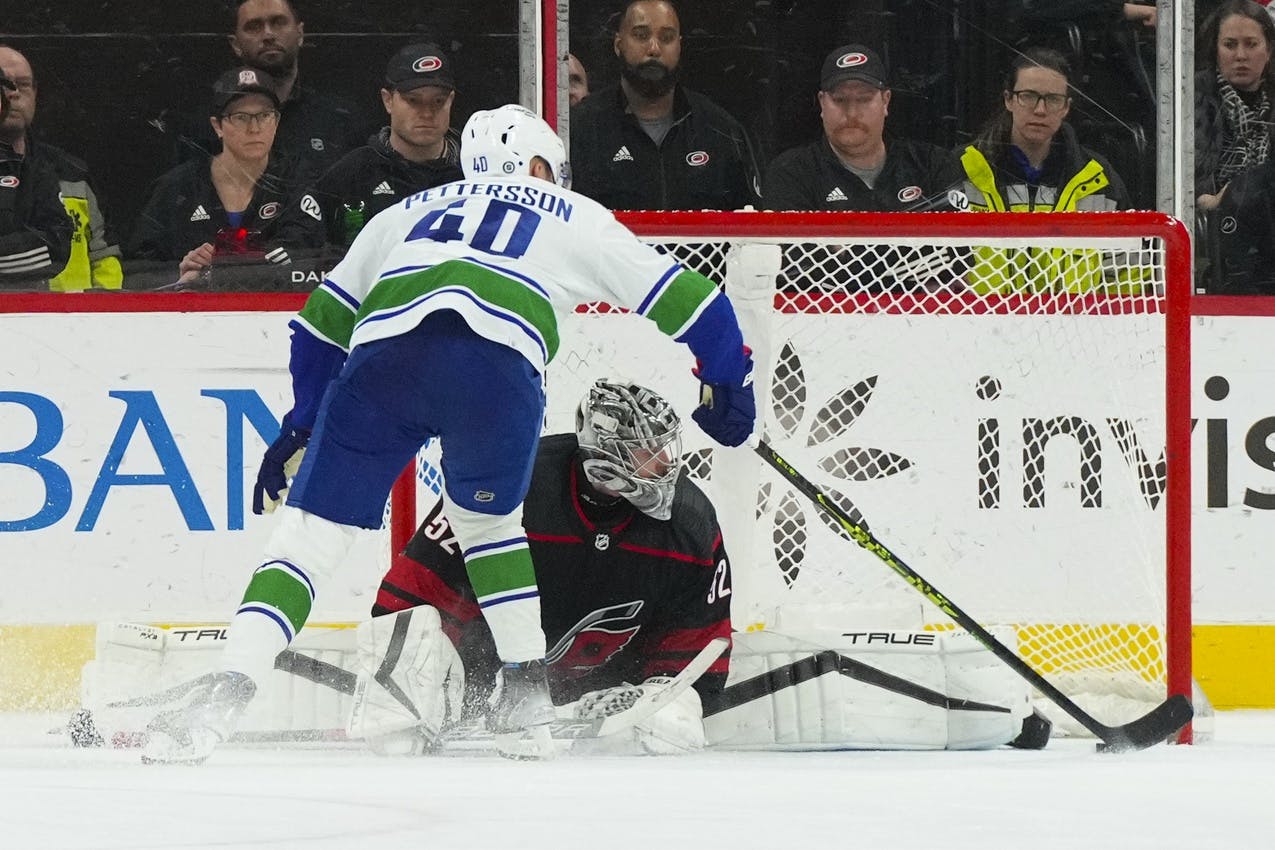 By Stephan Roget
16 days ago
Welcome back to WWYDW, the only hockey column on the internet to never miss a deadline.
Speaking of deadlines, there’s an important one coming up. The Vancouver Canucks, and everyone else, are just six weeks away from NHL Trade Deadline 2023. This year, that occasion falls on March 3rd, and that doesn’t really give the Canucks as much time as one would like to make some very, very vital decisions.
We’ve heard a lot in recent weeks about a handful of potential trades in Vancouver, and about three pending UFAs in particular: Bo Horvat, Andrei Kuzmenko, and Luke Schenn. We can presume to hear a lot more about them in the weeks to come, too, and much of that chatter will surround their potential trades and the potential returns those trades will yield.
But there’s what the team will ask for, there’s what the team will get, and there’s what fans will find to be a satisfying result. Oftentimes, there are three different answers to those three different questions, but there’s only one that we can really get at ahead of time, and it’s the latter.
That’s why, this week, we’re pre-emptively crowdsourcing our trade reactions by asking you:

What is the minimum returns for Bo Horvat, Andrei Kuzmenko, and Luke Schenn that you would find satisfying as a fan?

Who is your current favourite Vancouver Canuck?

You answered below!
ShawnAntoski:
alpacaduck:
Ryp.
Axeman25:
(Author has heavily altered this answer as poster was answering last week’s question)
[…]OEL […] All-Star […]
kanucked:
Pettersson! He’s one of the few players we can build the team around.
Hockey Bunker:
I guess given the choice of being hanged for a crime I didn’t commit or choosing a favourite Canuck, I’d have to go with Kyle Burroughs .
He is the only guy I can identify with. He brings his best every shift, even when he hasn’t been given the opportunity to play for a long time.
As for the rest, I really don’t like this team much at all, it’s rivaling the Messier era for me.
elliot:
Jett Woo. Best name and I can’t remember ever seeing him make an unforced error.
Wilson:
(Winner of the author’s weekly award for eloquence)
Favourite, as opposed to best player (which would be Pettersson)? I think Horvat. He’s put a lot into this club, and aside from his career year right now, he’s also for years been the guy to come up big in an overtime or late in the game. As for the knock that he didn’t lead the team to success: name me a current player in the NHL who could have done that, given the steps management took.
And off the ice, he’s been nothing but a good guy, involved in causes and doing little things like the recent stick and signed jersey for a fan. I think he’s on his way to greener pastures – I wish him nothing but luck.
David Williams:
My vote is for the trainer, I think he does his job. If I was GM, only Pettersson, Kuzmenko, Demko, Schenn, Lazar, Bear, and prospects in Abbotsford would be kept for now. Great teams have speed up front and size and mobility on defense. All the players need character, self-motivation, passion to win, and great hockey sense. Long way to go before the Canucks can even think of contending.
Atlas:
My current favorite Vancouver Canuck is Vasily Podkol… Umm no, it’s Jack Rath… No wait, it’s Nils…
Never mind!!
Reubenkincade:
I like watching comedy on ice, so my three favourites are, in no specific order: JTM, OEL, and Myers.
Always great for a laugh
CRobinson:
Kuuuuuuzmeeeeenkooooo!
Because despite a horrible year for the Canucks, he’s still smiling and still wants to be here.
Stephan Roget:
Elias Pettersson.
As if you all couldn’t tell already.
The talent is one thing, but the grace with which he carries himself is another altogether.
Who else is anywhere near as admirable?
Editorials
Recent articles from Stephan Roget