WWYDW: Your boldest predictions for the Vancouver Canucks in 2021/22 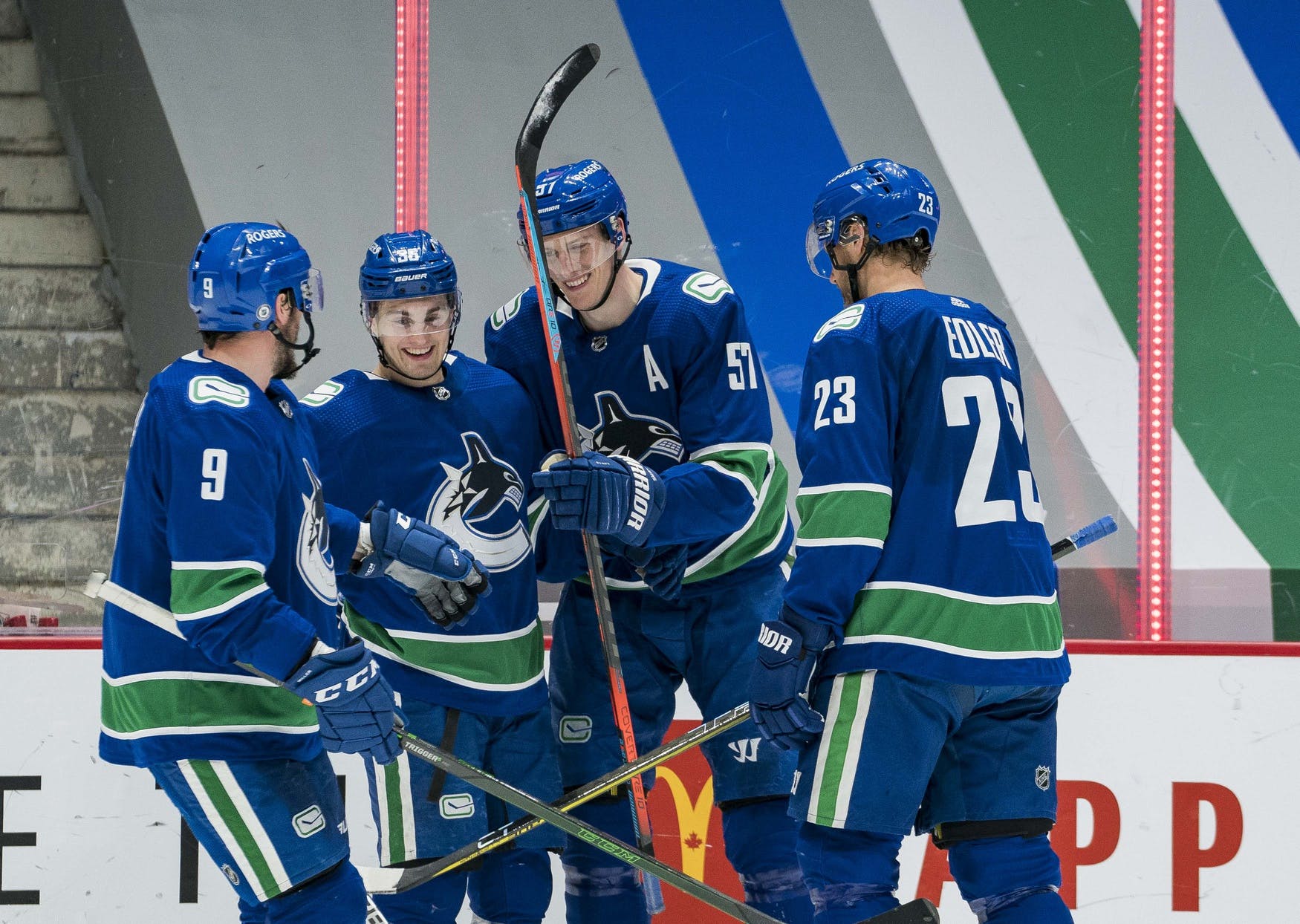 By Stephan Roget
1 year ago
Welcome back to WWYDW, the only hockey column on the internet to not run out of ideas this summer.
Speaking of summer, it’s over.
As you read these words, the Vancouver Canucks’ 2021 training camp has either already opened or is mere hours away from doing so.
Then, it’s off to the 2021/22 season, and who knows where else from there.
Prognosticating and predicting is now a major component of modern hockey fandom. It’s the underpinning of fantasy sports, the basis of endless summer debate, and something that most fans need to do to keep themselves sane in the offseason. One of the best things about pro sports are that they’re entirely unpredictable — and yet, we keep on trying.
Some things are so easy to predict, they’re virtual guarantees. Elias Pettersson is going to score on a bar-down one-timer from the top of the circle. Tyler Myers is going to take a crosschecking penalty at some point. JT Miller is definitely going to swear loudly enough to be heard through the broadcast.
Other predictions aren’t slam-dunks, but they are realistic enough to be made with full confidence anyway. Brock Boeser scoring 30 goals. Quinn Hughes breaking the franchise record for single season blueline scoring. Nils Höglander finally scoring a lacrosse goal.
But then there’s the sort of predictions that are really off the wall, truly out of left field. The sort that can only be described as bold. The kind that might make others stare at you incredulously, but that will make you feel incredibly wise when, against all odds, it actually pans out.
That’s what we came here looking for today.
This week, we’re asking you to:

Which Vancouver Canuck has the most to prove in Training Camp 2021?