Who should be scratched next game instead of Conor Garland?: Canucks Conversation Oct. 19 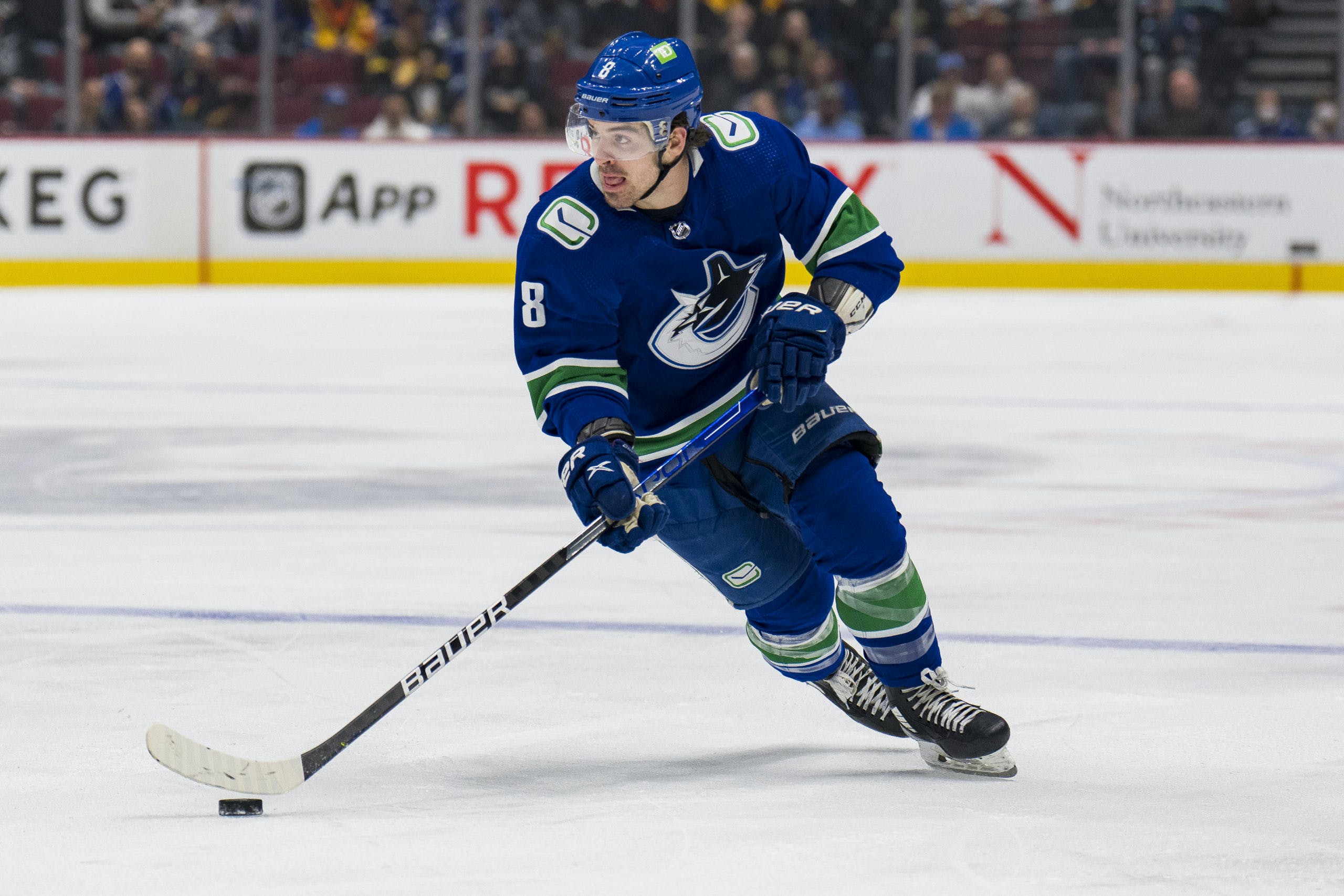 By David Quadrelli
3 months ago
On today’s episode of Canucks Conversation, we broke down the Vancouver Canucks’ Tuesday night overtime loss to the Columbus Blue Jackets.
Namely, we talked about the coaching decision to take Conor Garland out of the lineup, and who should come out of the lineup in his place.
We also touched on the report from earlier today about the Canucks’ locker room.
Later, we asked our listeners to give us ideas on how to fix the Canucks and help the team get their first win. Among the ideas thrown out were moving J.T. Miller to the wing to get him going a bit, getting Jack Rathbone into the lineup, and much more.
Catch the livestream at 1 PM Pacific Monday through Friday on The Nation Network’s Youtube Channel here and the CanucksArmy Twitter account here!
The show is also available in podcast format around 2 PM every day wherever you get your podcasts!
You can watch the replay of today’s show below:
Shows
Recent articles from David Quadrelli