What we like about the Canucks’ new top prospect Jonathan Lekkerimäki, with thoughts from GM Patrik Allvin 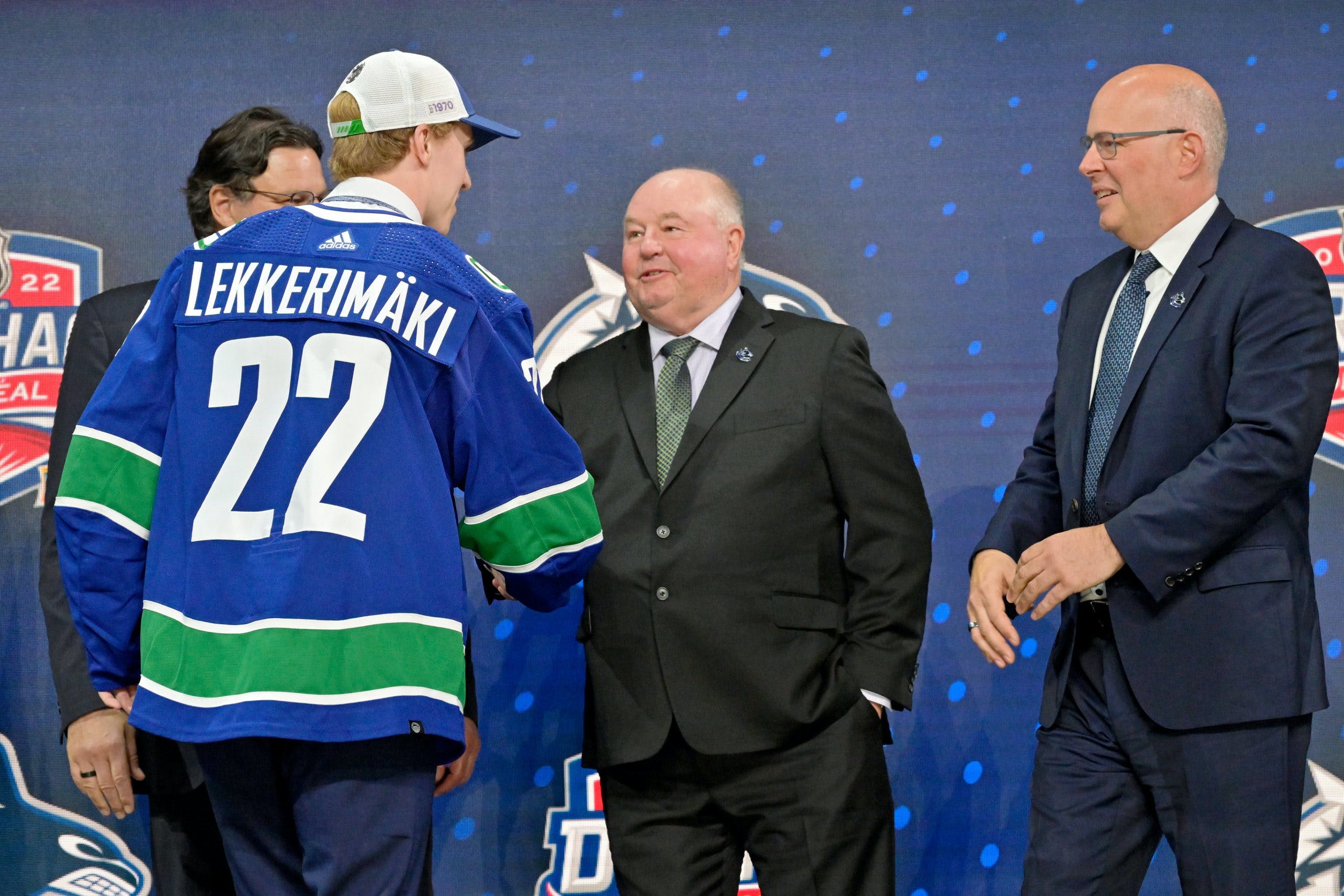 By Faber
6 months ago
“Our staff was getting more and more excited when he was dropping, that’s for sure.”
That was what Vancouver Canucks general manager Patrik Allvin said just minutes after the Canucks made their first first-round pick since 2019.
When the team took the stage at the 2022 NHL Entry Draft, they were pleased to announce that they were selecting Jonathan Lekkerimäki and happy that they were able to get their guy after he slid in the draft.
“We were really happy and excited to have Lekkerimäki there at Number 15,” said Allvin. “We had him rated a little bit higher here and we liked a couple of guys that were still sitting there. So, we looked at the options if there was any possibility to move down or not, but at the end of the day, we felt that Jonathan has a chance to be a difference-maker. I think he’s a dynamic player, his ability to score goals but also make a lot of plays. I think his hockey sense is great and he’s a threat in so many different ways.”
Lekkerimäki spoke with the media after he was selected and described himself as a goal-scorer who likes to shoot the puck and believes he has a good hockey sense.
“I think he’s a lighter Lucas Raymond,” said Allvin. “He has the ability to be a playmaker and a goal scorer — I think that’s the intriguing part.”
The Canucks were able to get a player with arguably the best shot in the draft, who also projects as a player who will be making an impact on an NHL power play as soon as he arrives in North America. Lekkerimäki scored seven goals in 26 SHL games and consistently showed up as a top-10 prospect in many of the pre-draft rankings. He slid to the Canucks at 15th overall, and they made a great decision going with the best player available.
Lekkerimäki is going to be playing next season in the Allsvenskan league. This is the second-best league in Sweden and his team Djurgårdens was just relegated from the SHL down to the Allsvenskan after this season. This move to the Allsvenskan will give Lekkerimäki a chance for more ice time, more opportunity, and more scoring chances for him to use his premium-level shot.
Allvin knows that the demotion can be looked at as a positive when it comes to the development of their newest prospect.
“They’re a good team and good program over the years,” said Allvin. “He is in a good situation there. They’ve developed a lot of players. He’s shown this year that he is capable of playing in the top league and I do believe for young players, sometimes it’s even better for their development to down a level and hopefully get more ice time and gain your confidence having the puck more so we’re excited about that opportunity.”
One of the reasons why Lekkerimäki was featured in the top 10 of so many rankings came from his brilliant performance at the Under-18 World Championships, where he put up 15 points in six games. Lekkerimäki came up huge in the gold medal game against the powerhouse USA team and had four points to lead Sweden to winning the tournament.
His biggest strength is how consistent his shot is and how he is able to handle the puck. Whether it’s moving around defencemen at the blue line or getting off a one-timer from a pass in his feet, Lekkerimäki showcases his top-tier hands throughout his highlights.
Here are his seven SHL goals from this past season.
As Allvin mentioned, he proved that he could fit in against the top players in the SHL and though he lacks size, he has that wiry strength. There’s some work to do in his own zone when it comes to positioning but we liked his ability to get a stick on shot attempts from his ability to recognize scoring chances against him in his own zone.
We asked Lekkerimäki what he wanted to work on next season in the Allsvenskan and he said that he wants to improve on being more competitive and working harder in front of the net. At 5’11”, and somewhere in the range of 170 lbs, he has some room to grow and build muscle as he develops. Lekkerimäki was the youngest player selected in the first round of the 2022 draft.
He was also ranked higher than where the Canucks selected him by all major scouting sites aside from Elite Prospects. 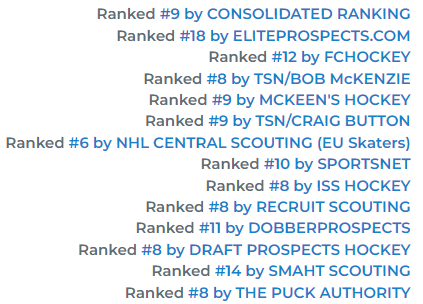 All in all, the Canucks got themselves their new top prospect, and looking at their pool — it’s not even close.
We’re excited to prepare for those early morning Allsvenskan games next season. Though there is still a chance Lekkerimäki could be playing in Vancouver next year.
In the WHL.
The Vancouver Giants just selected Lekkerimäki in the second round of July 1st’s CHL import draft.
Though Lekkerimäki told the media that he would be back in the Allsvenskan next season, Allvin said that there will be a conversation with the player and they will see what is best for development. Having Lekkerimäki here in British Columbia next season would be great for local coverage of the kid but we’re expecting to see him stay in Sweden for at least one more season. Allvin couldn’t confirm Lekkerimäki’s contract status to us.
Lekkerimäki is a massive boost to the prospect pool and we are very excited to cover his 2022-23 season.
Selfishly, it’s great for my brand. Nothing is better than early morning GIFs from Allsvenskan games.
See you all for day two. The Canucks still have a lot of work to do but day one should be looked at as a massive success with the selection of Jonathan Lekkerimäki.
More from CanucksArmy:
Uncategorized
Recent articles from Faber