What if the Canucks drafted Matthew Tkachuk instead of Olli Juolevi? (Part 2) 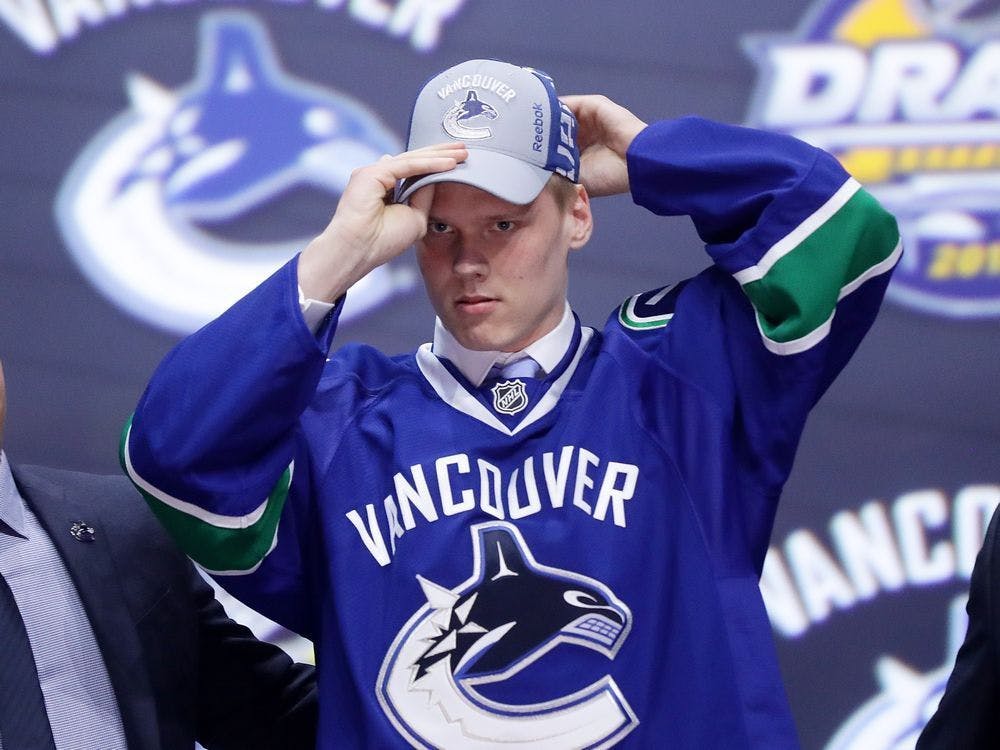 By Bill Huan
10 months ago
Welcome back to part two of our “What If?” series on the infamous 2016 draft, when the Canucks decided to pick Olli Juolevi ahead of Matthew Tkachuk.
Last week, we left off at the end of the 2019-20 season, and it’s now time to dive into how a single draft pick impacted not only the future of the Canucks, but a number of other teams as well.

Before we get to the actual qualifying round, it’s important to first take a look at how the standings look in our alternate universe:
The biggest riser is undoubtedly the Rangers, who add an absurd eight points to their actual results due to the edition of Pettersson. Meanwhile, Dallas and Calgary both drop a few spots in the West due to them lacking contributions from Heiskanen and Tkachuk.
Now, let’s get to the fun stuff. 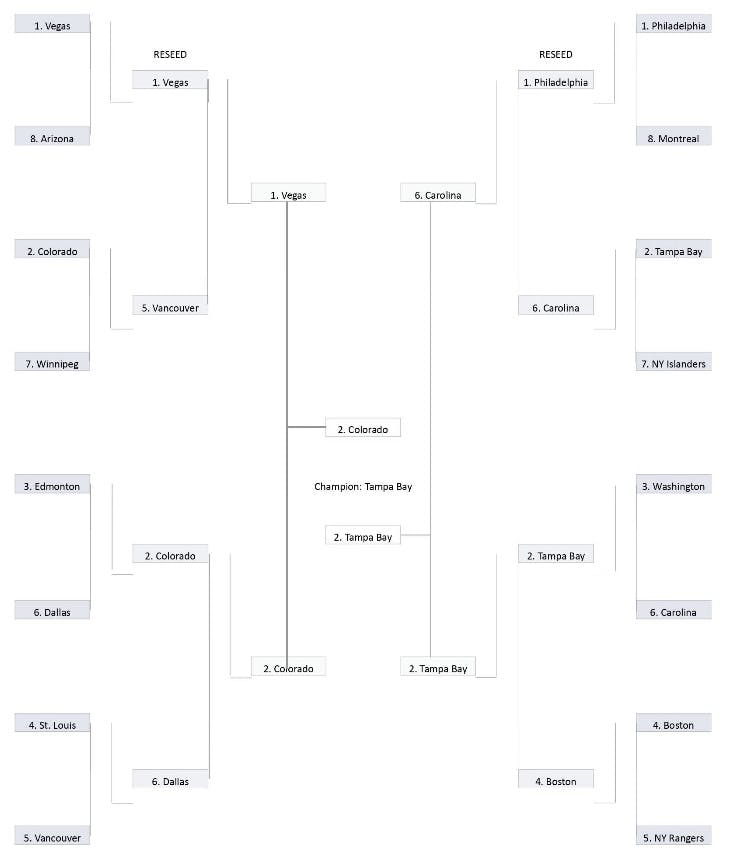 Lots of changes were made to the 2020 playoffs, but the two most important events still take place: Tampa Bay wins the cup, and Thatcher Demko will haunt the dreams of Golden Knights fans forever. That takes us to the 2020 offseason, which sees significant changes made to the Canucks roster.

Following their surprising run to the Western Conference semi-finals, the Canucks know that their strength lies on the blue line. This propels Benning to bring back his defensive core and re-sign Tanev to a four-year, $17 million ($4.25 million AAV) deal and a two-year, $3 million ($1.5 million AAV) contract for Troy Stecher. The club also lets Jacob Markstrom walk to give the reigns to Demko, but they still bungle the Toffoli negotiations, who heads to Montreal. Intrigued to join an up-and-coming team, Braden Holtby signs the same two-year, $8.6 million ($4.3 million AAV) contract as well.
Nothing notable takes place at the draft due to the team not having a first-round pick, but they do select goaltender Joel Blomqvist in the second, who was highly regarded by Ian Clark.

Expectations are high for the Canucks as their core stays the same outside of the subtraction of Markstrom. Dach makes the team out of training camp too, providing the club with some much-needed depth down the middle. With that said, neither he nor Johansson prove to be capable top-six centres, which has become the Canucks’ biggest weakness.
Benning makes a lot of calls at the deadline trying to acquire that elusive pivot to no avail. With the team in the thick of the playoff race, they elect to keep Pearson as their own rental but an unfortunate COVID outbreak halts their postseason push. In the end, the Canucks miss the playoffs by five points and head into the offseason disappointed.

After finishing 21st in the league with 54 points, the Canucks land the 12th pick in the draft and select Cole Sillinger. Due to the team being in the playoff race for most of the season, Benning is confident that the club has what it takes to get back into the postseason and decides not to make the blockbuster OEL trade. As a result, Eriksson, Beagle and Roussel all stay in Vancouver as management is willing to wait until their deals expire before making a big move.
With that said, all eyes are still on the Canucks as everyone in the league is waiting to see how they negotiate new contracts for Hughes and Makar. Some predict that they might get matching salaries, but that’s proven wrong when Makar signs a six-year deal worth $51 million ($8.5 million AAV) while Hughes is rewarded with a six-year, $49.5 million ($8.25 million) contract.
The two extensions are a lot closer in value since Makar failed to make the Norris ballot due to the team’s lack of success, while Hughes’ defensive game doesn’t take a step backwards with Tanev still his partner.
Those deals effectively dry up the Canucks’ remaining cap space, so the team is forced to let Pearson test free agency and decides to sign Jimmy Vesey to a one-year, $1.125 contract instead. Without the necessary flexibility to add more pieces, Benning gives up his pursuit of Jason Dickinson and Tucker Poolman but chooses to keep Alex Edler for an additional season by signing him to a $3 million deal, as the veteran has rejuvenated his game playing alongside Makar.
Brad Hunt and Kyle Burroughs are still brought in for depth while the contracts of Braden Holtby and Jake Virtanen are both bought out too. Jaroslav Halak also decides to join the team, just like what actually happened.

After what was seen as an outlier season, many fans expect the Canucks to make the playoffs heading into the 2021-22 campaign. The team gets off to an awful start, however, as the bottom-six is still a liability even with Roussel and Eriksson buried in the minors. Neither Benning nor Travis Green gets fired, though; with lots of contracts coming off the books in the summer, everyone within the organization has a bit more patience and would like to see what moves could be made in the upcoming offseason before deciding on the future of the franchise.
The team’s performance on the ice isn’t all that different from what’s actually happening, as they give up less than half a win than in real life. Most people’s focus has already shifted to the offseason at this point, with the Canucks potentially set to land another lottery pick along with an exuberant amount of cap space that the team hasn’t had in over five years.
Well, that sure was one heck of a ride. What started out as a Tkachuk/Juolevi centred hypothetical somehow turned into one that saw the Canucks end up with Cale Makar and significantly impact the directions of many other teams too. It sure would be fun to see what a Tkachuk-Horvat-Boeser line and Hughes-Makar pairing could do, but our technology isn’t advanced enough to enter the multiverse… yet.
As always, let us know what you think in the comments! And stay tuned for next week’s “What If?” when we’ll travel back even earlier in Canucks history.
All stats courtesy of Evolving-Hockey.
Uncategorized
Recent articles from Bill Huan