WDYTT: Where will the Vancouver Canucks finish in the North Division in 2021? 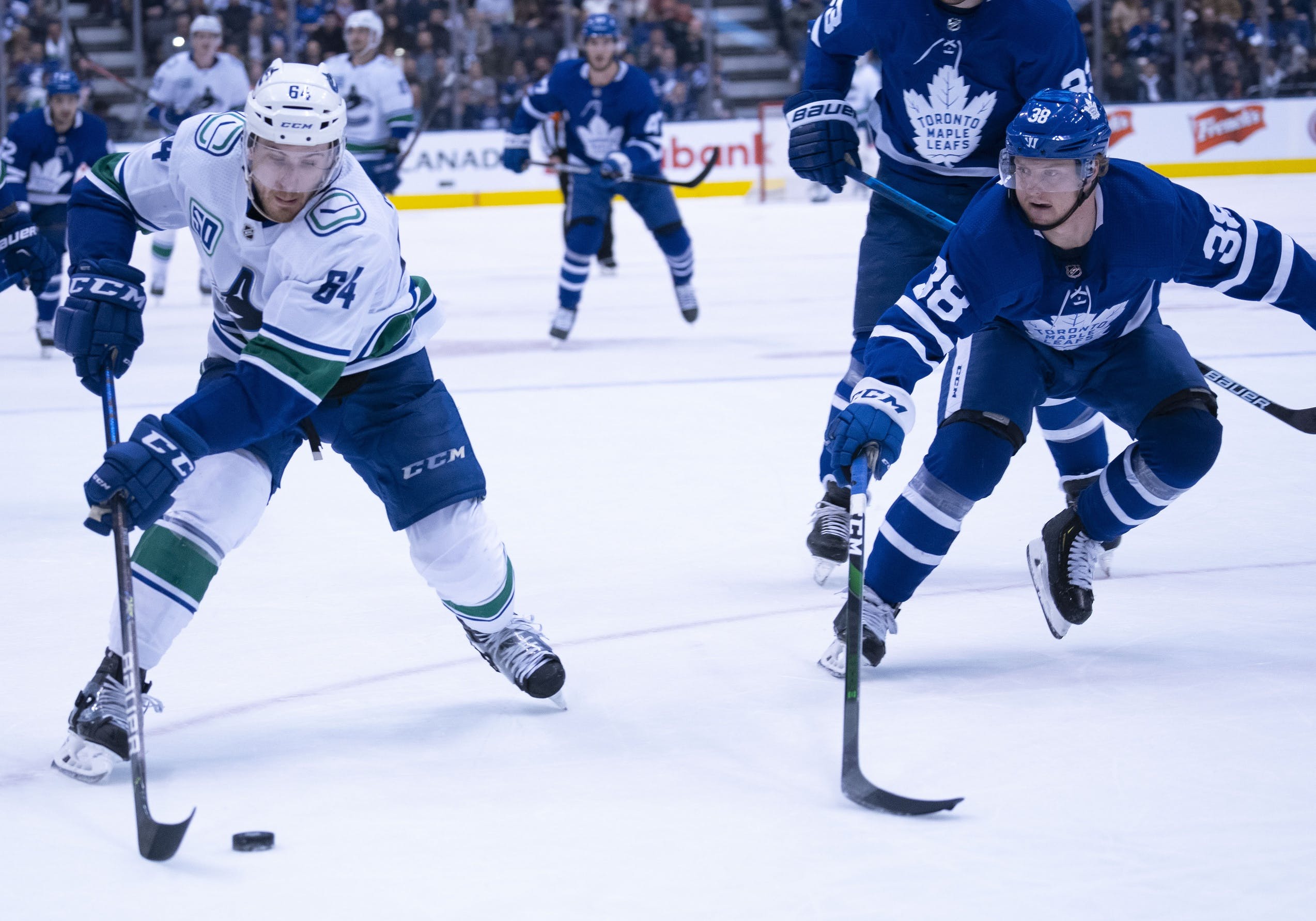 By Stephan Roget
1 year ago
Hello, and welcome back to WDYTT, the only hockey column on the internet to not be placed on waivers this week.
You know us, we’re always excited to be here, but we have to admit that we’re just a little more excited than usual right now, and it’s not hard to guess why.
By the time you read these words, the puck will have dropped on the 2021 season, and the Canucks will have started competing in the Scotia North Division. Even sponsored divisions cannot temper the hype of an all-Canadian regular season that is guaranteed to send a squad from north of the border to the Stanley Cup Semi-Finals — and to finally crown one specific franchise as “Canada’s Team” for all eternity.
There’s plenty on the line in 2021, and bragging rights are chief among them. With any sort of luck, this will be the only NHL season to ever be played under this format, so the Canucks are in “one shot, one opportunity” territory as they try to come out on top.
But we’re not here to ask you how excited you are, because we know the answers will range from “very” to “tremulously.” Instead, we’re asking for some odds-setting, because this week we’re asking:

Where will the Canucks finish in the North Division in 2021?

What is your opening night lineup for 2021?

By now, we all know who was in the actual opening night lineup for 2021. Your responses are below, so let’s see who got closest!
Hockey Bunker:
Edmonton is a fast team, so start a fast lineup.
Lotto Line
Tanner, Bo, and Hogs
Rooster, Gaud, and ZackMac
Motte, Sutter, and Jake
Edler and Schmidt
Hughes and Hamonic
Juolevi and Myers
I’m less certain of the D pairs…could be a work in progress to find the right pairs.
And as we know Baumgartner mixes and matches during games.
Myers and Hughes was good last year, for example, and I’m intrigued by a possible Juolevi and Schmidt combo.
But have some concerns about putting Edler and Hamonic together…except maybe on the PK?
Mark Miller:
(Winner of the author’s weekly award for eloquence)
I agree with Bunker on his probable opening lines; but I would like the coaches to consider trying Hoglander on Bo’s left and Jake on the right. This allows Pears to add better veteran two-way support to Gauds on his left. The entire left side, excluding JT, is not a lock either. Little time to be creative, but TG should give it a look. Anyway, the coach loves his LineBlender, and may prefer Jake playing on three or four lines per game, as in the past – though I am hoping for a bit more line stability in the future. Go Canucks!
Killer Marmot:
Pearson Horvat Hoglander
Miller Pettersson Boeser
Motte Sutter MacEwen
Roussel Gaudette Virtanen
Edler Schmidt
Hughes Myers
Juolevi Rafferty
Demko (starting) Holtby
Press box: Hamonic, Rathbone, Beagle
Taxi squad: Kielly, Benn, Eriksson, Chatfield, Baertschi, Lockwood
I am Ted:
Miller/Pettersson/Boeser
Pearson/Horvat/Virtanen
Roussel/Gaudette/MacEwen
Motte/Beagle/Sutter
Edler/Schmidt
Hughes/Myers
Juolevi/Hamonic
Hoglander needs to a bit more seasoning but I wouldn’t be shocked if he makes the NHL club and displaces someone (JV).
Jaydee:
I would like:
Miller-Petey-Boeser
Pears-Horvat-Hoggy
Motte-Gaud-Virty
Roussel – Beagle/Sutter – MacEwen
Hughes – Schmidt
Juolevi – Myers
Edler – Hamonic/Rathbone
Demko – Holtby
DogBreath:
JV and Rooster make the lineup over MacEwen and Jayce; Juolevi over Rathbone. Sutter, Beagle and MacEwen rotate in and out of the line-up based on schedule, injuries and opposition. MacEwen impresses through the year and secures at least a 4th line winger spot.
You heard it here first.
SkateJimmy!:
Miller-Petey-Boeser
Pearson-Horvat-Hogs
Motte-Gaud-MacEwen
Sutter – Beagle – Jayce
13th FWD: Rooster
As I’ve posted earlier, I seen no opportunity for JV if he continues to be outworked.
Showing up not out of shape shouldn’t qualify someone as a lock for opening night.
Hughes – Myers
Edler – Schmidt
Rathbone – Hamonic
7th D: Juolevi
Kanuckhotep:
Has everyone forgotten about Loui? A $6M player ain’t sitting in the press box. Hate to be negative, but do you think Hawryluk gets the call over Eriksson? Let’s not fantasize, here dudes and dudettes. In reality, management already knows which prospects they’ll be going with and it probably will be OJ and Hogs IMHO. I will say though a great number of potentials will be used in lieu of this ridiculous scheduling prompted by the ominous Covid.
Chris the Curmudgeon:
This is actually a fairly straightforward question based on training camp performances. The opening lines should be as follows:
Boeser-EP-Miller
Pearson-Horvat-Hoglander
Roussel-Sutter-Virtanen
Motte-Beagle-Gaudette
Hughes-Hamonic
Edler-Schmidt
Juolevi-Myers
Demko
Holtby
MacEwen, Eriksson, and Benn will start in the pressbox. Baertschi, Hawryluk, Bailey, Sautner, and Brisebois will be officially demoted but retained for the taxi squad. All other players sent to the AHL or elsewhere as appropriate.
J-Canuck:
My line up:
Lotto Line
Tanner/Bo/Hogs
Roussel/Gaud/Jake
Motte/Beagle/Sutter
Quinn/Myers
Ed/Schmidt
Olli/Hamonic
Demko
Holtby
Seems the only difference in most projected line ups is Quinn/Meyers. They had pretty good fancy stats last year, and I would like to see what Quinn could do with a more offensive partner.
Uncategorized
Recent articles from Stephan Roget