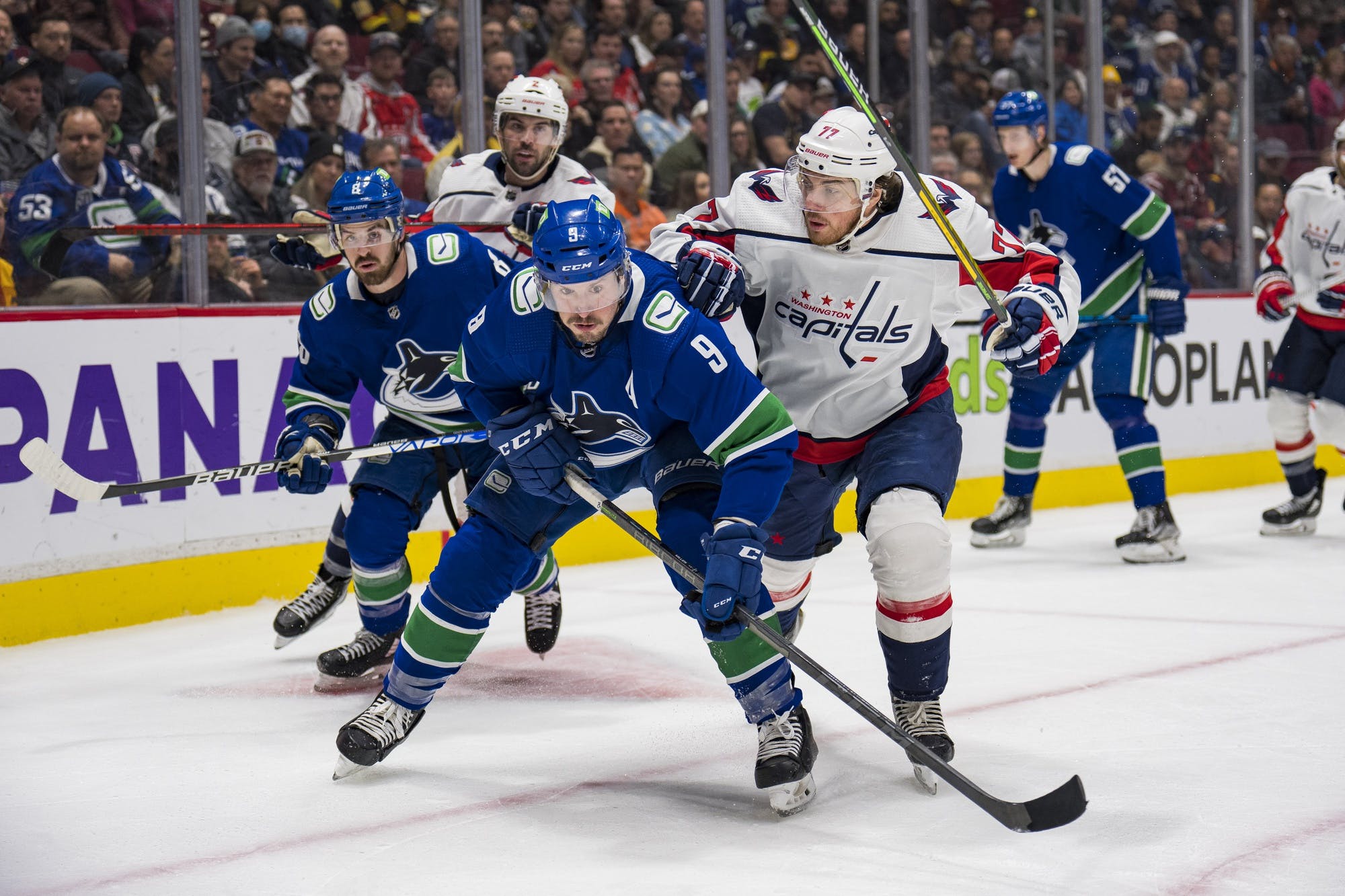 By Stephan Roget
8 months ago
Welcome back to WDYTT, the only hockey column on the internet that makes its deadlines every single week.
Speaking of deadlines, the 2022 Trade Deadline is upon us. In the space between this WDYTT and the next, March 21 will have come and gone — along with, one has to think, multiple members of the Vancouver Canucks.
You’ve already seen plenty of predictions from the crew here at CanucksArmy. We’ve let you know our approximate valuations for players like JT Miller, Conor Garland, Brock Boeser, Tyler Motte, Jaroslav Halak, and pretty much everyone else this side of Quinn Hughes.
But prognosticating is a difficult business, and there’s a good chance that everything we’ve soothsaid will not ultimately wind up coming to pass. So, just in case we’re dead wrong about the Trade Deadline, we wanted to take this opportunity to up our odds by soliciting predictions from our readership.
Surely, at least one of us will get something right.
This week, we’re asking you to:

Predict one or more trades that the Vancouver Canucks will make between now and the 2021 Trade Deadline.

Should the Canucks go back to the black skate jersey full-time?