WDYTT: Predicting Pettersson’s points, and your instant fixes for the Canucks 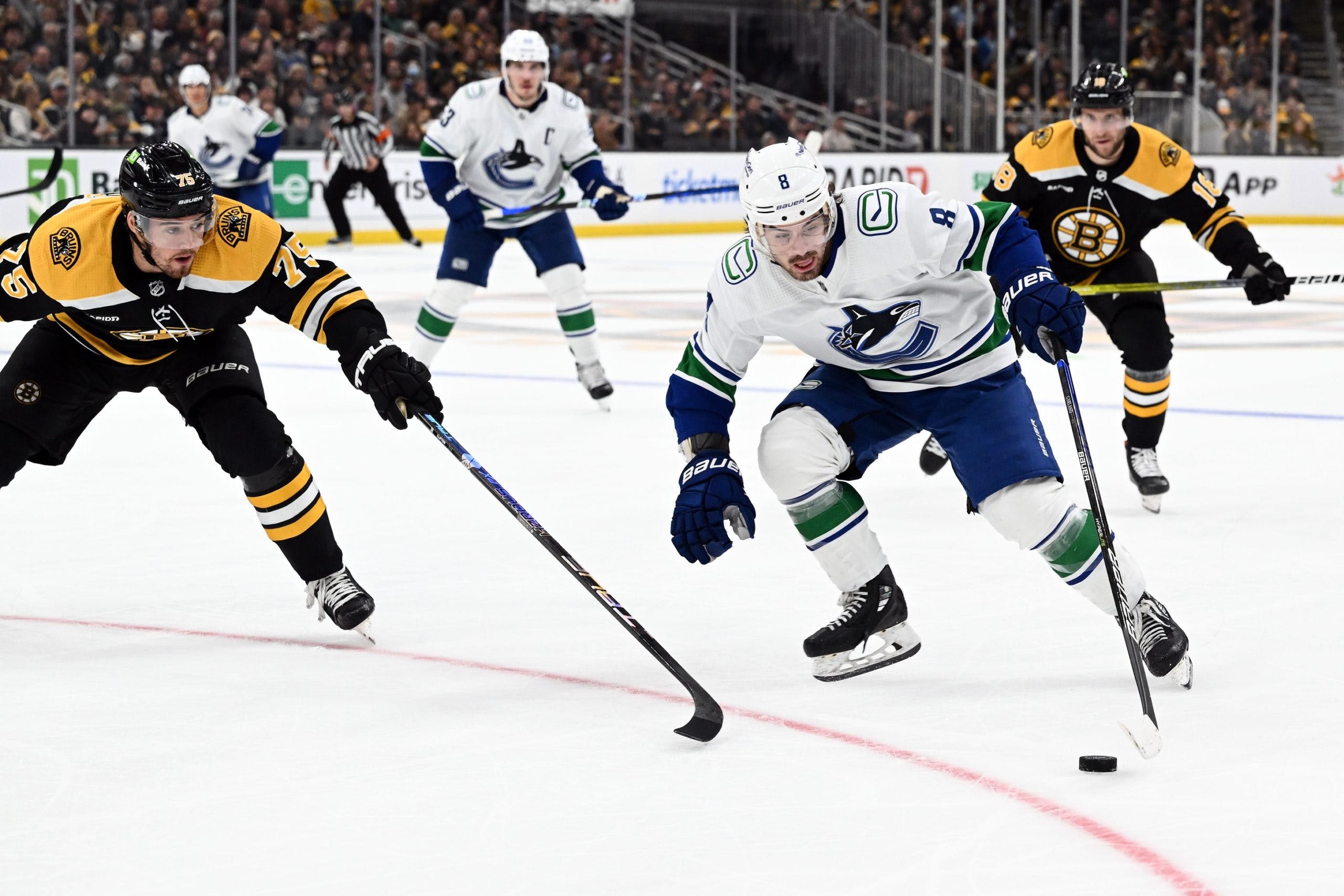 By Stephan Roget
22 days ago
Welcome back to WDYTT, the only hockey column on the internet to have had a conversation with the Department of Player Safety already this season.
Speaking of conversations, the good news is that everybody seems to be talking about the Vancouver Canucks right now.
The bad news is what they’re saying.
Yes, you will never hear more opinions shared about the Canucks than you will when they are not playing well, and then every opinion will be some form of “Here’s why they suck.” We don’t have to tell you, we’re sure you’re experiencing that on a daily basis.
But everyone has an opinion. Precious few have a plan, and so today we’re turning to you in hopes of one.
We’re hoping that you can put yourself into a hypothetically optimistic mood and imagine yourself at the head of the organization for one brief, franchise-altering moment.
This week, we’re asking you:

If you were in charge of the Vancouver Canucks, what’s the ONE singular move you would make to fix the team?

How many points do you think Elias Pettersson will get this season?

You answered below!
defenceman factory:
(Winner of the author’s weekly award for eloquence)
40g and 90pts.
With linemates that can play the game at the pace Pettersson does, this is going to be his best year yet. He will likely continue to improve as he fills out a bit. What is so impressive about the points, is that he is going to start getting significant Selke votes too.
Hope to see an uptick in his FO% but that is really the only significant flaw left in his game.
Hockey Bunker:
Petey benefitted from Miller’s move to the wing. Now that Miller is back at centre, it will negatively impact Petey’s opportunities.
So, I think if that continues and if he continues to show that great desire he has shown this year, then 80 points is possible.
If Pettersson’s production drops off due to Miller taking away his ice, then trade Miller.
Pettersson has become the better all-round player by a large margin, much to my surprise.
Sandpaper:
His point production depends on whether this team learns to play a much better defensive structure, or if they continue to play the pond hockey key brand, which we have been seeing.
kanucked:
In the calendar year 2022, Pettersson has played 60 games amassing 68 points. This equates to 93 points in a full season. That seems about right to me.
Darren J Nast:
40 G, 50 A, 90 pts. The same also for Bo, JT and Hughes. Bruce all the way. They’re making the playoffs. PS: Trade Boeser and possibly Demko.
Jon0:
Pettersson finds another gear and scores 50 goals and 80 assists for 130 points. He goes up the top rope and suplexes McDavid onto Draisaitl to become the undisputed champion of the WW… Bruce, wake up!
Jean-Daniel Gagnon:
If he stays healthy all year, I think roughly 90 points, with close to 40 goals, is a perfectly reasonable prediction. Although, and mark my words, this is definitely not his ceiling and I expect his numbers to rise gradually over the next few years.
Cageyvet:
If the real Petey is back for a full season, and he looks like he is, then I see him getting 100 points. That’s assuming they don’t move into some attempt at full lockdown defensive play, and they don’t have the personnel for that, anyway. Petey is hard to keep off the scoresheet and when he’s feeling it, three points or more in a game here and there are enough to get him up to the century mark.
HockeyfanMexico:
If he stays healthy, I think he has another gear. Plus better line combos ahead of him to give weaker competition this year in theory. Look for the under/over to be set at 30 goals and 45 assists. Take the over for five bucks, but the over on total points less than 10. For those not following along, 83 points total. 32 goals and 51 assists.
Editorials
Recent articles from Stephan Roget