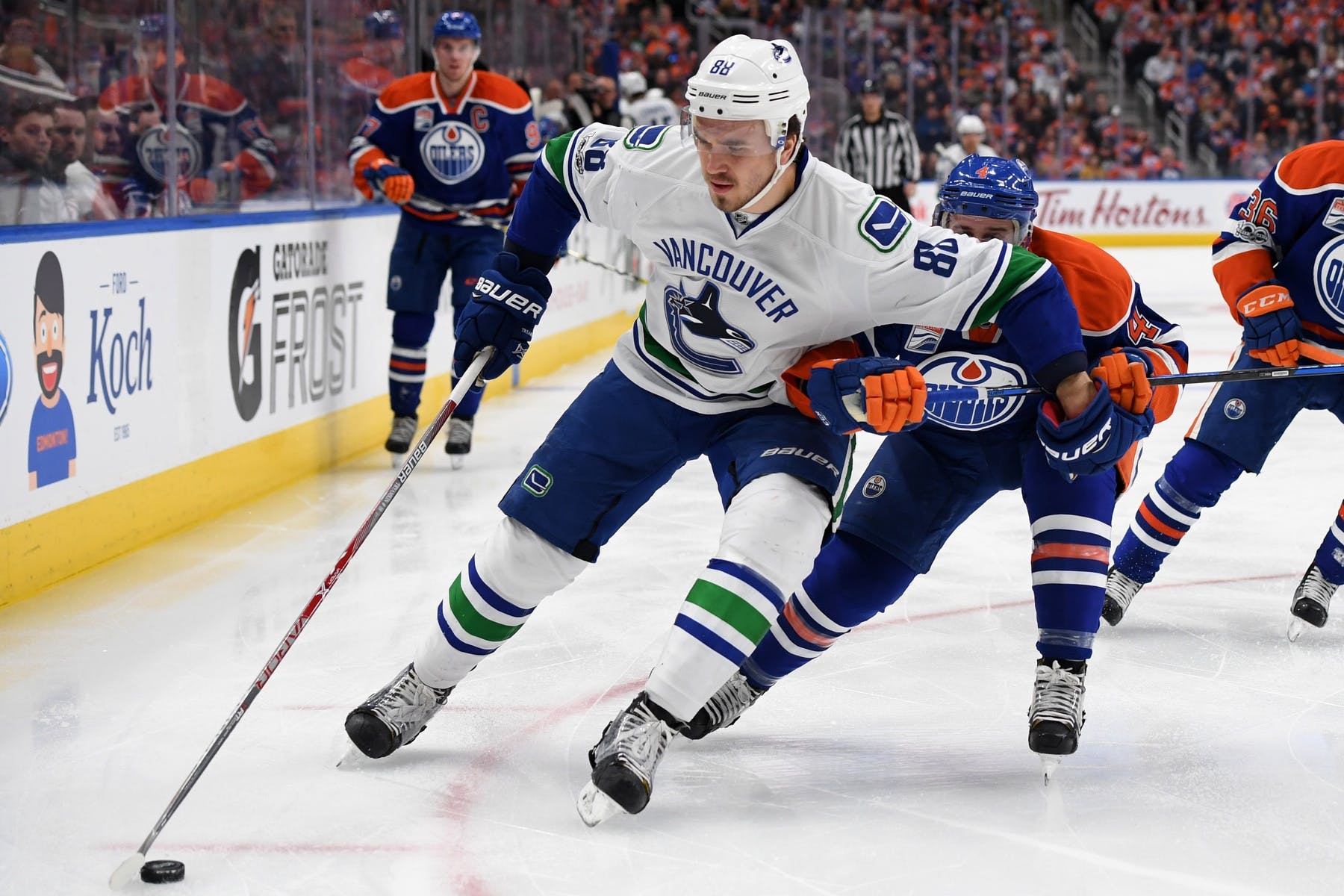 By Stephan Roget
1 year ago
Welcome back to WDYTT, the only hockey column on the internet whose rights never expire.
There’s plenty to talk about in Canuck-land this week, but we’re zeroing in on one particular item of news that you might have missed in all the hubbub surrounding the team’s return-to-play.
The brand-new and much-needed Donnie and Dhali show broke word that GM Jim Benning and Co. are in the midst of negotiations to bring the exiled Nikita Tryamkin back into the fold. But it might not be so simple as just sending the 6’8” Russian behemoth an invitation to training camp, as he and his agent are supposedly asking for a commitment somewhere in the $1.5 to $2 million range.
For a team that has just two roster defencemen signed beyond this year, reinforcements are clearly going to be necessary.
But is Tryamkin the solution? Do you want him to come back to a market he once complained reeked of cannabis? And, if so, are you willing to pay him what he’s asking to seal the deal?
Inquiring minds want to know! This week, we’re asking you:

Do you want Nikita Tryamkin to return next season, and under what conditions?

Last week, we asked you to:

Provide your own personal review of how Jim Benning and the Canucks performed on Trade Deadline day 2021.