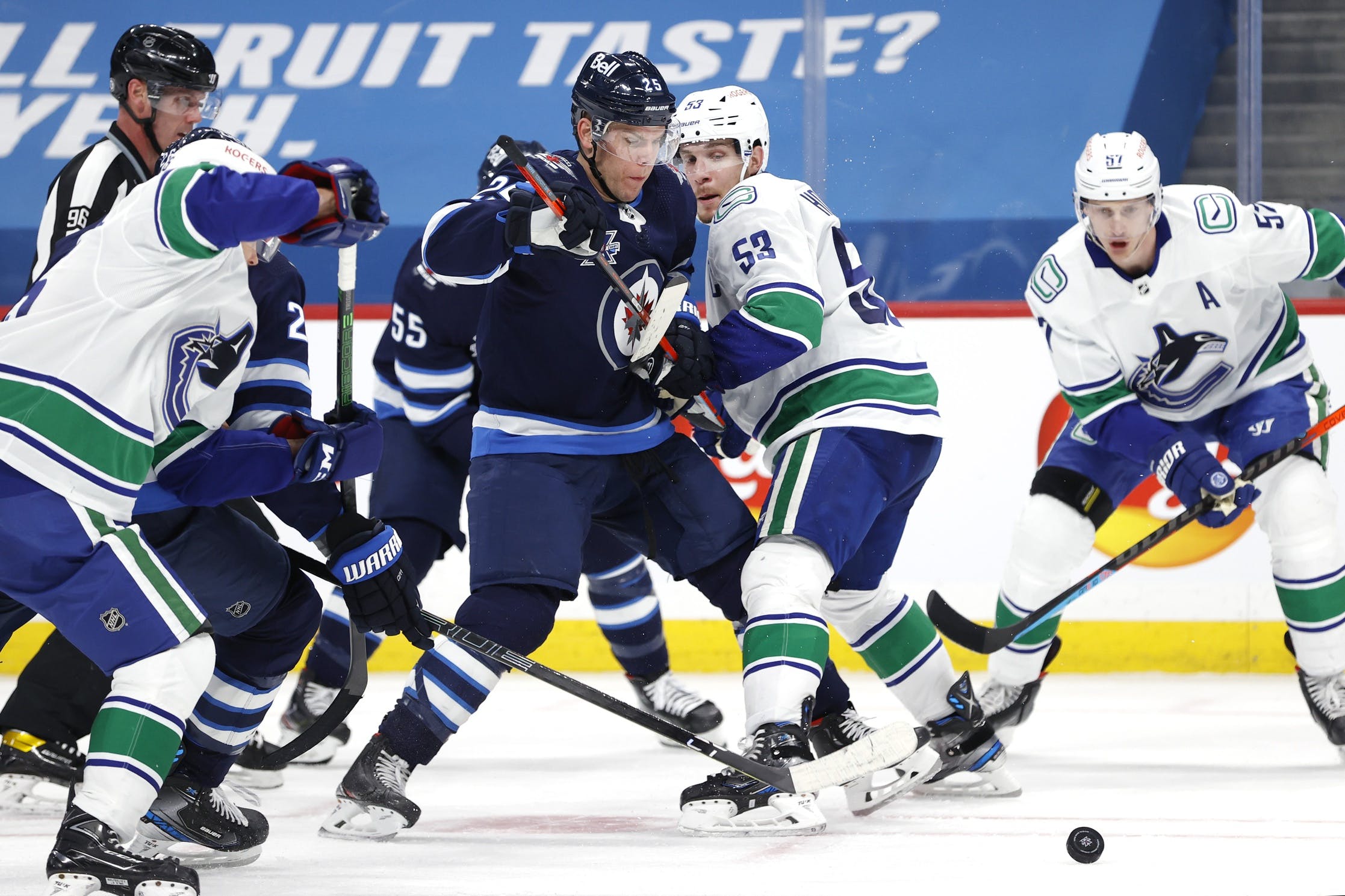 By Stephan Roget
1 year ago
Welcome to WDYTT, the only hockey column on the internet to still keep cranking these out even during the dog days of summer.
Thankfully, this is the last one of these before the offseason truly begins in earnest. Next week comes the Expansion Draft and Entry Draft, and then it’s onto the Free Agent Frenzy.
Heck, if we’re lucky, we might even get a trade or two in between.
But for now, we’ve got nothing current to talk about, and so we’re once again delving into the past — though whether it be of the recent or all-time variety is entirely up to you.
Just like last week, we wanted to take this opportunity to ask you a question you can’t answer off the cuff or with your gut. A tough one. A real thinker. For some of you, it will be difficult to come up with an answer for this one. And some of you will see it and finally be able to get that thing off your chest that’s been bugging you for years.
This week, we’re asking:

What’s a common myth about the Canucks (past or present) that you can bust?

Brain Bonus: What trait or attribute do those two players share, and what does that say about you?

Your favs and self-reflections are below!
Killer Marmot:
My past favourite Canuck is Pavel Bure, a staggering talent that no other Canuck even approaches.
My favourite now is Tyler Motte. He loves defense and never takes a shift off, and is the one bright light in the bottom six. Please note that this has nothing — I repeat, nothing — to do with former CA editor J. D. Burke writing “Jeers to the Canucks acquisition of Tyler Motte.”
vertical:
Favourite Canuck: Alex Burrows played his heart out and kept working hard to improve his game on the ice while off the ice. He helped so many people through difficult times.
Looking forward to Burrows returning and leading the Canucks to a Cup win behind the bench.
My favourite current Canuck is Bo. The captain works his butt off on and off the ice. Looking forward to seeing him hoist the Cup.
Darren C:
Favorite current player is Nils Höglander and favorite from the past is Pavel Bure. Both undersized and play(ed) a relentless game.
fv fan:
Always loved tough defensemen that played above their weight class and were teammates-first players.
Bieksa, Diduck, Butcher, and Jovanovski. Let’s add Curt Fraser, Stan Smyl, and Darcy Rota for forwards, as they played the exact same way.
The current Canucks have no one in this category, forward or back.
Let’s take Petey for pure talent and hope he can overcome his stature and being injury prone.
Fred-65:
Best or favourite player? Tough call. As well as Smyl, Gradin was incredibly skilled, but Hlinka did things I’d never seen before and his countryman Bubla has to be the best D.
Bartholomew Gimble:
My initial gut response was a toss-up between Trevor (leadership, skill, work ethic, humility) and Pavel (most exciting by a mile, most frustrating to see leave). Then I considered some others, like early faves Kurtenbach and Bobby Lalonde (5′ 5″ dynamo!), then the Sedins, then the two greatest goalies McLean and Luongo. At that point I realized it’s best to stick wit your gut, so I’m saying… Trevor. #FinalAnswer.
J-Canuck:
My favorite player now is Thatcher Demko and past is Hank and Danny Sedin. Let’s face it, they were one player!
crofton:
Pavel Bure. His talent was so uppercase, and one of those was the ability to perform at high speed. Also, for his telling Keenan to eff off.
Defenceman Factory:
So many past players and so many traits to consider on what makes a player your favourite.
So, the one guy who makes me smile every time I think of him is Gino. Current player is Pettersson. His death stare cracks me up.
Craig D.:
Current Canuck: Elias Pettersson. Past Canuck: Pavel Bure. They share high skill levels and that says I prefer skill, skill, skill.
KearnsScoredOnHimself:
(Winner of the author’s weekly award for eloquence)
Dennis Kearns.
Except that one time against the Habs…
Bing Qiu:
Who can forget the playoff game on May 9, 2010, when Duncan Keith’s slapshot drilled Sami Salo in the reproductive organs. The next night fans showed their appreciation by chanting “Balls of Steel.” Sami was a warrior, enduring over 40 injuries in his career. Canucks could use a few more like him. Currently Horvat, and often Miller, show those same ‘never quit’ traits.
A River Named Curt:
Loui Eriksson, just narrowly beating out Erik Gudbranson, Brandon Sutter, Jay Beagle, Antoine Roussel, Tyler Myers, Nate Schmidt, Sven Baertschi, Markus Granlund, Tim Schaller, Ryan Spooner, Sam Gagner, Anders Nilsson, Alex Burmistov, Brendan Leipsic, Philip Holm, Michael Del Zotto, Derrick Pouliot, Nikolay Goldobin, Philip Larsen, Emerson Etem, Matt Bartkowski, Brandon Prust, Michael Chaput, Adam Clendening, Luca Sbisa, and Linden frickin’ Vey…said no one ever. Don’t you just love the Benning years?
4check:
My favorite current Canuck is Boeser. He’s been consistent to me, works hard, and I rarely have to be worried when he’s on the ice. He held up very well this year and worked his butt off even with the season going down the drain, Elias missing time, and honestly was one of the main reasons I kept watching the team even when they collapsed during games.
My favorite past Canuck is Gino Odjick. I was big into the fights back then. Like big. I would check the schedule and know it was likely him versus Bob Probert, the Grim Reaper, DeBrusk, or Buchberger. He played hard as hell. Then that one magical year he hung like 15 goals. When I played NHL 94, my first line was Bure-Linden-Odjick and I could rack up like 30 with him and if anyone hit Bure or Linden, I’d beat them to a pulp with Gino. Bure was the most exciting player I’ve seen in a Canucks jersey. Linden is the one I maybe most respect, but Gino was the one who I liked the most.
Sandpaper:
Past, Boudrias
Present, 2021 1st round draft choice.
Jaydee:
Ryan Kesler is my past favourite Canuck, as my jersey can confirm. Present, it is Pettersson no doubt.
Beer Can Boyd:
56 years of watching this team for me. Favourite goalie, tie between Gary Smith and Richard Brodeur. Favourite d-man, Harold Snepsts. Favourite forward, Pavel by a landslide. Any Canuck fan who actually saw him play live would probably agree. It was impossible to take your eyes off him when he was on the ice, for fear of missing something spectacular. Favourite oldie, Phil Maloney. The Grey Fox was their best player for so many years when they played at the Forum in the WHL. Look up his stats on HockeyDB.
Uncategorized
Recent articles from Stephan Roget