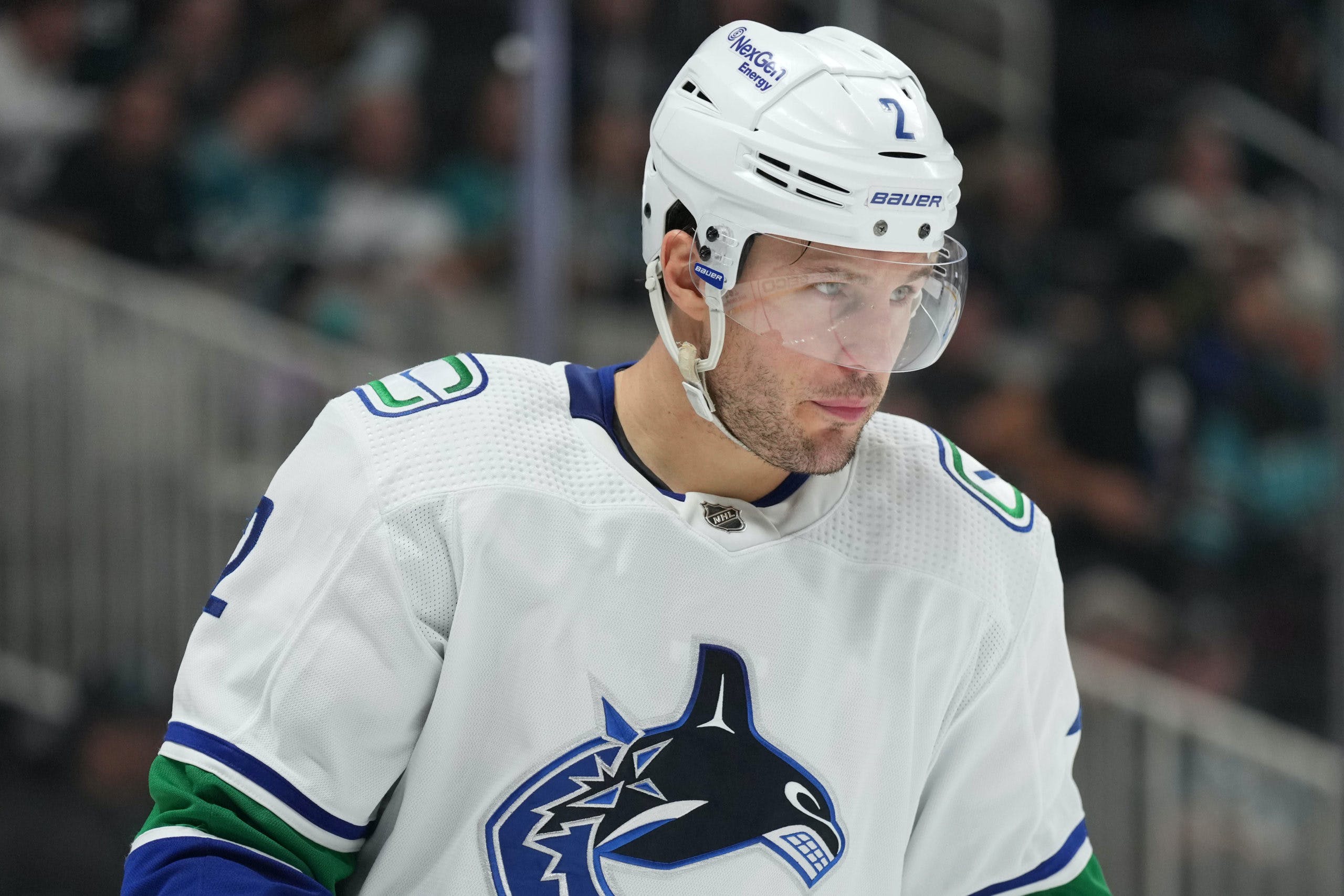 By David Quadrelli
1 month ago
He was already the all-time hits king.
That’s a title Vancouver Canucks defenceman Luke Schenn earned at the beginning of December when he hit Arizona Coyotes defenceman Jakob Chychrun. The hit was the 2,947th hit of his 15-season NHL career, and made him the all-time leader in hits among defenceman since the league began tracking hits in 2007. He passed Brooks Orpik on that night, and has only increased his own record since, as any all-time great would.
And tonight in the Canucks’ matchup on the road with the Winnipeg Jets, Schenn reached 3,000 hits. The hit came in the first period on Jets forward David Gustafsson:
He is Mr. 3000, and he stands alone.
Prior to setting the all-time record, Schenn shared that his Canucks teammates would rib him a little bit about having an “off night” when he would “only” record four or five hits — which is good enough for the Canucks’ team lead on most nights.
The Toronto Maple Leafs selected Schenn in the first round (No. 5 overall) of the 2008 NHL Draft. He spent four seasons with the Maple Leafs before being traded to the Philadelphia Flyers for James van Riemsdyk in 2012. Since then, Schenn has played for the Los Angeles Kings, Arizona Coyotes, Anaheim Ducks, Tampa Bay Lightning, and the Canucks (twice).
Schenn is a pending unrestricted free agent, and the Canucks will have a decision to make on Schenn’s future with the trade deadline approaching.
But before that, we think they need to get Schenn some gold shoulder pads.
News
Recent articles from David Quadrelli