By Faber
1 year ago
Another day, another top-notch playoff performance from the Vancouver Canucks’ top prospect.
SKA lost their first three games of the KHL’s Western Conference finals. Since then they have won two games to make the series interesting. They have won the past two games on the back of Vasily Podkolzin.
In their two wins, SKA has scored a total of six goals. Podkolzin has scored or assisted on five of the six goals.
The biggest goal of all came in triple overtime of Saturday’s game. Podkolzin found space on the right side and ripped a one-timer into the top corner to give SKA a huge win and keep their playoff hopes alive.
Podkolzin also scored earlier in the game to tie things up at 1-1 in the second period. He now has six goals and five assists for 11 points in these KHL playoffs. Those 11 points tie him for the most points from a U20 player in KHL playoff history.
It was another 200-foot game for the 19-year-old winger. He drew a penalty in overtime to send SKA on the power play and as per usual, he was excellent on the forecheck and in the defensive zone. He blocked one shot, had two hits and received 24:42 of ice time through 113:51 time played in a triple-overtime game.
Those minutes were still low when it came to SKA forwards, as he was 10th in ice time out of the forwards and still found a way to be the most impactful player in the game. Here’s a look at the leaders in time on attack, a stat that measures the time you spend in the offensive zone with your team having possession of the puck. Podkolzin was the second-highest out of the forwards, only trailing Linden Vey. As I mentioned earlier, he was 10th out of SKA forwards for overall ice time, he just spent a bunch of that time in the offensive zone. 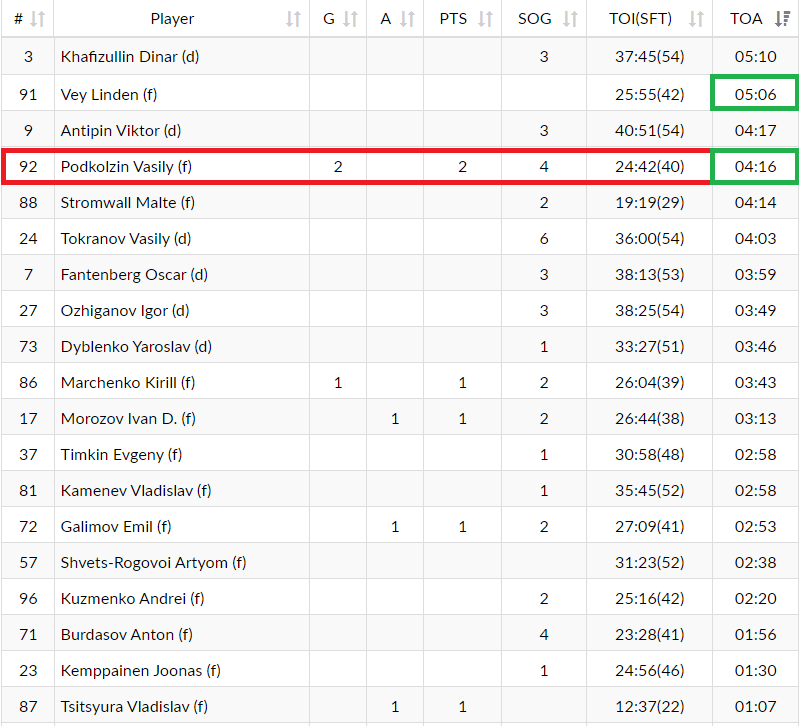 It’s been a heck of a playoff run for Podkolzin even when he has not been getting top minutes for his team. He has been incredibly impactful on both ends of the ice and the points are showing up more and more as the playoffs go on. He is showing that he steps up in the clutch situations and this is a very promising performance for Canucks fans to see.
Podkolzin will be back in action on Monday as SKA looks to continue to battle back from what was once a 3-0 series deficit. Podkolzin isn’t letting this team go down. He has three goals and two assists in the last two games and is single-handedly keeping SKA alive. With all the crap that SKA has put Podkolzin through this season, it’s amazing to watch him keep the team alive in the KHL playoffs.
Uncategorized
Recent articles from Faber