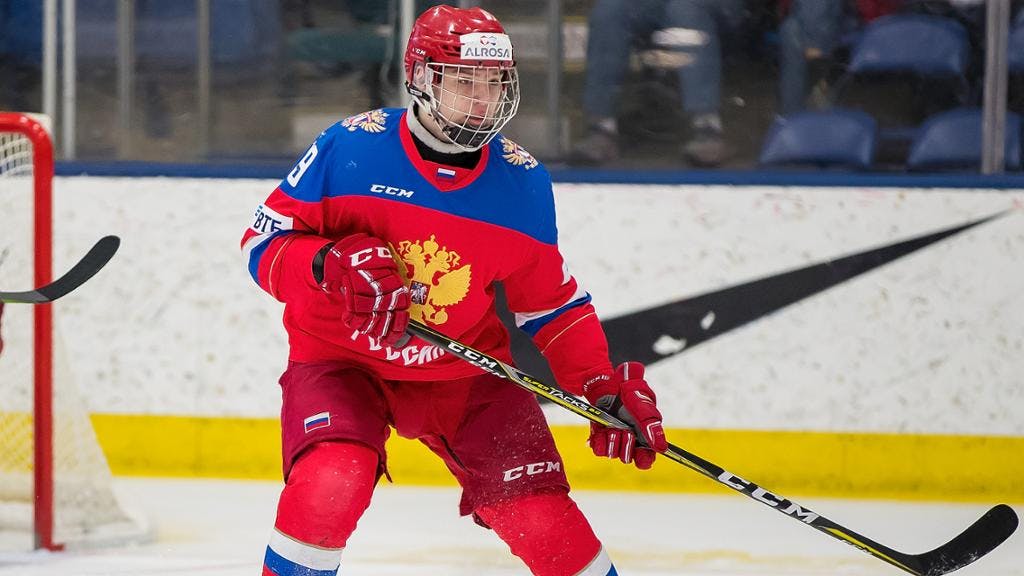 By Faber
1 year ago
He’s been a bright spot for Canucks fans over the past few weeks but it looks like he won’t be in action for a little bit.
Vasily Podkolzin has been playing great hockey over the past few weeks, you’ve seen the articles and clips here at CanucksArmy. Podkolzin has been playing more minutes in the KHL, and was part of the captaincy for Russia at the Beijer tournament. He also only has five more KHL games to go in his regular season.
Those games may be in question after Podkolzin took a shoulder to the head in Tuesday’s KHL game.
Podkolzin had over 11 minutes of ice time late in the second period when he took an elbow to the head in the corner and needed to be helped off the ice.
He did not return to the game in the third period.
It was a scary scene watching him need to be carried down the tunnel and into the locker room. This kid is tough as nails and has come back from some pretty big hits and shot blocks this season. On Tuesday, he stayed down. He tried to get up and skate to the bench on his own but his teammates and trainer assisted him to help get off the ice and into the medical room.
With a head injury, you need to hope that someone on the SKA medical staff gives him the right amount of recovery time. I’m not sure how SKA’s organization operates internally but they do have one of the best medical teams in the KHL and have the best facilities for rehabilitation.
I’d say let’s hope for a speedy recovery, but let’s just hope he gets the right amount of recovery time and is not rushed back into action. Podkolzin is a warrior and I’m sure he wants to get back on the ice as soon as possible. Someone will need to hold him back if this injury is as bad as it looks.
We will keep you posted on all the Podkolzin news here at CanucksArmy.
Uncategorized
Recent articles from Faber