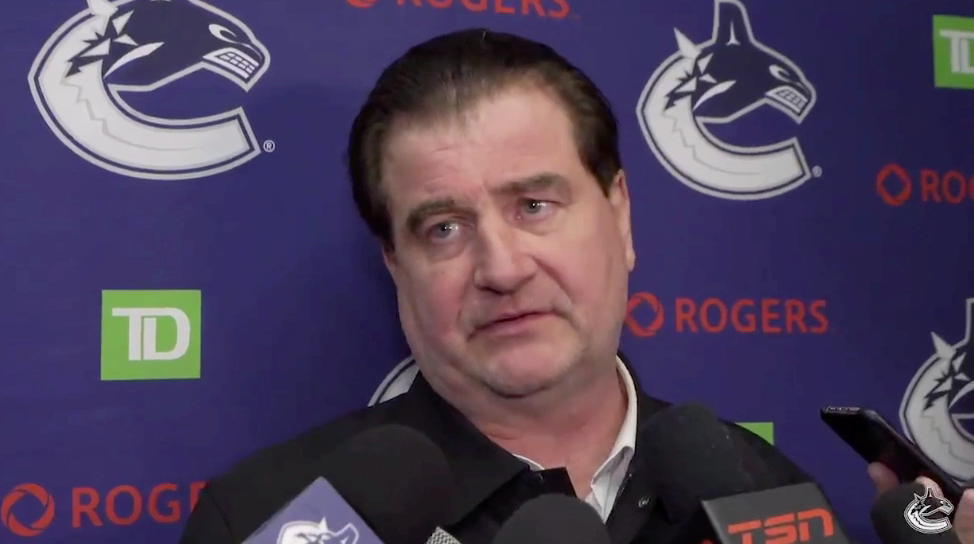 By Faber
1 year ago
The first signed player from the 2021 NHL Entry Draft is no other than Canucks second-round pick, Danila Klimovich.
CanucksArmy spoke with Klimovich’s agent this morning and learned that he will be at Canucks training camp in the fall and isn’t just coming so that the coaches can meet him. He wants to stay and play.
“Danny is excited about signing with the Vancouver Canucks.” said Klimovich’s agent. “He is 100% coming to training camp in the fall and is coming to compete for a roster spot.”
The Canucks now have multiple options with Klimovich after training camp. If he is good enough, he can play in the NHL and get up to nine games to maintain his entry-level contract sliding another year. It’s possible for his three-year ELC to kick in for 2022-23, Klimovich can play a full season in the AHL while getting 1-9 NHL games and still have the contract not kick in until 2022-23.
Ultimately, signing the 18-year-old gives the Canucks control on where he plays next season. There’s a belief internally that Klimovich can crack the AHL next season but now that he is signed, the Canucks can send him to the QMJHL, the KHL or another league to make improvements to his all-around game. No matter where he plays next season, his ELC contract slides a year down the road as long as he doesn’t play 10 or more games in the NHL.
Klimovich is a scoring winger who the Canucks took a big swing on. Since the draft, it’s been a rollercoaster of news as he signed a trial contract with Dinamo Minsk of the KHL. CanucksArmy was told that Klimovich may finish the trial contract with the team as he is able to practice with a team in the second-best league in the world and they are already playing exhibition games.
The kid has impressed in his short time on said trial contract. Klimovich had a goal and an assist in Dinamo Minsk’s only exhibition game of the early preseason.
I had to do some real digging to find these clips…
If Klimovich lands in the AHL next season, it will be great for Abbotsford fans who are starting to see their AHL team come together with players like Justin Bailey, Brad Hunt, and Brady Keeper all being signed on Wednesday morning.
The Abbotsford Canucks need players to fill out their roster and the fact that Klimovich’s ELC can slide a year with him playing unlimited AHL games this season seems like a slam dunk for the AHL team and how they can market the franchise.
Klimovich has an elite shot and is a hard-working winger who is very raw. He did an interview with Dinamo Minsk and spoke about being drafted by the Canucks.
“Very cool. I’ve never given up, I’ve worked. I’ve always strived in that direction. It’s justified,” said Klimovich. “I immediately broke down and ran to the house, where my father was already waiting for me to share the emotions from this event with him. I found out after our mountain training. On the way back, the guys watched the broadcast from their phones. Then, in the locker room, the guys were the first to notice and shout, ‘Klim!! You were drafted by Vancouver.’”
It will be interesting to watch how he matches up against NHL and AHL talent at training camp in the fall.
A final note, I’m told by the agent that Canucks fans should call him Danny Klimovich.
Uncategorized
Recent articles from Faber